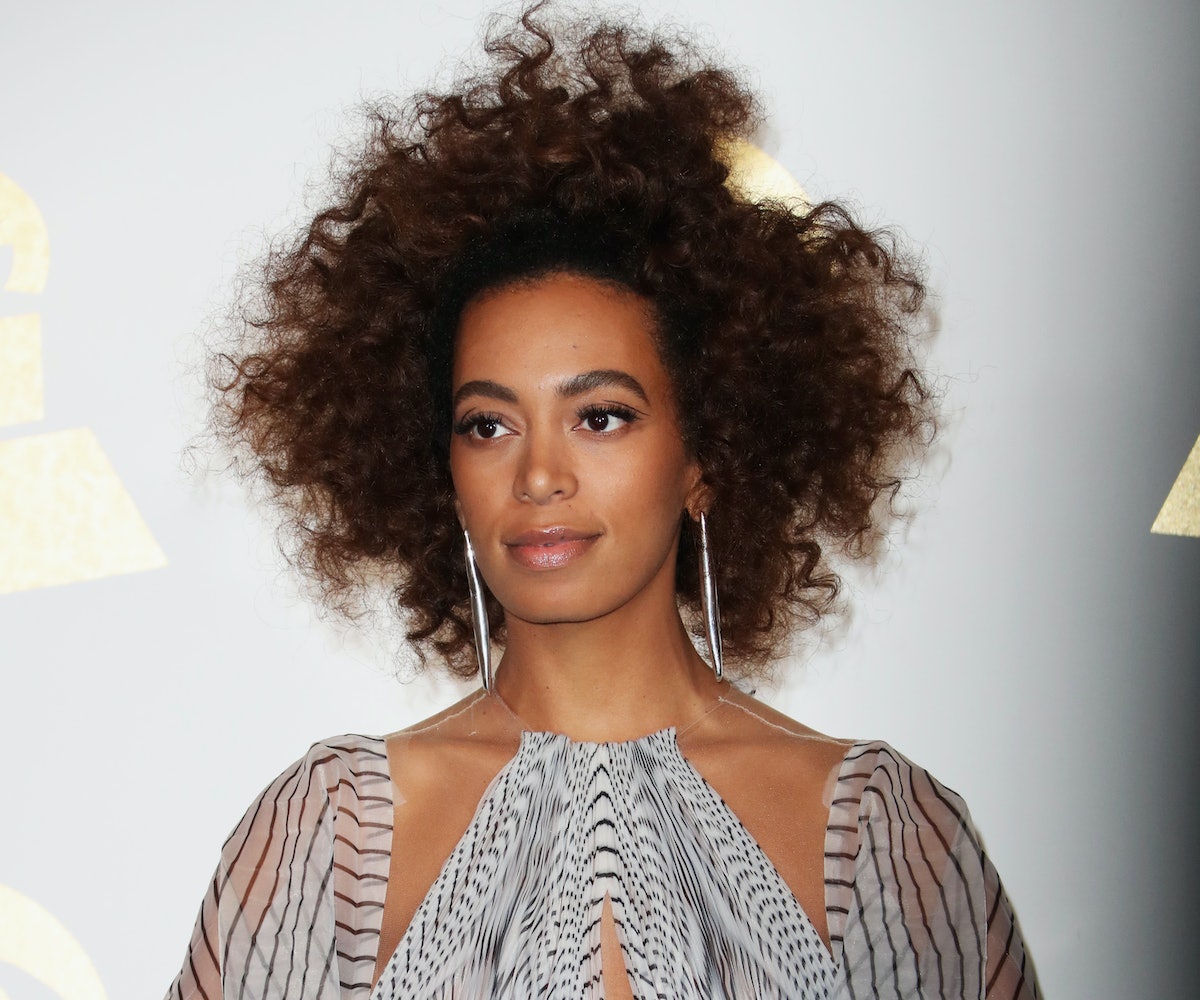 + Solange spilled some serious tea following the 59th Annual Grammy Awards. After winning her first ever Grammy for Best R&B Performance for "Cranes in the Sky," Solo took to Twitter to voice an indirect response to Beyoncé's loss to Adele for Album of the Year. Following a shout-out to Frank Ocean's post on Tumblr about his real reason for not attending the ceremony, she called out the Recording Academy for its racist history (and present).

+ Maryam Nassir Zadeh debuted a line of eight handbags at her NYFW runway show at the Guggenheim Museum. The collection enlists a range fabrics from velvet to patent leather, finding a balance between statement piece and simple everyday use.

+ Emily Ratajkowski recently took to Twitter in defense of Melania Trump. While she's not a fan of Donald, she refuses to tolerate sexist small talk. Gender-based attacks should not be justified, period.

+ Hypebeasts better get ready to don bold prints for spring/summer because Supreme just unveiled its latest collection. The line features zebra print, Obama graphics, and there's even a customized MetroCard. You can now stunt on everybody everywhere.

+ Peter Dundas, the former creative director of Roberto Cavalli and head of Emilio Pucci, brought his first ever solo work to the red carpet at the Grammys. The designer is the mastermind behind Beyoncé's otherworldly costume that channeled African goddess Oshun with a crown of sun rays and intricate gold embroidery. Bow down to this genius.

Show yourself (and the environment) some love today with vegan, gluten, and cruelty-free self-care. Non-toxic salon Base Coat has unveiled a gorgeous line this with all-new products, including a calming soak, body sugar scrub, bath and body oil, body crème, and hand sanitizer. All of the items cost under $40, so you can treat yourself while staying on a budget.

"Girls, if boys say something that's not funny, you don't have to laugh." —Amy Poehler