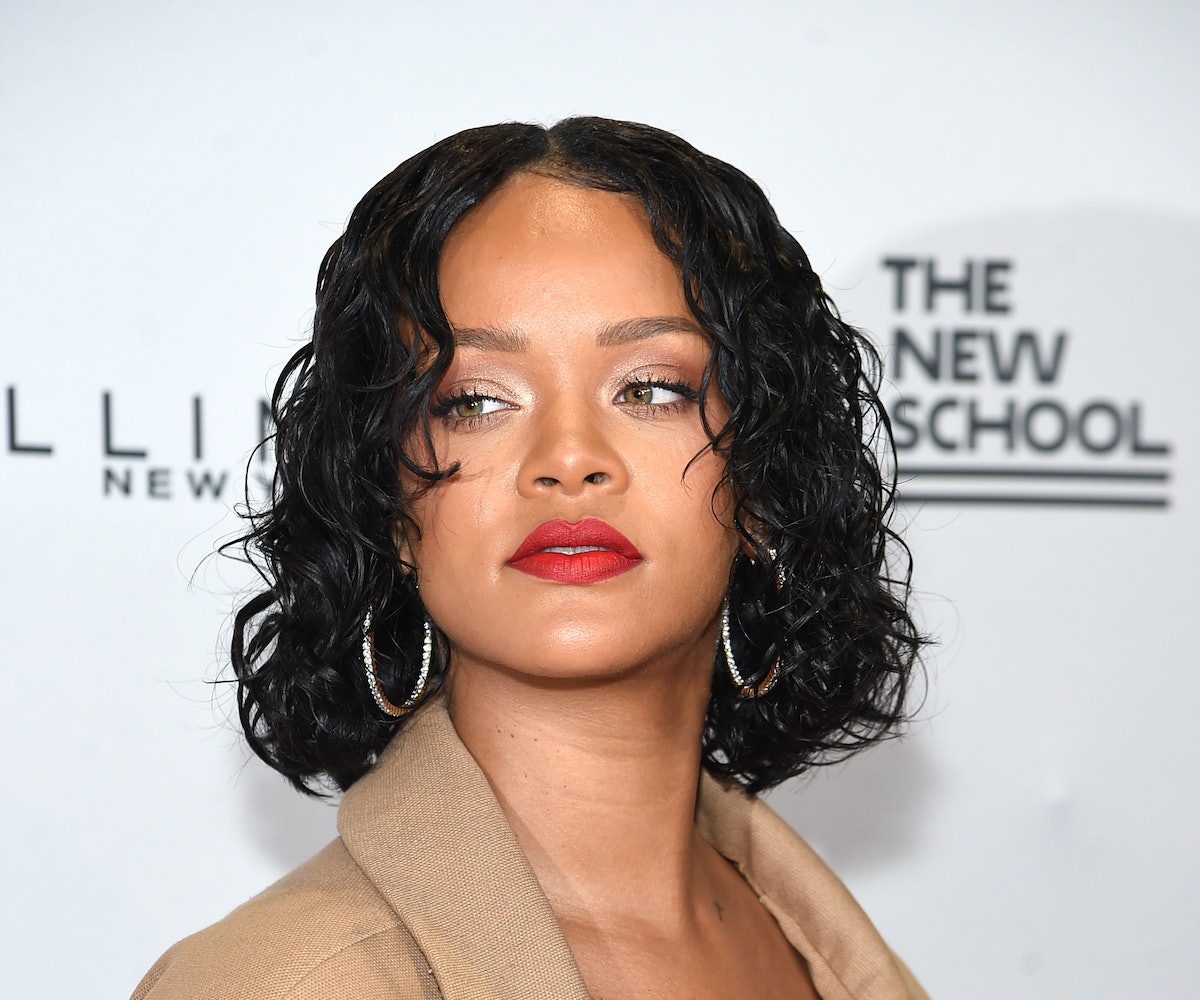 + RiRi strikes again. Rihanna announced, via Twitter, that her long-awaited Fenty Beauty line will officially launch this fall. With the tagline "The New Generation of Beauty," we are expecting something huge. The brand has already created Instagram and Twitter pages, as well as a website, where fans can sign up to receive news and updates.

+ MadeWorn and Roc96 bring us the dopest unisex collection we've seen in a while. Inspired by Jay Z, the collection features graphic tees, printed bomber jackets, furry high-tops, and sick cargo jackets adorned with song titles and lyrics from the rapper's discography. The capsule will be exclusively sold at REVOLVE.

+ British heritage brand Belstaff is serving up summer looks with a new eyewear collection. The collection is in collaboration with Australian brand Imatta and features 18 different styles in four different colors.

+ Troian Bellisario, who is known for her role as Spencer on Freeform's Pretty Little Liars, recently opened up about her struggle with an eating disorder in her new film. Feed, written and directed by Bellisario, give viewers a glimpse of her personal struggle. She told Interview, "I found there were so many people who thought that it was about losing weight or being skinny, and I couldn't quite get them to understand that it was about control on a very, very literal level." The film is set to release this July.

+ It appears that selfies could make your flying experience more efficient. JetBlue is introducing new technology that will allow passengers to board their flights with just a selfie. As the first airline to integrate biometric face recognition into their boarding process, they will be eliminating the need for paper or electronic boarding passes. After security, passengers will step up to a camera that will take their photo, which will then be run through the U.S. Customs and Borders Patrol's database, and a monitor above the camera will inform them if they are clear to board the plane. The future is now!

For Love & Lemons is launching their first-ever bridal line today, and it's everything we could have hoped for. The collection includes dreamy and elegant styles for bridal showers, rehearsal dinners, and the big day itself.

"I don't want other people to decide who I am. I want to decide that for myself." —Emma Watson