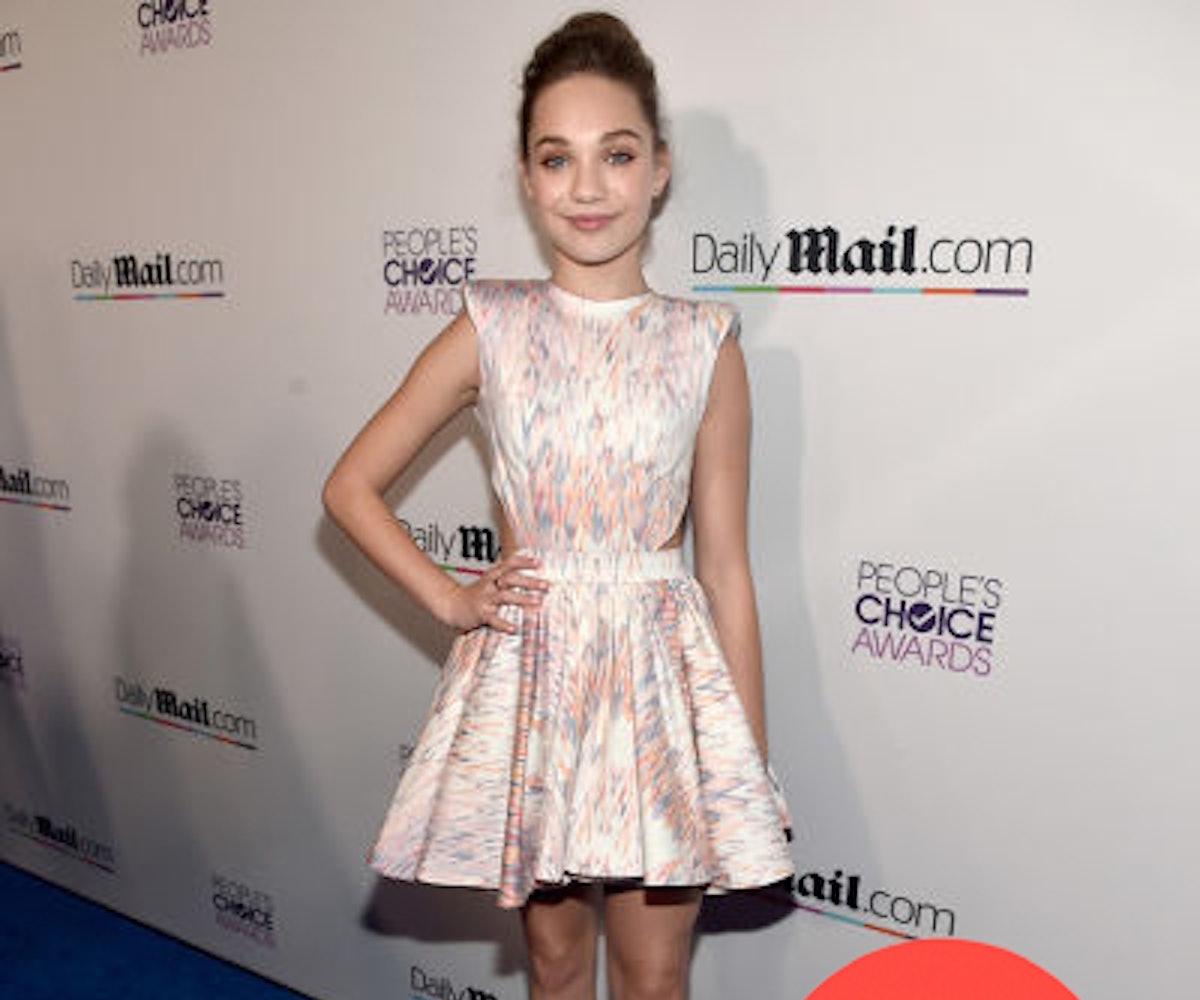 Everything You Do Is Right Day!

+ Maddie Ziegler has just announced some big news—after six seasons, she’s leaving Dance Moms. She told People in an interview, “I am leaving, but it’ll be a good thing because we’re moving on to cool things.” That she is—after earning her title as Sia’s music video muse, she’ll now be judging the kids version of So You Think You Can Dance, dubbed The Next Generation, later this spring.

+ Just in time for her keynote speech at SXSW, streaming at 10:30 this morning, Michelle Obama has enlisted some major girl power to create a power anthem called “This Is For My Girls” to support the Obama administration’s Let Girls Learn initiative and the White House’s #62MillionGirls campaign. Zendaya, Missy Elliott, Kelly Rowland, Janelle Monáe, Kelly Clarkson, Chloe & Halle, Jadagrace, and Lea Michele have all lent their vocals to the track, written by songwriter Diane Warren. Check it out below.

+ MIA has just announced that she’s joining forces with H&M for a great cause—a charity initiative involving recycling clothing. In honor of World Recycle Week, customers can bring their unwanted clothing to H&M in exchange for store credit  The event will take place between April 18 and 24, following the release of her new music video on April 11, in which she’ll be touching on the impact landfills have on the environment.

+ Brace yourselves, Paris Hilton is recording a new song. She took to her Instagram to announce that she's in the studio recording her #SummerSingle. Will it be the biggest hit of the summer?

+ While we may not agree with the song title, Tacocat has just released a feel-good new music video for the lead single off of their new album, Lost Time, called "I Hate the Weekend." Check out the video, and a chihuahua dressed as a lobster, below.

Westward Leaning has just released two new sunglass styles, Dyad and Pharoah, now available online. Aside from being totally adorable, they’re also charitable—each pair features a unique material on the frame’s temple, which directly correlates to an associated charity, which will, in turn, receive a minimum donation of 10 percent of net proceeds from the brand. Shop the new styles here.

"I worried that people wouldn't like me. Now I try not to worry and focus on being happy." —Lea Michele