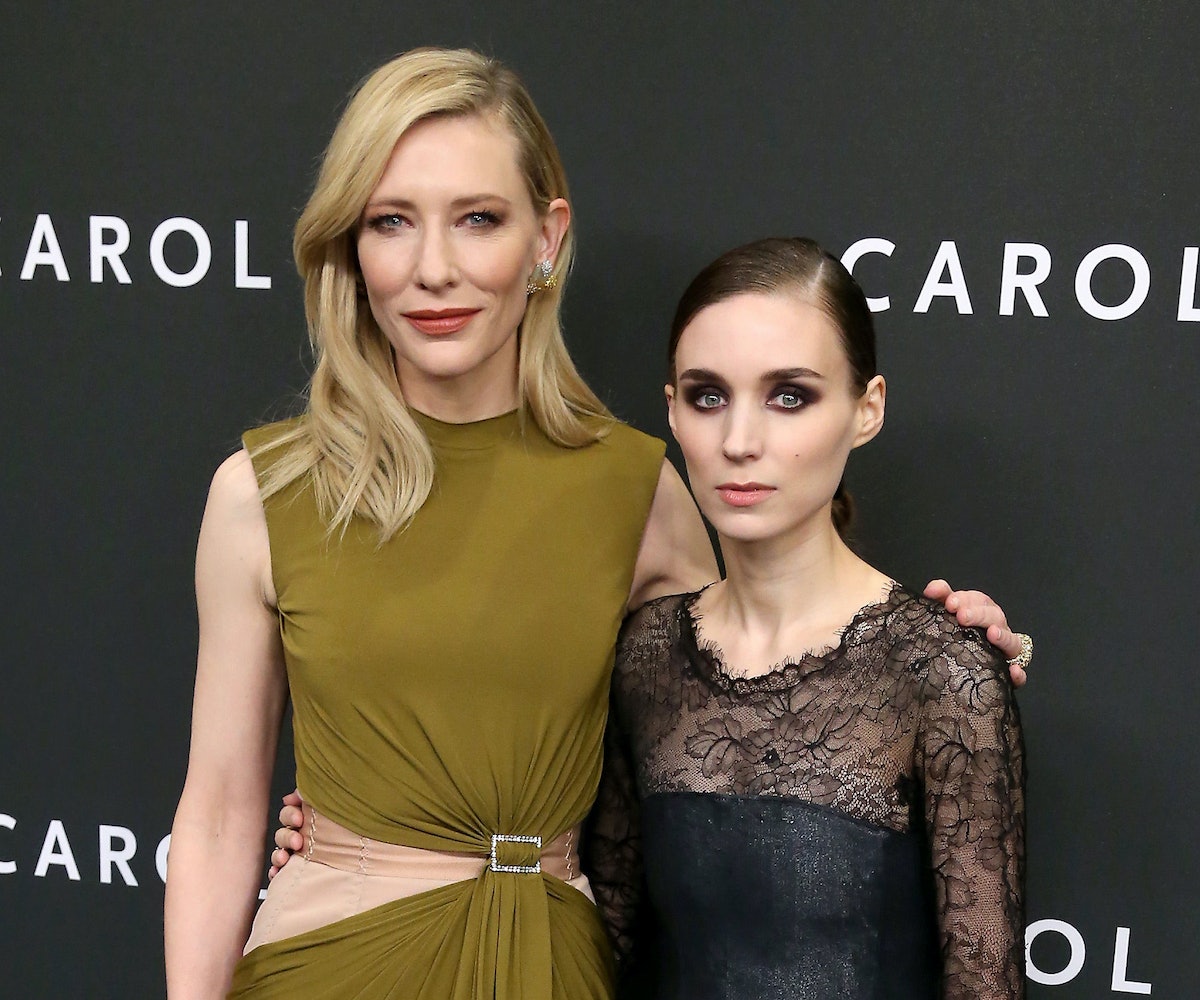 Last month, we could barely stay in our seats when the official trailer for Carol was released. Then another trailer dropped, and it was even more intense than its predecessor. Directed by Todd Haynes, the film is based on Patricia Highsmith’s novel The Price of Salt, which is about the love affair between a New York divorcee (Cate Blanchett) and a retail assistant (Rooney Mara). Today, The Guardian shared an exclusive clip from the film, below—Blanchett and Mara enjoying a romantic dinner together until they are interrupted by a friend. The scene is a little dry, but the tension is steamy. Carol comes out in theaters worldwide on November 27.