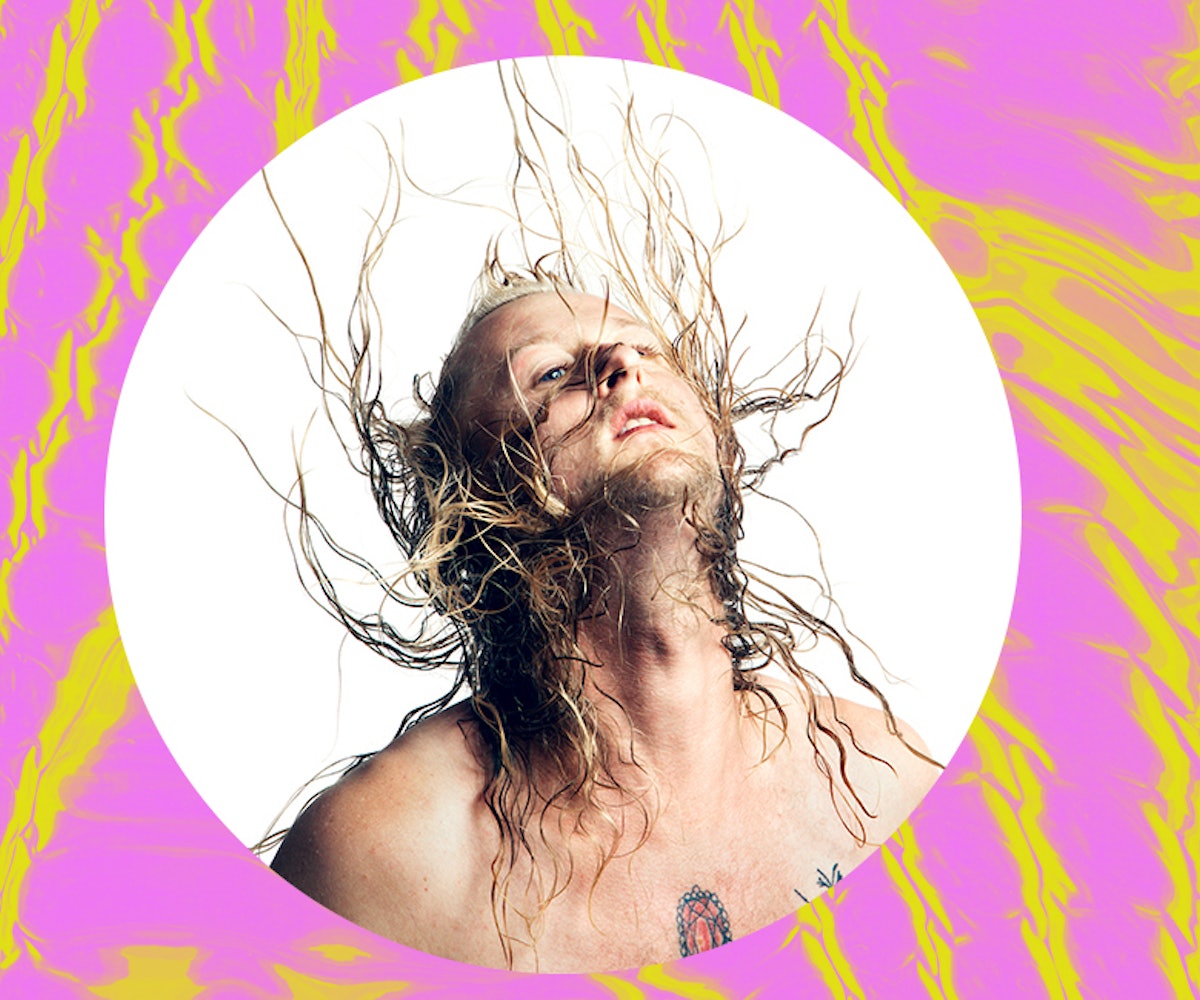 There's a palpable tension at the heart of Colin Self's second full-length, Siblings, a sensation only heightened in the wake of Trump's proposed anti-transgender civil liberties memo. Throughout the album, Self repeatedly asks: What does queerness mean, when we're denied even the possibilities of language to define and understand ourselves? What do you do to continue on anyways?

That question animates the operatic “Foresight,” in which Self, seemingly willing himself onward, sings, “We push our good fight, refuse being put aside/ We are proof of the foresight, of the story we write.” It's clear that Self continues to find himself always in a process of discovery, no chance to settle into a world so ready to deny the right of him and his non-biological siblings just to continue living.

The release of the Siblings album is only one small piece of Self's ongoing work. Although it's just his second proper album, Siblings is the conclusion of a six-part operatic work called "Elation," with Siblings premiering at MoMA earlier this year. Self also leads Xhoir, a “non-utilitarian vocal workshop,” that engages Self's interest in alternative forms of kinship. With Siblings out on today, NYLONasked Self about Donna Haraway, the idea of queer legibility, and what it means to be “forever in transition.”

How do you relate your understanding of queerness to the work you do?

It feels hard to talk about queerness in a place that has to do with anything related to something that's for sale. I definitely feel like whatever concept of queerness lives in my life, I want it to be completely unhinged from anything that has to do with profit or productivity. But, at the same time, I'm conscious of the fact that so much of my lived experience comes from having had this last decade of my life very much painted by the fact that I've lived inside all of these non-biological families. Queer relationships are at the core of this record and what drew these songs together.

There's this thing that queer spaces are both forever in transition and they don't last very long, they're very temporary. David Wojnarowicz has this whole thing in his book, Close to the Knives, where he talks about being forever in transition, and that feels strangely like what the last decade of my life has been like. There is no destination, and that is something to be celebrated.

I think what's interesting is that, in some versions of queer or feminist critiques of the nuclear family, you don't always get to fully understand what the alternative looks like unless you're actually living inside of it, as you have. How do you hope to articulate that feeling within the album?

A big part of the conversation when we're making the performance version of this album, we kept coming back to this idea of legibility. So much of what is experienced living inside a queer body is the concept of legibility to the outside world, and the question of, like, who do we need to be legible for? Having to make the personal decision: Do I want to make myself legible, or pass as blank to exist in a world dominated by heteronormative expectations? It also connects to what the artist and author Every Ocean Hughes, who wrote this whole book on uncounted experience, [said]. I think that has so much to do with this question about articulation: queer experience being uncounted experience, the sort of stories that don't get named or seen, or they're only measured as a threat to a preexisting system. At least for me, it's meant to be something that's not legible to everyone. It's a matter of being honest: If I tried to make myself legible to everyone, I'd be a fake-ass bitch.

That's not all queer experiences. But a lot of the people involved in making Siblings encounter this experience in public where they are very conscious of the fact that they are illegible, or in some way don't make sense.

I feel like there are moments where you take familiar-sounding forms of music, and then make them quite ugly and strange, like the opener “Story,” which basically has a dubstep drop inside of it, but not like any other I've ever heard.

For "Story," I was almost thinking of this musical narration that has to do with narrative agency itself and the crisis that we're in today. Whose stories are told, whose get heard, whose determine our lived experience? The scarier sounds represent the struggle of being a part of this strange time in history in which there's a very contentious thing about what stories determine our future, and who's listening to who, and who we give power to by letting certain people control language. You've got the trans ban, and this administration is literally using a word to say that certain people don't exist.

The song itself enters into this chaotic sound, but the voice prevails. There's this triumphant capacity to rise above all of that, but I think the story has to go through that in order to reach the celebratory end.

Two figures important to your work are Donna Haraway and Holly Herndon. How does their work inspire what you're doing?

Donna Haraway has been with me since I was a teenager, when I was first given a zine version of "Cyborg Manifesto." That just blew my mind open at age 16, being approached by what was for me a series of revelations about who I am and what we are and how we exist in the world. But with Holly, it's so strange, we had a digital relationship for many years before we actually met in person. Our initial relationship was through digital means, so we had this strong connection, we were both pursuing these things that had to do with computers and bodies and cyborgs from far before we actually met in person. We had this ongoing dialogue, and it felt like I had found someone I really cared about. I've always been surrounded by women who have influenced me in driving the narrative about queer or feminist politics in relation to computers and technology.

There's a song, "Foresight," which points to the reality that we don't have news stories talking about collective resistance, or care, or community organizing, because these stories, which are happening all the time, aren't seen as important as a bomb threat. There's this reality that the things that get clickbait, that evoke the emotion of anger or fear out of us, those things will automatically be given more attention than a story of interdependence. If you looked at CNN as a model of what's happening in the world, it's just a portion of reality. We have to increase the attention to the stories that may otherwise be untold or uncounted. How many people have done incredible activist work or have made beautiful work, and we never get to see it because it wasn't deemed by capitalism as effective or important? That conundrum itself is not just about people, it's about stories, how we listen to each other or don't listen to each other.

Siblings is out now.