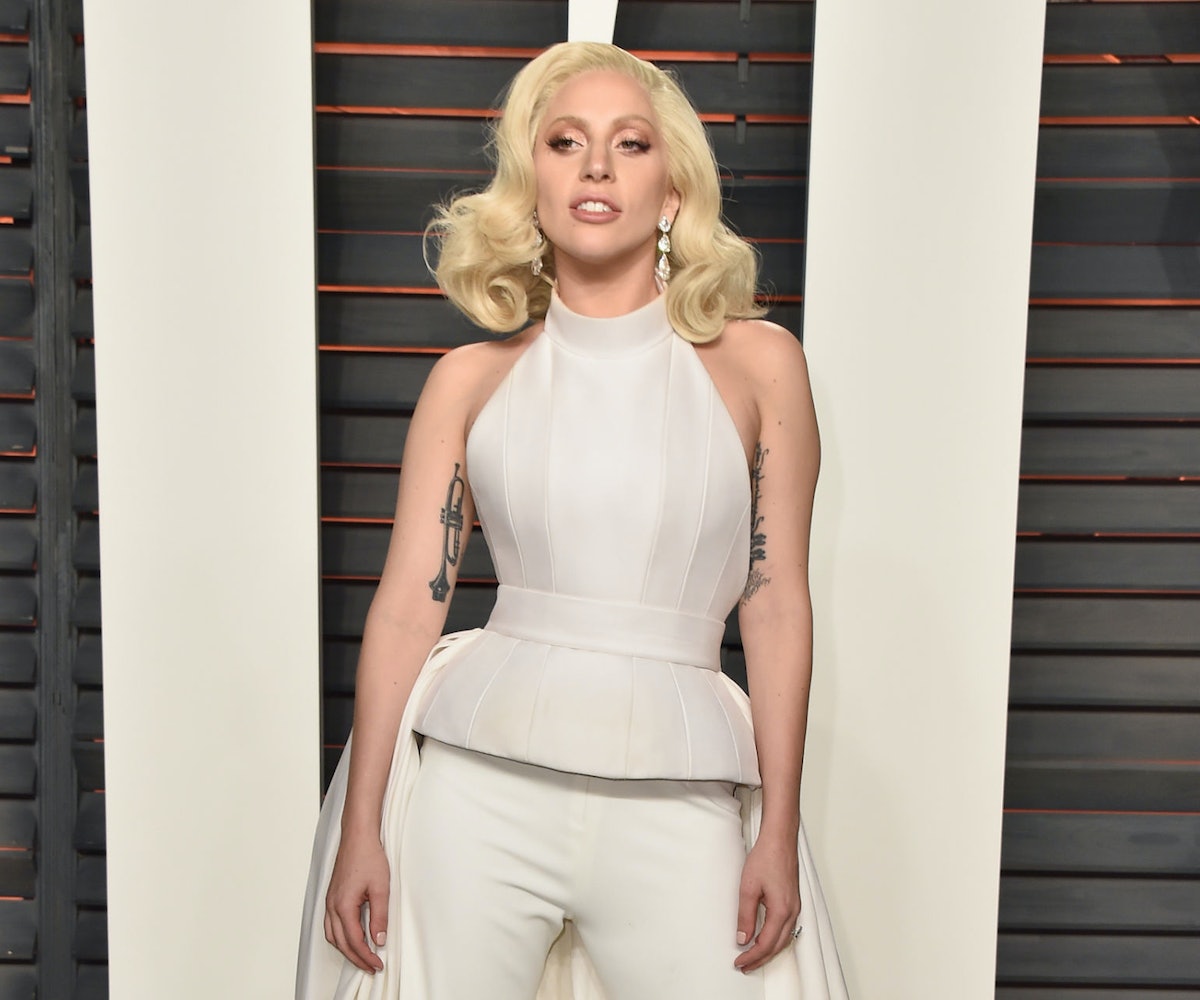 One of the most enduring images from last Sunday's Oscars will be Lady Gaga on stage with scores of survivors of sexual violence. During her performance of "Til It Happens To You," which appears in the campus rape documentary The Hunting Ground, the singer was joined by an enormous group of survivors who all displayed empowering messages written on their arms. Gaga is, of course, herself a survivor, which lent the performance even more weight.

But although Gaga has spoken about her experience on multiple occasions, she revealed yesterday that some of her closest relatives were unaware of her story until Sunday night. In an Instagram post featuring her aunt and grandmother, Gaga reveals that she shared an extremely emotional conversation with her grandmother the day after her performance:

My grandmother (in the middle) and my Aunt Sheri (on the right) both called me the day after the Oscars because I never told them I was a survivor. I was too ashamed. Too afraid. And it took me a long time to even admit it to myself because I'm Catholic and I knew it was evil but I thought it was my fault. I thought it was my fault for ten years. The morning after the Oscars when I talked to my grandmother Ronnie, with tears in her eyes I could hear them welling through the phone she said to me "My darling granddaughter, I've never been more proud of you than I am today." Something I have kept a secret for so long that I was more ashamed of than anything—became the thing the women in my life were the most proud of. And not just any women, the ones I look up to the most. #BeBrave #speakup #tilithappenstoyou

Gaga once again reminds us that the greatest weapon against sexual violence is one's own voice.