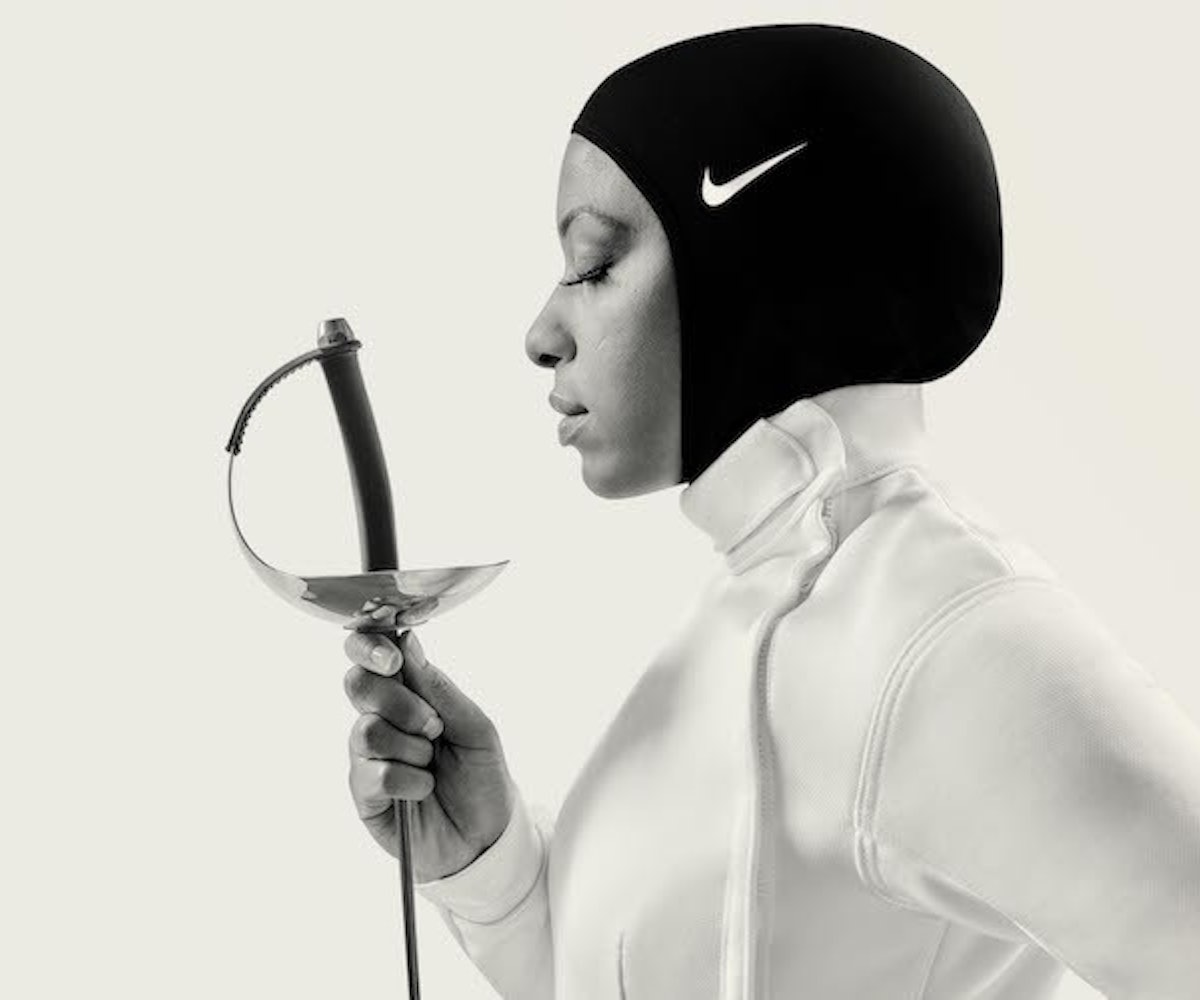 Back in March, Nike announced that it had its first performance hijab in the works—a breakthrough design and a major moment for Muslim female athletes. The design was a year in the making—and months later, after tons of athlete testing and feedback, it’s finally here.

Lightweight, soft, and breathable, the Nike Pro Hijab has been designed to be inconspicuous and unobtrusive—something crucial to any hijabi athlete on the field. It’s available in two sizes, XS/S and M/L, and comes in two neutral colors, black and obsidian.

Of course, the Pro Hijab wouldn’t be complete without a badass campaign to back it up. The sportswear giants tapped three fierce all-star athletes, American fencer Ibtihaj Muhammad, German boxer Zeina Nassar, Emirati figure skater Zahra Lari, to be the faces of this revolutionary—and necessary—new product. The women spoke to Nike about the struggles they faced with traditional hijabs when it came to playing their sport, and how the Pro has been a game-changer and a symbol of empowerment. You can read the full interview, here.

The Nike Pro hijab is available for $35. You can shop it now exclusively in Macy’s stores and, starting December 7, on Nike.com and in Nike stores. Check out the campaign, below.