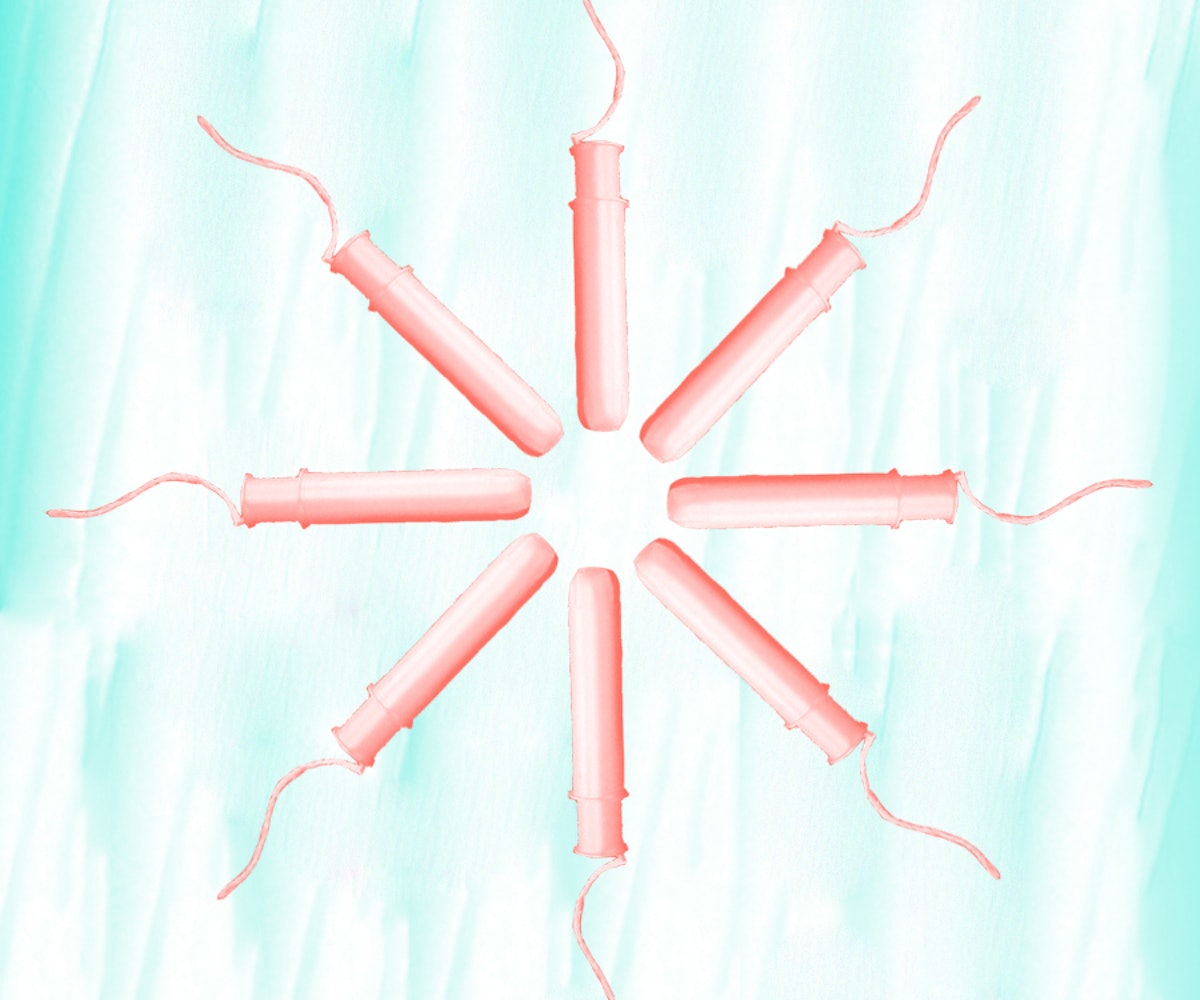 Because the best things in life are free (i.e. perusing Britney Spears' Instagram), the worst things in life tend to cost a lot of money. Well, maybe "worst" is an overstatement, but the fact is that a lot of the annoying essentials in many women's lives are relatively expensive, and consume funds that could more happily be spent on just about anything else. Perhaps chief among these essentials are tampons, a monthly expense that many women have to pay for decades of their lives. But luckily for millions of New York women, tampons just got a little bit more affordable: Yesterday, Governor Andrew Cuomo signed a bill that would eliminate the sales tax on all feminine hygiene products.

In a statement from the governor's office, Cuomo says that this more than 50-year-old tax is one "that women have had to pay for far too long and lifting it is a matter of social and economic justice.” The so-called tampon tax was instituted in 1965 and has disproportionately increased the economic burden on women since then. (When President Obama was once asked about the reason for the existence of the tampon tax, he replied: "I suspect it's because men were making the laws.") The absurdity of there being tax on tampons while other common drugstore products like dandruff shampoo were tax-exempt for medical reasons was not lost on many New York women, including Broadway actress Margo Seibert, who brought a lawsuit against the state's taxation department, explaining to Cosmopolitan magazine earlier this year, “Menstruation products are essential and it is time to acknowledge that access shouldn’t depend on who can afford them. It’s time to talk periods.”

With this legislation, New York becomes the sixth state to pass legislation to abolish the tax, but 40 other states still have it (though many are faced with lawsuits similar to Seibert's). Hopefully, though, as New York goes, the nation will follow. Women are faced with undue economic burdens simply based upon the fact that they are women, and alleviating these costs is one of the most profound ways in which our society can begin to address the real costs of living in a patriarchal society. (Need proof? When the tampon tax came up for debate in Utah, its viability was debated by an 11-person all-male panel, which, of course, voted to keep it in place.) Tampons—and alternatives!—should be as affordable as possible, and readily available for those who can't afford them. They are a necessity for so many women and yet viewed as a luxury item by many of our legislators. The end of the tampon tax in New York is certainly one step toward freeing the tampon (Governor Cuomo estimates this will put $10 million back into the pockets of New York women every year), but it is only the beginning of a journey toward guaranteeing that all women have ready access to the resources they need in order to live healthy, safe, productive lives—without spending a fortune. So, you know, #FreetheTampon and the rest, we hope, will follow.