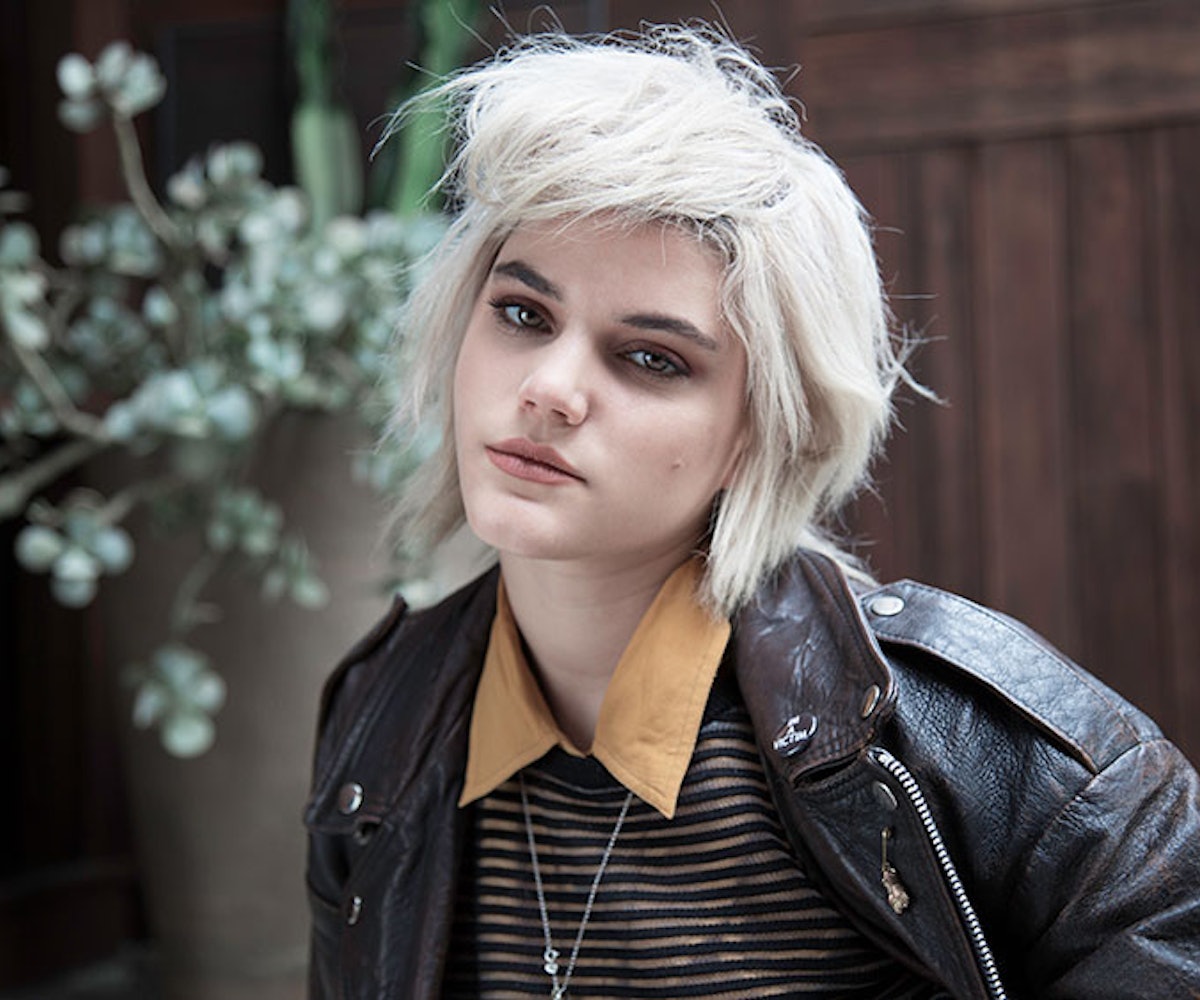 We're already a quarter of the way into 2015 and we've already heard some of the best innovative music of the decade. From Dev Hynes to Soko, click through the gallery to see our picks for the top 25 songs of 2015 (so far). The ultimate spring playlist has arrived. We have the song-by-song breakdown, but you can check out the whole Spotify playlist for the entire shebang at the end.

This is easily of the best tracks of Diamandis' album FROOT, and for good reason: it's her mea culpa for past wrongs. Hayden Manders, Staff Writer.

When I was a young whipper-snapper carrying around a bass guitar I didn't play very well and wearing floral Doc Martens, I didn't know it at the time, but I wanted to make the type of music Wolf Alice makes. With a distinct '90s girl vocal with a totally 2015 epic wall of sound, it makes my heart happy, but also nostalgic for something that maybe never existed. Leila Brillson, Digital Director.

Soko described this psychedelic indie surf rock anthem as the "most lesbian song" from her new record. Filled with "fuck you" lyrics and feminist overtones, this is one jam every badass girl can get down to. Yasmeen Gharnit, Editorial Assistant.

Annie Clark wrote this graceful trip down memory lane about her tight-knit group of high school friends—the kinds you drink alcohol with before you knew what alcohol is. We first heard it at the end of an episode of Girls, but it was during a performance on The Tonight Show when the song’s nostalgic beauty truly shone through. Ben Barna, Senior Digital Editor.

Though MS MR has traded in their swirling downtempo for something a bit more driving, the drama of songs like "Hurricane" is still totally present, and somehow even more anthemic in the mega-jam that is "Painted." Like a chant before a fight, this is complete proof that the catchiness of "Hurricane" wasn't a fluke. LB

Much like Twigs' other songs, "Glass & Patron" employs the artistic synth fusion that fuels daydreams. It seems like it was made for weirdo interpretive dance halls. We dig it. YG

Dev Hynes and Neneh Cherry are two shape-shifting artists, so it makes sense that this collaboration sounds like nothing we’ve heard from them before. Commissioned by British department store Selfridges with the goal of promoting gender neutrality awareness, “He She Me” manages to sound both retro and futuristic at the same time. BB

It's not often that you hear bouncy club tracks with soul and a heavy handful of indie credibility. But alas, Major Lazer managed to do just that with this multi-cultural track. YG

It might not be as anthemic as "We Are Young," but you're going to be singing the "na-na-nas" all season long. HM

Not to date myself here, but the last time I got the feeling I get when I listen to Hudson Mohawke's new album Lantern was when I dove headfirst into RJD2's Ghostwriter. Both looked at current trends in hip-hop and infused them with vintage-sounding hooks, creating a sense of timelessness. The straightforward nature of "Ryderz" is a new approach to hip-hop beats; it's no reason HudMo is Kanye's obsession. LB

This infectious funk track is robust with cultural references and perfect for mean-mugging down the streets. YG

If there's something better than a bubbly pop song to jump along to, we've yet to find it and Cheat Codes' "Adventure" has it all. HM

Okay, so, okay: Clearly I am into dramatics these days. And that's fine. I like slow drums, echoey synths, and big, volcanic vocals. Sue me. Fortunately, Zella Day's "Sacrifice" gives me all of these things, and makes me want to sing it very loudly in a field during a downpour. Is that a thing? Let's make it a thing. LB

Although "Ship to Wreck" will likely be Florence's top charting hit off her new album, "What Kind of Man" has a fascinating combination of harshness and delicacy that sticks with you long after one listen. YG

Even though this is a track off Jamie xx’s upcoming solo album, a stunning vocal performance from his xx bandmate Romy makes this festival-ready track feel bracingly familiar, like a warm embrace from an old friend. BB

A little melancholy never did anyone harm, and you know Ben Gibbard & Co.'s got that genre down pat. Bring on the grade school feels. HM

Pretty sure Drake killed it on the pop culturally relevant 2015 lyric front with this one. YG

20. "Bitch Better Have My Money"—Rihanna

Not only is this basically a triumphant middle finger to all the forces that work against her as a female artist, it's a reminder that the Rih-turn is nigh. Prepare yourselves accordingly. HM

While I've been hearing this song on the blogosphere for the last few months, it just came out (end of March), and it is a jam. It is a boogy jam. It is a super duper, butt-shaking, if-no-one-is-dancing-you-have-bad-friends jam. Big Data is dance music for smart nerds, which is perhaps the highest compliment I could possibly give. LB

Jack Antonoff and Claire Boucher aren't exactly the most obvious duo, but they work. 2014's "Take Me Away" was a standout on Bleachers' debut album, and "Entropy" is another gem. It's a moody, lighthearted track that's bound to become the theme song to every twentysomething's existential crisis. HM

This week Tyler, The Creator pulled a Beyonce and dropped his brand new album, Cherry Bomb, out of thin air. Featuring delirious guest verses from both Kanye West and Lil Wayne, this is the album standout. It's pretty much the opposite of radio-friendly—profane, meandering, no hook in sight—but it's a prime example of three emcees having a blast with their own talent. BB

"Ego" seems to be pure bubblegum pop at first, but like the 22-year-old Swedish musician's other songs, it's pretty badass. Don't be surprised if you find yourself muttering this song under your breath. It's impossible not to. YG

Diplo and Skrillex's new project Jack Ü debuted one of the most eclectic LPs of 2015 and nestled among the four-to-the-floor beats was this sleeper hit. It's always a pleasure when Diplo turns himself down for a song, and "Where Are Ü Now" is a shining example of the duo going hard in the paint. Plus, Justin Bieber hasn't sounded this good in a while. Perhaps he should stick with these two EDM tycoons for while." HM