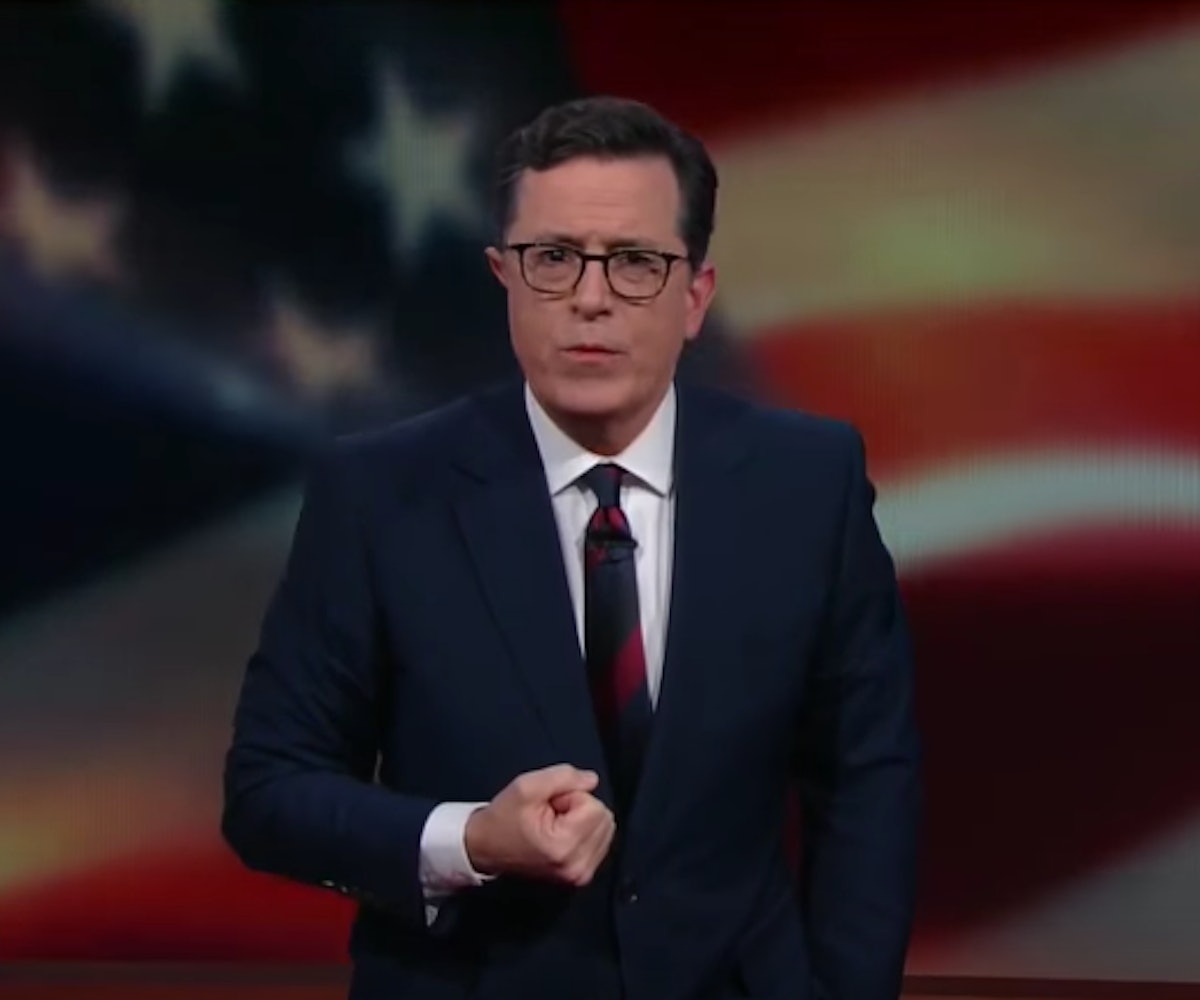 If you, like many people around the country and around the world, woke up today in a state of post-election disbelief, it’s important to collect your thoughts and make sobering sense of what happened. Almost as soon as Donald J. Trump was projected by news organizations to become the 45th President of the United States, the internet became a place of reckoning and of mourning, with pundits and writers and talk show hosts sharing their thoughts on what, to many people, feels like a national tragedy of immense proportions. There will be many takes and think pieces and monologues in the days and weeks to come, but right now, in the immediate aftermath of what felt unimaginable just yesterday, here are some of the essential reactions to soak in.

- Somehow, New Yorker editor-in-chief David Remnick managed to pen a thoughtful and deeply sad eulogy that, at 2:40am, was posted just as Trump’s victory became a sure thing. He writes:

The election of Donald Trump to the Presidency is nothing less than a tragedy for the American republic, a tragedy for the Constitution, and a triumph for the forces, at home and abroad, of nativism, authoritarianism, misogyny, and racism. Trump’s shocking victory, his ascension to the Presidency, is a sickening event in the history of the United States and liberal democracy. On January 20, 2017, we will bid farewell to the first African-American President—a man of integrity, dignity, and generous spirit—and witness the inauguration of a con who did little to spurn endorsement by forces of xenophobia and white supremacy. It is impossible to react to this moment with anything less than revulsion and profound anxiety.

- When Stephen Colbert took the air last night for his election special on Showtime, the mood was festive. Colbert was as outspoken against Donald Trump as any of his late night peers, and he, along with his studio audience, surely expected to be celebrating a Hillary Clinton victory. But as the night wore on, and the results became more grim, a visibly shaken Colbert had to make a live pivot. He ended his special—when the outcome was not final but essentially a given—with a moving monologue that dissected the vitriolic election that was and also tried to pave a path forward.

- Andrew Sullivan, who has been doing great work for New York magazine during the election, wrote a heart-stopping piece that puts into very crystallizing and terrifying words the reality in which we now live:

This is now Trump’s America. He controls everything from here on forward. He has won this campaign in such a decisive fashion that he owes no one anything. He has destroyed the GOP and remade it in his image. He has humiliated the elites and the elite media. He has embarrassed every pollster and naysayer. He has avenged Obama. And in the coming weeks, Trump will not likely be content to bask in vindication. He will seek unforgiving revenge on those who dared to oppose him.

- One of the most damning takes on the American election came on Canadian television, with commentator Danielle Moodie-Mills calling Trump’s victory “white supremacy’s last stand in America.

"I have nothing left to lose so I will say it: This is white supremacy's last stand." This clip sums up #ElectionNight. pic.twitter.com/W5wXlcMRdl — MAX IM A KOOPA (@meakoopa) November 9, 2016

- In a clip that has already gone viral, CNN commentator Van Jones helped coin the term “whitelash,” to characterize the racial implications of a Trump win.

- There is nothing funny about what happened last night, but leave it to The Onion to maybe find the one sliver of humor that exists today with this utterly pitch-perfect headline.

- Conor Friedersdorf, a frequent critic of Trump's at The Atlantic, honorably writes that he wishes Trump the same success that he would wish any president, but not before laying out his strong and warranted doubts. He also offers us insight into how we can tangibly prepare for a power-drunk Trump run amok:

This is a good time to write congressional representatives to remind them that, regardless of their partisan affiliations, they have a constitutional responsibility to check the executive branch. It is a good time to donate to organizations like the ACLU that fight to safeguard the civil liberties of all Americans, regardless of background or ideology. It is a good time to remember that the excesses of a Trump presidency could be mitigated, in a way that spares countless people injustice, if citizens who worry about such things are especially active this next four years, rather than so horrified by this cycle's results that they retreat away from politics. The most vulnerable Americans need them engaged and trying to win converts.

- Stephen Marche at Esquire has written about the end of American greatness, comparing this country to other countries who have been overtaken by xenophobia:

American stature around the world will never recover from last night. The idea of American exceptionalism was probably always stupid, but at least it had a few important facts on its side. What happened in Europe can absolutely happen in the new world. We see that now. America is just another victim of the global trend. It elected a strongman, like Putin in Russia, like Duterte in the Philippines, like Modi in India. The trends that led to a Trump victory are the same ones that are racing across Europe: xenophobia, economic insecurity, and the rise of the nationalist right.

NEXT UP
Life
Get To Know Libra, The Social Butterfly Of The Zodiac
Life
Jennifer Coolidge Checks Back Into ‘The White Lotus’
Life
Alison Roman Is Getting Her Own Cooking Show
Life
Demi Lovato Slams Child Stardom