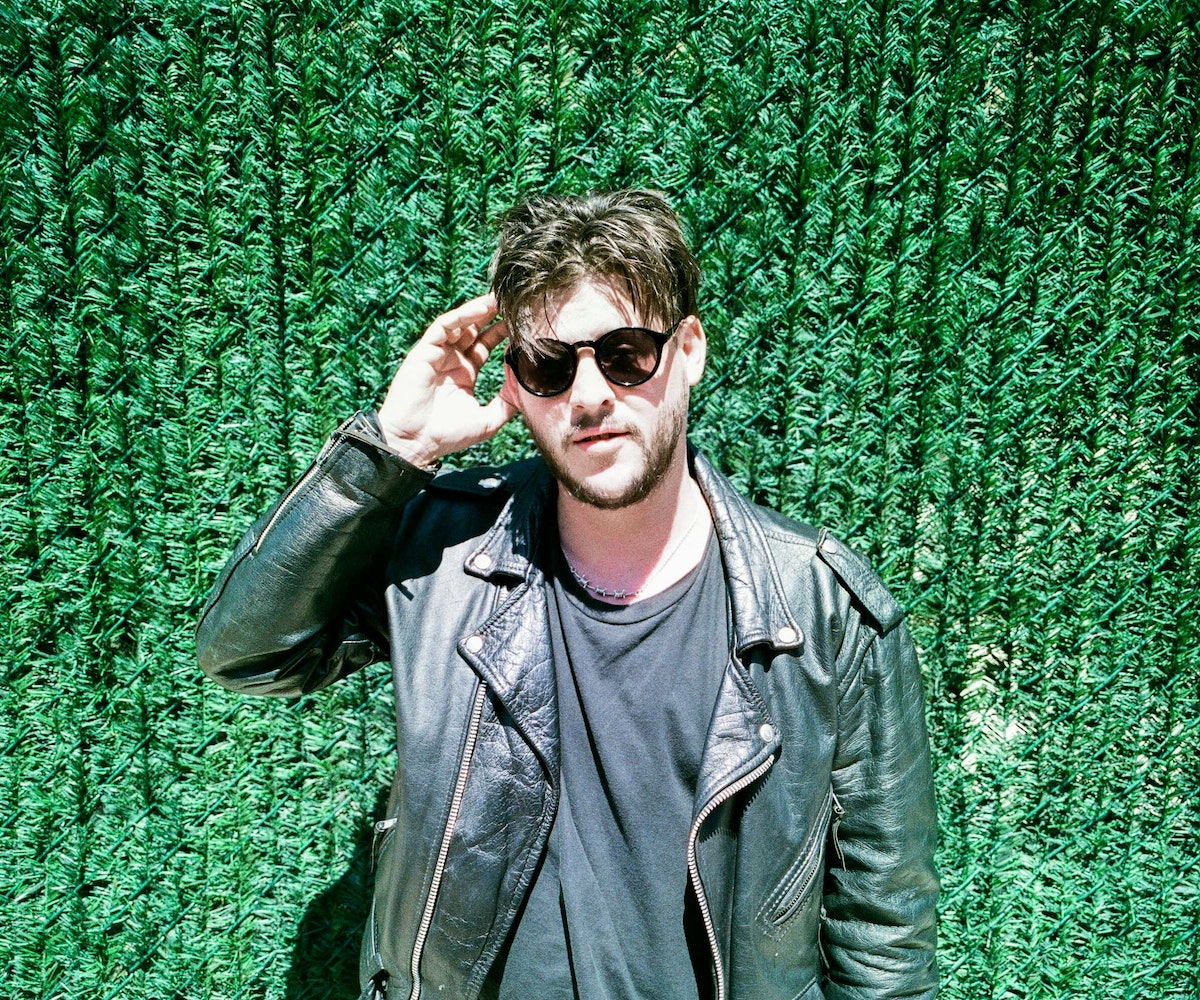 Nothing about Wavves is chill. Even though the four-piece band is based in California, they're not churning out songs for sunny days on the beach. Instead, Wavves floats between the realms of garage pop and punk, giving kids fresh tunes to crank all the way up in their bedroom to make the walls shake. (And maybe for a wake n bake, too.)

With the release of their sixth studio album, You're Welcome, on Ghost Ramp, Wavves is currently off on a headlining tour in North America. There have already been a few bumps on the road, but that hasn't stopped the band from continuing on their musical journey.

In addition to sharing some exclusive behind-the-scenes photos with us shot by Gilles O'Kane, we also got to chat with frontman, Nathan Williams, about life on the road. Stream You're Welcome while you check out all the action, below.

Your album You're Welcome is finally out. What is the story behind this record?

It was recorded in downtown L.A. We were finally able to cut ties with the major label we were on, and so it was fully funded, produced, and recorded on our own.

How do you prepare for life on the road?

Try not to overthink it. Bring baby wipes and multivitamins.

What do you miss the most while you're on tour?

Not sleeping next to eight smelly dudes is great. Private showers and toilets. But mostly I miss my dog and cat.

The other day you tweeted "tour is lonely." How do you deal? Also, I saw you recently went to a cat cafe which looked amazing...

Yeah, Nine Lives! It WAS amazing. I watch a lot of wrestling and listen to podcasts. It's a weird different type of lonely because technically you're around tons of people all the time. It's hard to explain.

What are you most excited about with this specific tour?

Playing new songs. Seeing fans' reaction to the new record. That's alway's exciting because when you finish recording, you want everyone to hear it, but you have to wait months for it to get physically produced and ready.

What is the craziest thing that has happened on tour so far?

I guess our Buffalo show was "crazy." I sorta got into with security for being rough with fans, and then they called the cops and tried to get me arrested for "inciting a riot."

The other week, you were very vocal about defending yourself against a security guard that allegedly choked one of your fans during a show. Why is it important for you to be involved when these incidents happen?

Kids are at these shows to have fun. It's out of line for anybody to put their hands on kids, especially ones who aren't doing anything besides trying to enjoy a show.

What is your favorite aspect of touring?

It's nice seeing a new city every day. You get to meet new people and hear different points of view.

What do you hope that fans take away from your shows?

Community. We're all in it together.

Hangin' at The White House

Life is now everything fades