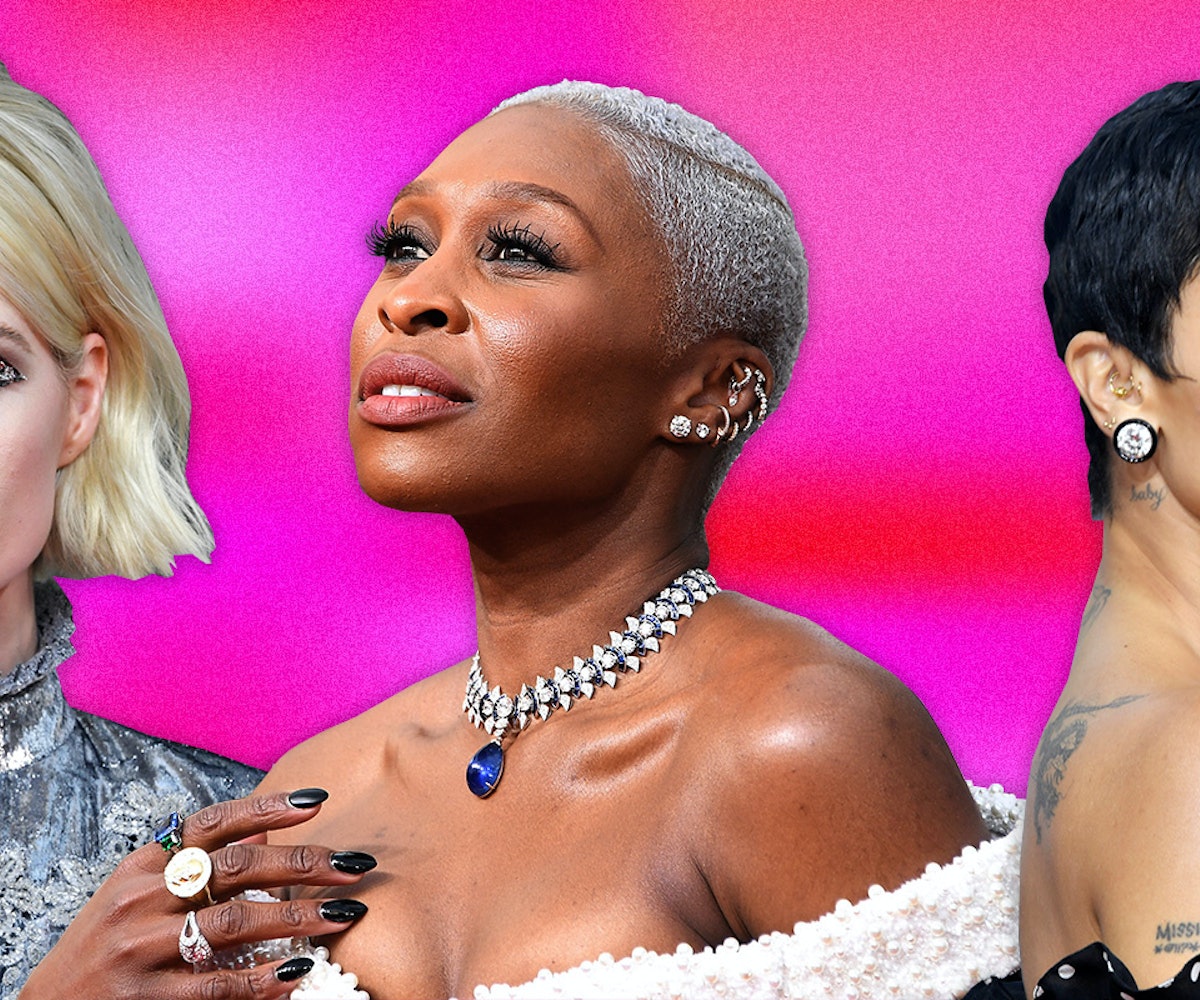 The holidays may be behind us, but the most magical time of year has only just begun — awards season. The Golden Globes kick things off on Jan. 5 with its 77th annual ceremony, and while there's a lot to take in on the red carpet alone, from bedazzled gowns to the hundreds of extremely famous people all in one place, the 2020 Golden Globes beauty looks should not be missed.

The nominee list, announced last month, is stacked with stars who we are already used to seeing master the red carpet, whether with edgy, out-of-the-box makeup or regal updos. The lineup counts big-screen regulars like Scarlett Johansson, Saoirse Ronan, Laura Dern, and Margot Robbie, along with newcomers like Cynthia Erivo, and music industry crossover legends like Beyoncé and Jennifer Lopez — all women who have become beauty icons in their own right, and surely won't disappoint tonight on the carpet.

Whether you live to live-tweet as guests arrive on the red carpet, are looking for new eyeshadow and hair styling ideas outside of your norm, or a little bit of both, this year's red carpet beauty looks are sure to inspire the decade's earliest new trends. From vampy lips and smudged shadow to minimalist glam, check out the very best 2020 Golden Globes beauty looks (so far), below.

The Little Women director debuted a modern, straight sleek bob — with an even sleeker center part.

Best Actress in a mini-series nominee, Joey King shows off an icy silver shadow, with her hair pulled back in a casual ponytail.

For her first-ever Golden Globes red carpet, the Harriet star color-coordinated her shining silver jewels with an icy hair color.

The Booksmart actress making a case for headbands on the red carpet. The particular one she's wearing is from BaubleBar — and it's under $50.

Lucy Boynton's makeup look, that matched to her silver dress, was a sci-fi masterpiece.

J.Lo's milkmaid braid updo and mile-long lashes are tied for best part of her beauty look.

The Politician star serves up a retro hair flip with her auburn bob, for your consideration.