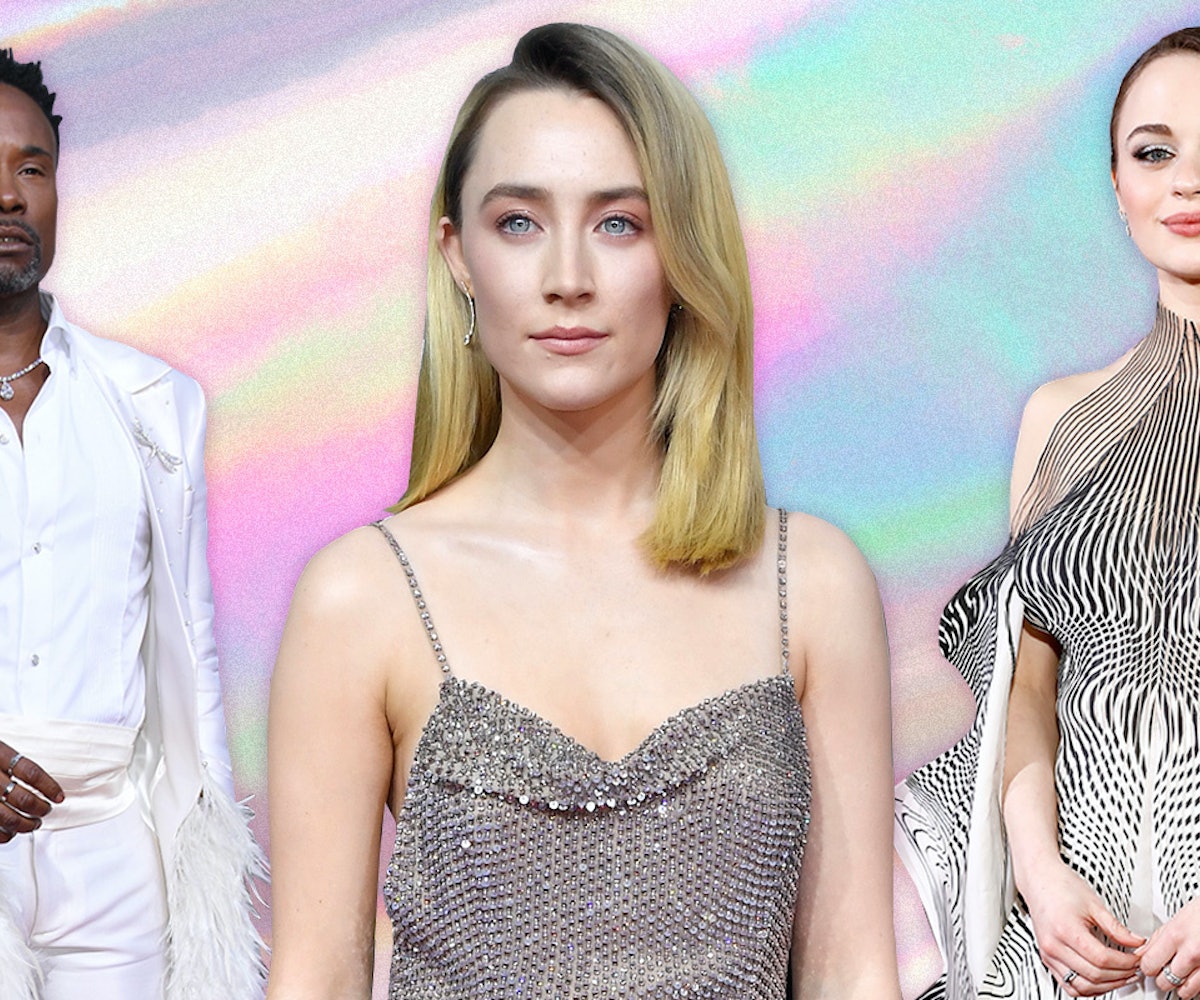 The 2020 Golden Globes nominees are stacked with a very stylish crew of famous names, including Joey King, who's up for an award for her leading role in The Act, in an otherworldly Iris Van Herpen dress, as well as Hustlers writer Lorene Scafaria who donned a full houndstooth-print look. Some other favorites to walk the carpet include Taylor Swift (her original Cats song "Beautiful Ghosts" is nominated) in a gown with a major floral print by Etro, Kirsten Dunst (nominated for her role in Showtime's On Becoming a God in Central Florida) in Rodarte, of course, and Saoirse Ronan, who's up for Best Actress in a Motion Picture Drama for her role in Gerwig's Little Women, in a sparkly Celine number.

See the rest of the best red carpet moments from the 2020 Golden Globes, below.

Greta Gerwig arrived in a simple black-and-white gown by Proenza Schouler with a touch of detail down the sides.

E!'s own Kristen Cavallari wore a figure-hugging gown with a little cutout.

Lorene Scafaria went all in on houndstooth.

Sofia Carson tulled it up in a custom pale pink gown by Ralph & Russo with some added feathers for the drama.

Helen Mirrenlooked like actual royalty in a burgundy gown.

Kaitlyn Dever went all out in a floral Valentino gown.

Taylor Swift arrived in a floral gown by Etro.

Michelle Williams wore an orange gown with a touch of blue.

Kerry Washington wore a sleek, barely there look by Altuzarra.

Jennifer Lopez was a literal gift in a bow-adorned gown by Valentino.

Margaret Qualley kept in simple in a black gown by Chanel.

Phoebe Waller-Bridge showed off a new twist on the tweed suit in Ralph & Russo.

Olivia Colman matched the carpet in her fitting red gown.

Jodie Comer went for full sleeves, too, in an emerald green gown.