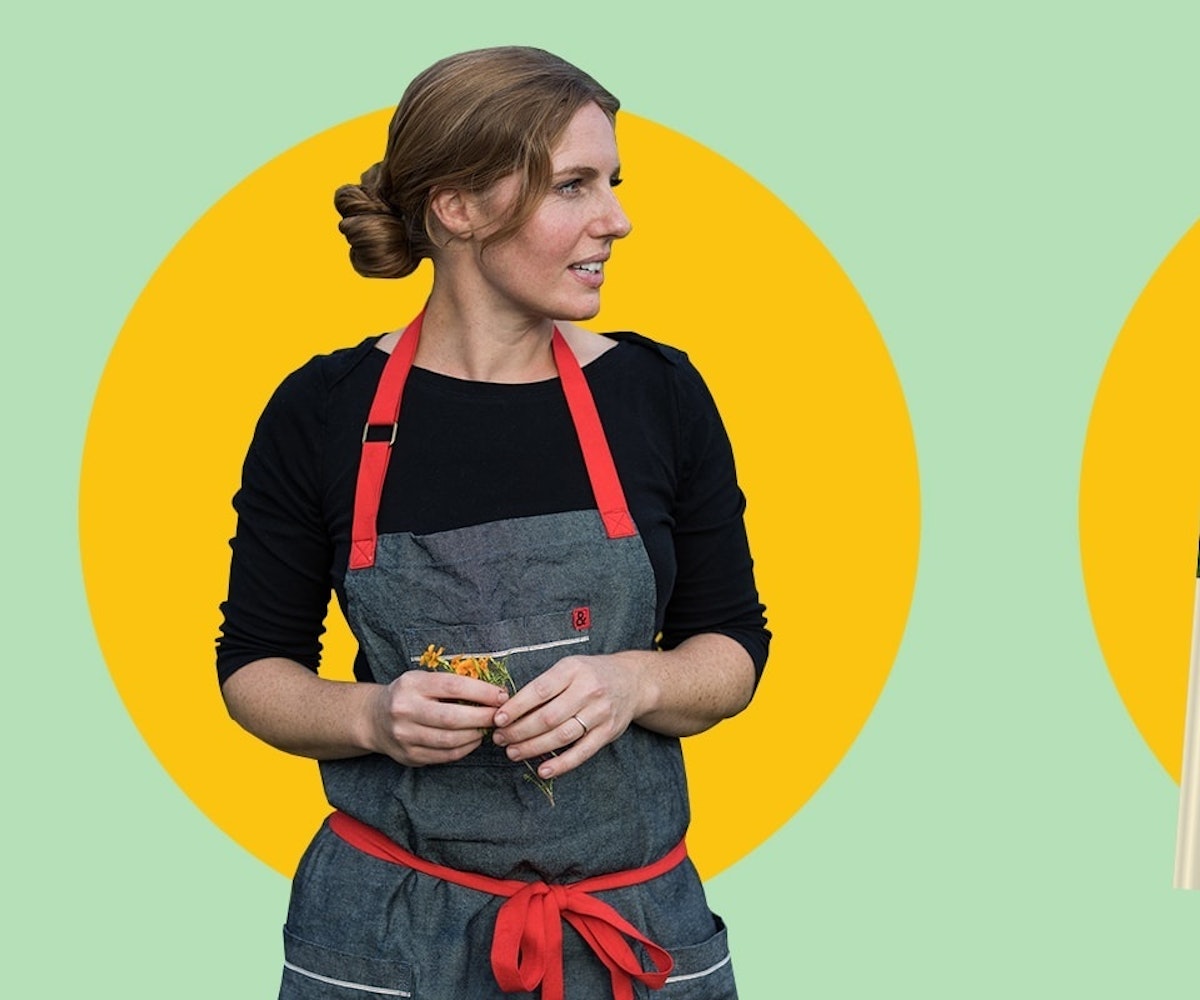 In our monthly column, Meatless Mondays, writer and host of the podcast, Meatless, Alicia Kennedy will explore veganism, social justice as it relates to food, and home cooking—and, yes, there will always be a new recipe to try out for yourself.

Going to the farmers' market or building a restaurant menu around seasonal produce might be fashionable, but cooking them at home can remain a dull act. Ruts develop. Maybe asparagus always gets steamed, dressed simply in salt, pepper, and olive oil; perhaps eggplants are always breaded and fried, served with pasta and a simple green salad. A new cookbook by Abra Berens, a former farmer and the chef at Granor Farms in Three Oaks, Michigan, can help change that. Ruffage: A Practical Guide to Vegetables contains over 100 recipes and more than 230 variations on top of that. Each chapter takes on a new item, from broccoli and fennel to greens (delicate) and greens (hearty).

Like many cookbooks, Ruffage begins by setting its intentions and running down a list of pantry ingredients that will be useful as one cooks through the recipes. But Berens doesn't just give notes on pans or olive oil: She makes her own process known. Salt instructions are light so that each cook can season to their taste. Oil is measured in "glugs," defined as "the amount of liquid poured from a container before air is pulled in past the 'seal' formed by the flowing liquid in the neck of the container, creating a glug sound." Terms often seen on restaurant menus such as "blistering," "escabeche," and "confit" are demystified in clear, readable language. There is even a recipe before the recipes called "adventures in seasoning" that seeks to teach one how salt and acid function in cooking, using one egg, oil, salt, and apple cider vinegar. Before the reader even gets to the asparagus chapter, they've briefly gone to cooking school.

All of this was done out of a desire to give the produce its due, which is how Berens cooks, inspired by her time as a farmer. With her friend Jess Piskor, she started Bare Knuckle Farm in 2009 in Northport, Michigan, after studying cooking in Ireland and working in restaurants since she was 16. At the end of that first year, she writes, she was incredibly poor, living off the vegetables that hadn't sold at the market. "It's a very thin margin work that's very hard and physical, that's very uncertain," she tells me, of her time working there, "but it fully changed the way that I cook."

It was under those circumstances that she learned one could transform the same ingredients—carrot, kale, egg—into various meals. Once she got back on her financial feet and returned to eating as she had in the past, she realized she didn't feel quite as good as when she had been eating so simply. This taught her the value of vegetables and their transformative abilities.

Though the bulk of the book focuses on vegetables in various forms, from poached to raw to roasted and everything in between, grains, beans, pasta, grits, bread, and more are discussed to show how one can round out a vegetable-driven meal. Vinaigrettes, infused oils, and nut mixes like dukkah are also given pages so that one never lacks for a way to dress their vegetables—even the more obscure, like kohlrabi. Berens also made a point of recommending ingredients that could be easily found in any grocery store, in pursuit of an accessibility not always associated with vegetables.

Ruffage is not a vegan cookbook—it's vegetarian, but all of the recipes can easily become vegan, and the key points made are universal. From guides on how to buy and store every vegetable to notes that tell you whether, say, beets can be eaten raw (yes, but cautiously, because oxalic acid can irritate throats), it, along with Samin Nosrat's Salt Fat Acid Heat, focused on the cooking basics, and Ronna Welsh's The Nimble Cook, which will help one figure out how to cut food waste by turning scraps into usable items, is part of a new kind of canon that seeks to provide people with knowledge rather than rules. Not knowing how to cook vegetables so that they're as satisfying as animal products often keeps people from making a leap toward meatless eating driven by seasonality and locality. Finding empowerment and control by cooking with these concerns at the fore begins with the right tools, and Ruffage feels as essential as a chef's knife.

Generally, I use a microwave to warm up my forgotten morning coffee and for little else. But there are other uses. The beets in this recipe will purée to a significantly smoother texture if they are warm. If you have prepared a load of beets earlier in the week and want to make this sauce, simply warm them up in the microwave with a splash of water. Alternatively, if you are cooking loads of beets, it's smart to make the purée when they are warm out of the oven. It will store in the refrigerator for a week or in the freezer for a good long time.

This pasta salad also works as a cold salad, but often needs an extra pinch of salt, since the flavors will be muted when cold.

NEXT UP
Beauty
Otherland’s New Candle Collection Is A Sensory Time Capsule Of The ’90s
Astrology
Your February 2023 Horoscope Is A Breath Of Fresh Air
Astrology
Get To Know Aquarius, The Certified Freak Of The Zodiac
Astrology
January 2023’s New Moon In Aquarius Is All About The Big Picture
Style + Culture, delivered straight to your inbox.