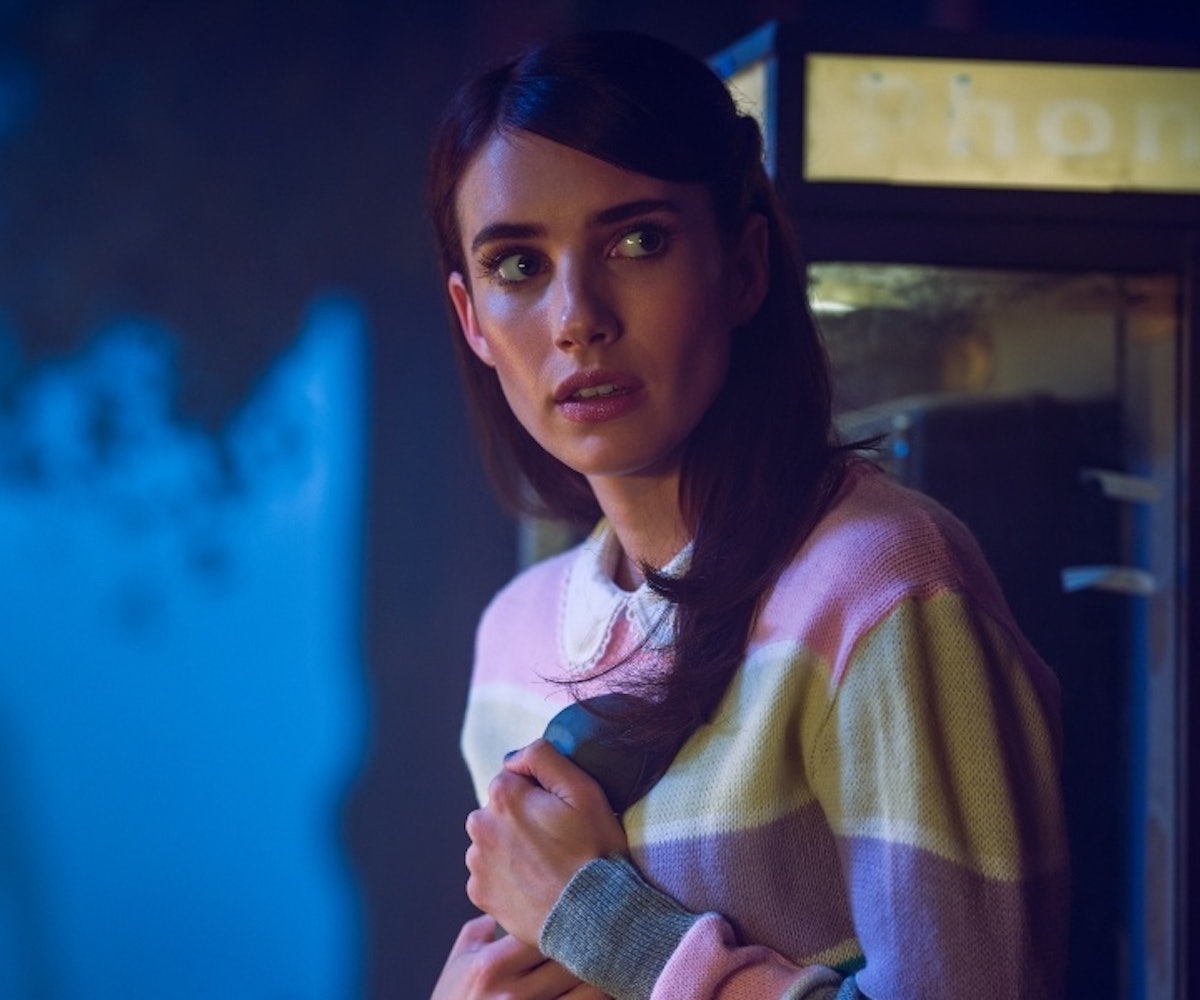 Spoilers for the premiere of American Horror Story: 1984 ahead.

Last night welcomed the premiere of the ninth season of American Horror Story, a blast from the '80s past, complete with a massacre right out of the gate. At this point, there is something ironically cozy about white-knuckling and nail-nibbling to Ryan Murphy's horror anthology series; it's become a welcome part of my autumn ritual—and it lived up to all of my expectations.

Confession: I initially thought that the summer camp setting was a red herring meant to keep us in the dark about the show's true theme. But, the first episode showed that my suspicions were misplaced, and the woods and the unisex short-shorts are here to stay, as the show centers around a group of horny young adults who decide to escape L.A. by being camp counselors for the summer. Yes, they're excited about the rest and relaxation, but they're also hoping to get as far away as they can from the city's Night Stalker, a mysterious killer on the loose. This is especially true for Brooke (Emma Roberts), who escaped the Night Stalker once already, when he attacked her in her home.

The gang makes it to Camp Redwood, but everything feels off, even before they arrive. First, a gas station attendant leaves them with an ominous warning that they're all going to die. Then, they accidentally hit a hiker with their van, and are forced to bring him to the camp for medical attention. The camp's owner Margaret (Leslie Grossman) is a diehard Christian who has not only banned basically everything fun, but also has a horrific escape story of her own. She was the sole survivor of a mass killing that took place at Camp Redwood a decade prior at the hands of deranged vet named Mr. Jingles (John Carroll Lynch). (This is the killing spree viewers see at the start of the episode.) Despite losing an ear in the attack, Margaret decided to reopen Camp Redwood to create better memories for a new generation of children. Unbeknownst to everyone, though, Mr. Jingles has escaped the psychiatric hospital where he'd been kept since the massacre, and has made his way back to the camp.

One of the pleasures of the slasher genre is that the audience usually knows what dangers are at hand, even as the characters remain unaware. This leads to a very specific kind of anticipatory terror, one that keeps you on the edge of your seat the whole time. And that's exactly what 1984 does, and it's what makes it different than all the other seasons of American Horror Story, which were far more opaque for the audience.

But, knowing things doesn't make them any less scary or watching things any easier. The opening episode is full of voyeuristic shots of the camp dwellers, putting us right beside the killer lurking in the woods or at the window, but we're unable to warn the soon-to-be victims. Because of this, jump scares that turn out to be nothing are actually a relief from the mounting tension that then just starts all over again. There are no ghosts or witches in 1984, just really evil people and very few escape routes. The whole premiere was drenched in a sense of dread that has me really excited for the rest of the season.

There is one thing that let me down, though. Usually, one of my favorite sounds of fall is American Horror Story's intro theme, which is often even scarier than the episodes themselves. To keep up with this year's motif, though, the score has been set to the tune of a high energy '80s bop, and the visuals could easily double as a music video from the era. I hate it. Thankfully, though, the new introduction has no bearing on the show's fear factor.