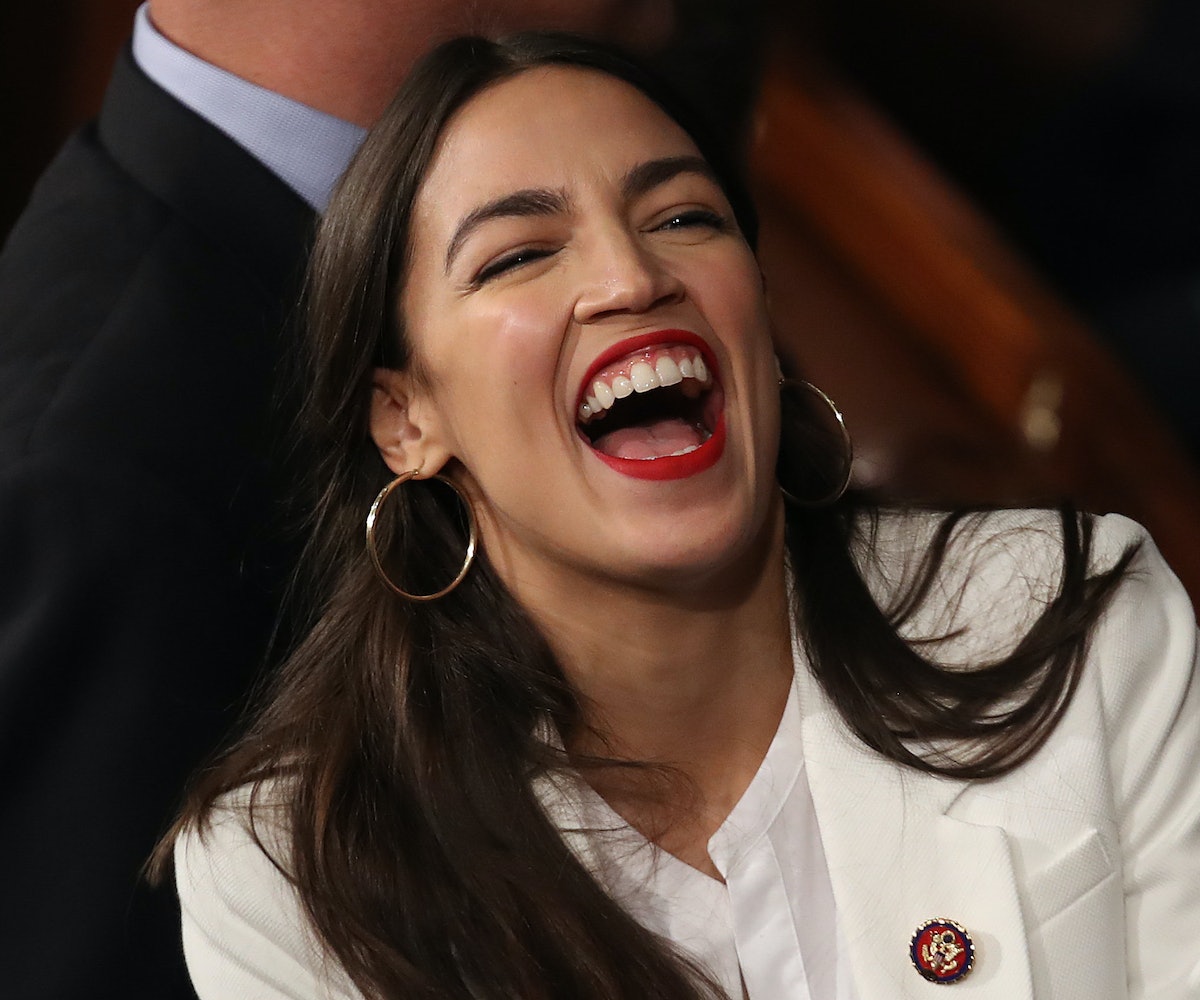 On Wednesday, Twitter user @AnonymousQ1776 uploaded a video of Alexandria Ocasio-Cortez in "high school," whom they describe as "America's favorite commie know-it-all," saying that it shows her "acting like the clueless nitwit she is." When you press play, it's... literally just a video of AOC dancing with her friends. So, having fun is "communist" now? Interesting.

Twitter user @BijanStephen noted that the video is actually footage of Ocasio-Cortez in college and that @AnonymousQ1776 had changed the music from the original video, which was originally set to a Phoenix track. But if we've learned anything about conservatives, it's that they don't care about facts and think anyone having fun at any time is an embarrassing and career-ruining misstep.

To us, there are only a few things more embarrassing than this video. Like, this photo of Mitch McConnell posing in front of a Confederate flag. It's really embarrassing to be a racist and align yourself with the social and moral values of slavers. Super gauche, if you ask us.

And then there's Donald Trump publicly sucking up to Putin. We mean... cringe!

And then there's Melania Trump's multiple tone-deafoutfits. So much worse than dancing to Phoenix!

Or, maybe Republicans might be able to see that this was a cute video if they had ever experienced the feeling of joy. Maybe if they weren't so busy stripping the rights of every minority group and blindly following a criminal president, they could find some time to smile, too. Or maybe not. Maybe they're totally hopeless lost causes who should be voted out of office and never have any say over anything ever again. Maybe!