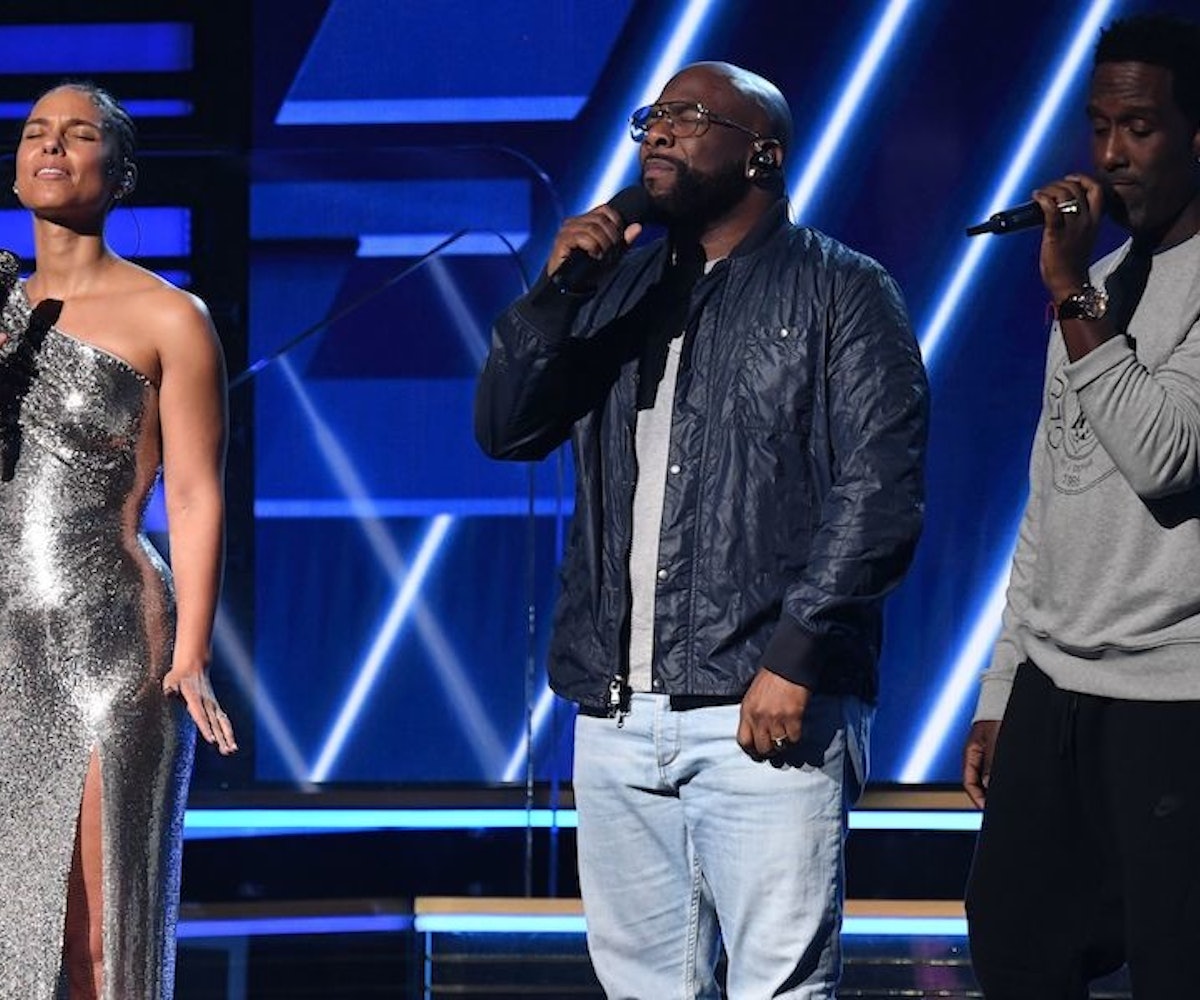 Alicia Keys had the difficult task of not only hosting music's biggest night, the Grammys, but doing so after the sudden tragic death of Kobe Bryant and his 13-year-old daughter shocked the world. To open the 2020 Grammy Awards ceremony, after Lizzo got the crowd hyped with a medley of her hits, Keys brought out Boyz II Men to pay tribute to Bryant.

Keys started by saying, "Here we are together, on music's biggest night, celebrating the artists that do it best. But to be honest with you, we're all feeling crazy sadness right now. Because earlier today — Los Angeles, America, and the whole wide world lost a hero. And we're literally standing here, heartbroken, in the house that Kobe Bryant built," she said. "Right now, Kobe and his daughter Gianna and all of those that have been tragically lost today are in our spirit, in our heats, in our prayers, in this building — and I'd like to ask everybody to take a moment and just hold them inside of you, and share our strength and our support with their families. We never imagined in a million years we'd have to start the show like this. So we wanted to do something that could describe a tiny bit how we feel right now."

She then brought out Boyz II Men to sing their song "It's So Hard to Say Goodbye to Yesterday."