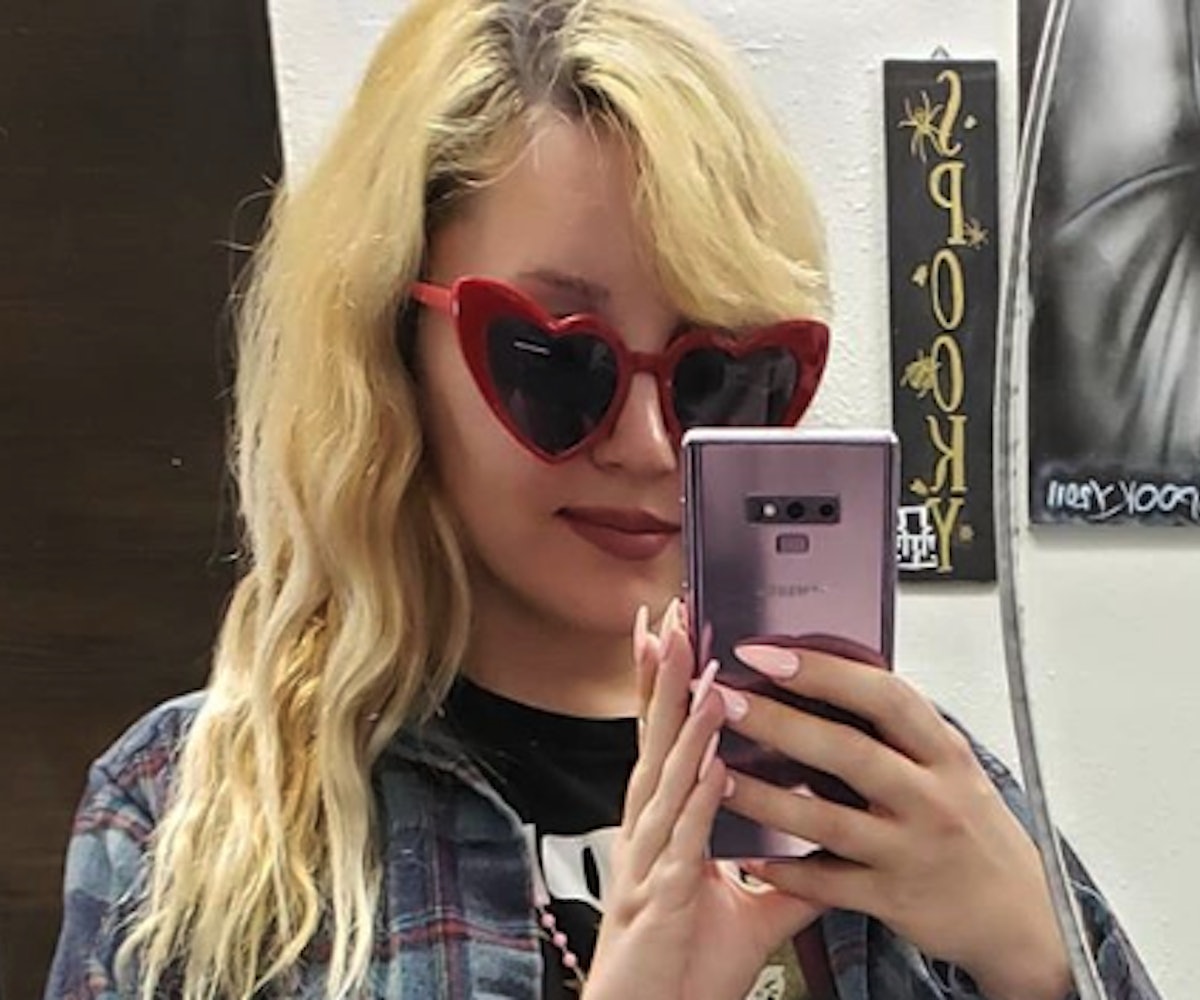 Amanda Bynes recently returned to Instagram, and made an announcement on Twitter for people to follow her new account. So far, she's posted four photos, debuting a new bright pink hairstyle in the process. It's safe to say that @AmandaBynesReal is, at least, interesting.

First, let's take in the photos themselves. Her feed currently consists of two mirror selfies, one photo with a Snapchat filter from her Fashion Institute of Design and Merchandising graduation earlier this year, and another photo of herself sitting on a couch. Half of the photos feature the same pair of Lolita sunglasses and a septum ring.

The accounts she follows are also surprising. There are only 18 people on the list, including Paris and Nicky Hilton, designer brands like Gucci, Louis Vuitton, Dior, and Chanel, her school, and—most surprising of all—the late rappers Lil Peep and XXXTentacion.

Bynes has reportedly had an Instagram in the past, but all traces of the old account have been scrubbed. Anyway. Welcome back?