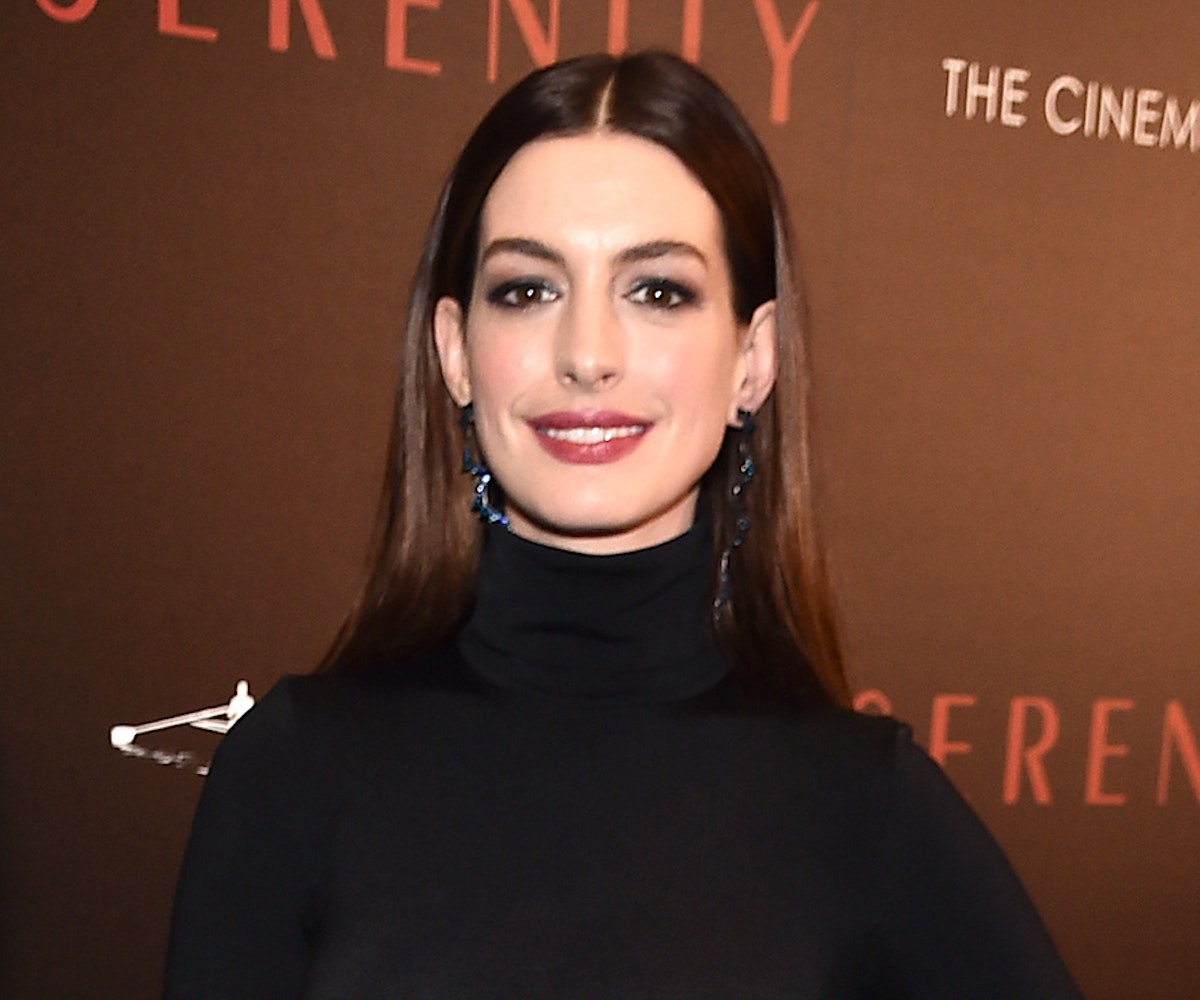 Apparently, Anne Hathaway didn't want to host the Oscars back in 2011 with James Franco. In a new interview with People, the actress revealed that Franco talked her into hosting the award show, that would go down in history as one of the worst, with him. Talking with People, Hathaway said, "I turned that gig down, and James was the one who convinced me to do it."

If you don't remember the night, here's a rundown: Following the show, Hathaway was publicly scrutinized for her performance when it should have been Franco on the receiving end of the hate. In addition to basically doing nothing for the entirety of it, Franco seemed incredibly disinterested in being there, which led Hathaway to work overtime to make up for him, fueling self-professed "Hathahaters" for years to come.

The fact that Hathaway's still talking about this hosting gig eight years later shows that it has had a profound effect on her, though she prefers to treat it as a lesson. "Your first instinct is usually the right one," she said, "and all the reasons why I turned it down came true." So, in case you need another reason to hate the alleged sexual assailant, here you go.