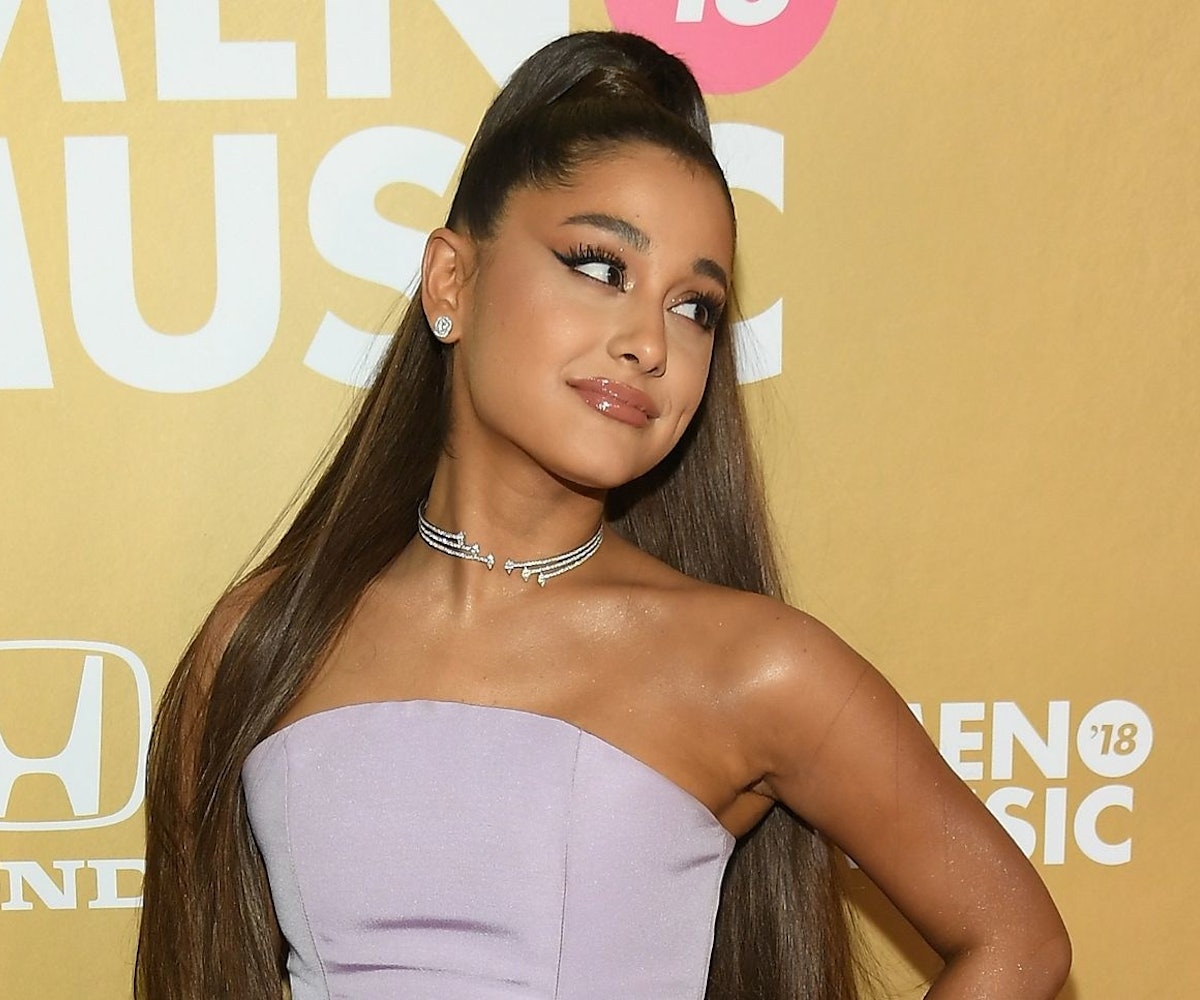 On Sunday night, Ariana Grande won her first Grammy award: Best Pop Vocal Album for her 2018 LP Sweetener. The singer beat out Taylor Swift's Reputation, Camila Cabello's Camila, Kelly Clarkson's Meaning of Life, Shawn Mendes' eponymous album, and P!nk's Beautiful Trauma. But, since Grande wasn't in attendance at this year's show due to a fallout with the producer, she made her acceptance speech via social media.

In the caption of an Instagram post featuring the Grammys' tweet announcing her as the winner, Grande accepted the honor. "i know i'm not there tonight (trust, i tried and still truly wished it had worked out tbh)," she says, "and i know i said i try not to put too much weight into these things.... but fuck....... this is wild and beautiful. thank you so much." She continued on to tag every person with whom she collaborated on the album, as well as the Grammys voters.

Grande posted the same sentiment over the course of a few tweets, adding a thanks to her fans.

We haven't seen anyone accept an award over the internet before, but we're here for it. Grande's choice of platform for her "acceptance speech" is very 2019, we think, and far superior to the Notes app. Honestly, this is how every acceptance speech can be delivered, because there's no chance of being cut off by music.

As if that weren't enough, Grande gave fans who were missing her Grammys presence a look at the custom-made Zac Posen gown she'd been planning on wearing to the ceremony. Beautiful.