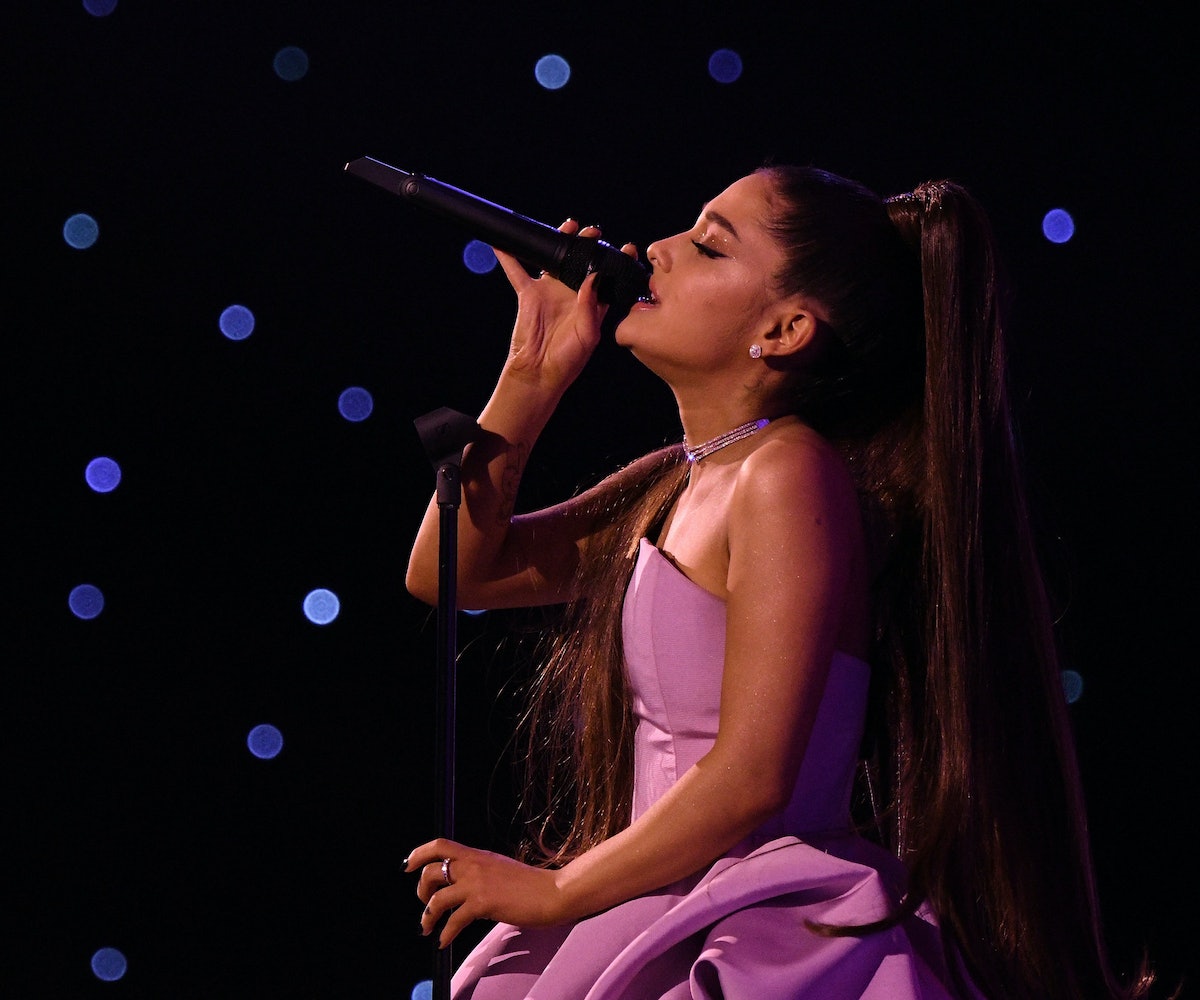 While "thank u, next" found Grande singing about getting over her exes, "Imagine" finds her back in love again—or at least picturing herself that way. "We could light up 'til I'm 'sleep on your chest," she sings. "Love how my face fits so good in your neck/ Why can't you imagine a world like that?"

Grande told a fan on Twitter that the song is about "a simple, beautiful love that is now (and forever) unattainable." She says it's a counter track to "thank u, next," and another song on her upcoming album, "seven rings," both of which are "super self assured," and "commanding," while this one is more "vulnerable" and "unsure." She writes: "I wanted to mix up the energy a lil bit as both of those themes are equally prevalent on the album / in my life rn."

It might not be the world John Lennon imagined up, but it is Ari's—one full of love and whistles and wonder and sometimes denial. She also said on Twitter that the track is about pretending a relationship never ended, but that different people might take away something totally different from the song depending on what they're going through. Listen to the song below and interpret it as you will.