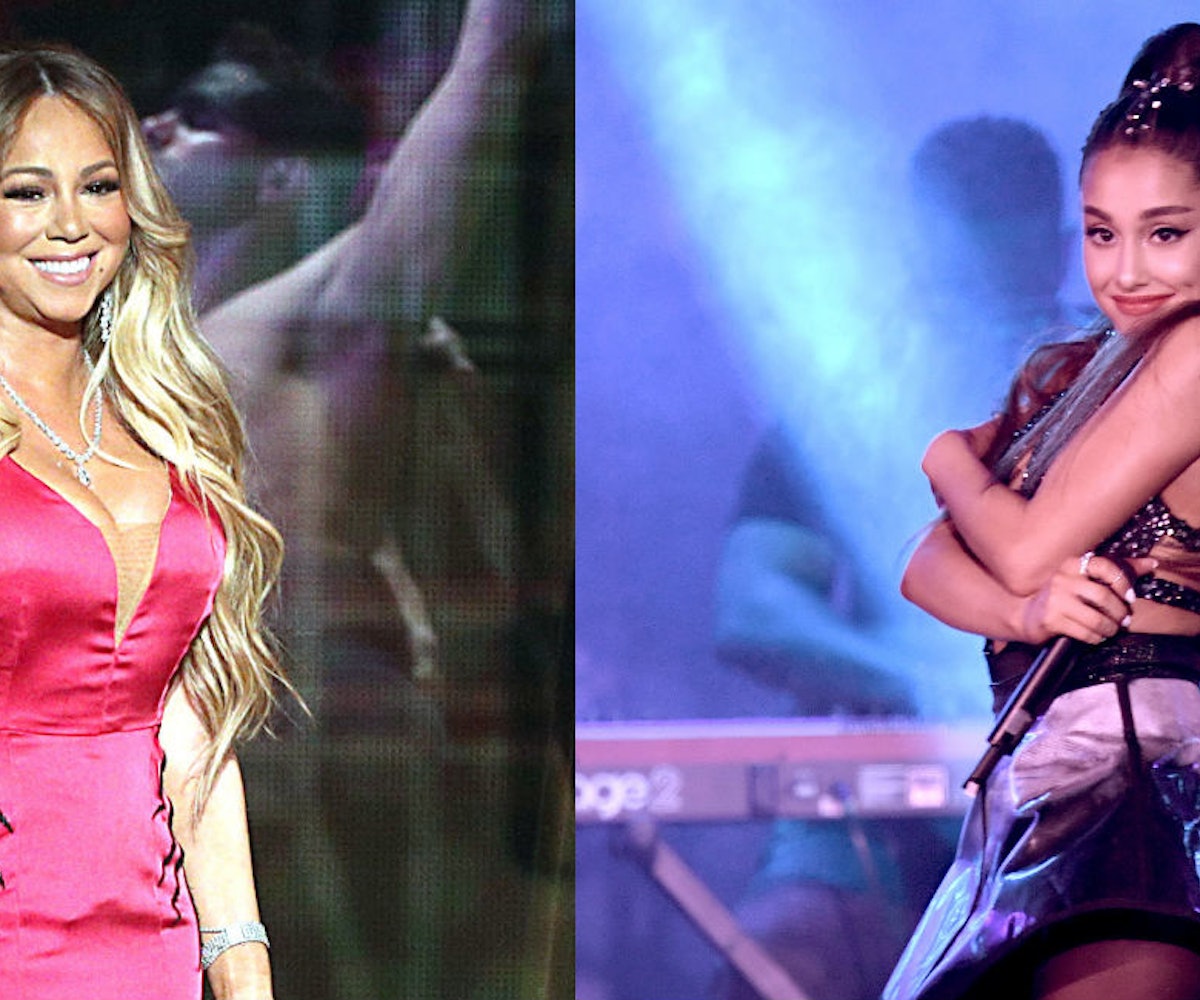 Lambilys and Arianators can put the rumored beef between the two singers away somewhere. Yesterday, Ariana Grande posted a message to her Instagram story wishing Mariah Carey a happy anniversary (Carey refers to her birthdays as anniversaries, FYI). "Loved u then, love u now, love u tomorrow," she wrote. To which Carey not only acknowledged but reposted on her own Instagram story with the message: "Thank you dahhhhling!!" So, she does know her after all.

For those in need of a little context: Carey and Grande have been "pitted" against each other for some time now. Grande clearly takes after Carey's singing style and is one of very few in the singing game that can challenge her to a high note duel. In the land of Hollywood, that means they must be sworn enemies, right?

Things came to a sort of head in 2016 when someone memed the two singers with the message that Grande is, essentially, a downgraded version of Carey. Demi Lovato, for some reason, inserted herself into the conversation, by commenting "you got it the wrong way around honey," which led to Carey going on Andy Cohen's Watch What Happens Live and claiming that she neither "knows" Grande nor Lovato. Then, in 2018, someone made a fake Carpool Karaoke clip that shows Carey giving Grande a vicious side-eye as she belts out "Dangerous Woman."

It's all petty, childish drama that we're glad is behind us. Now, let's get that collab going ladies.