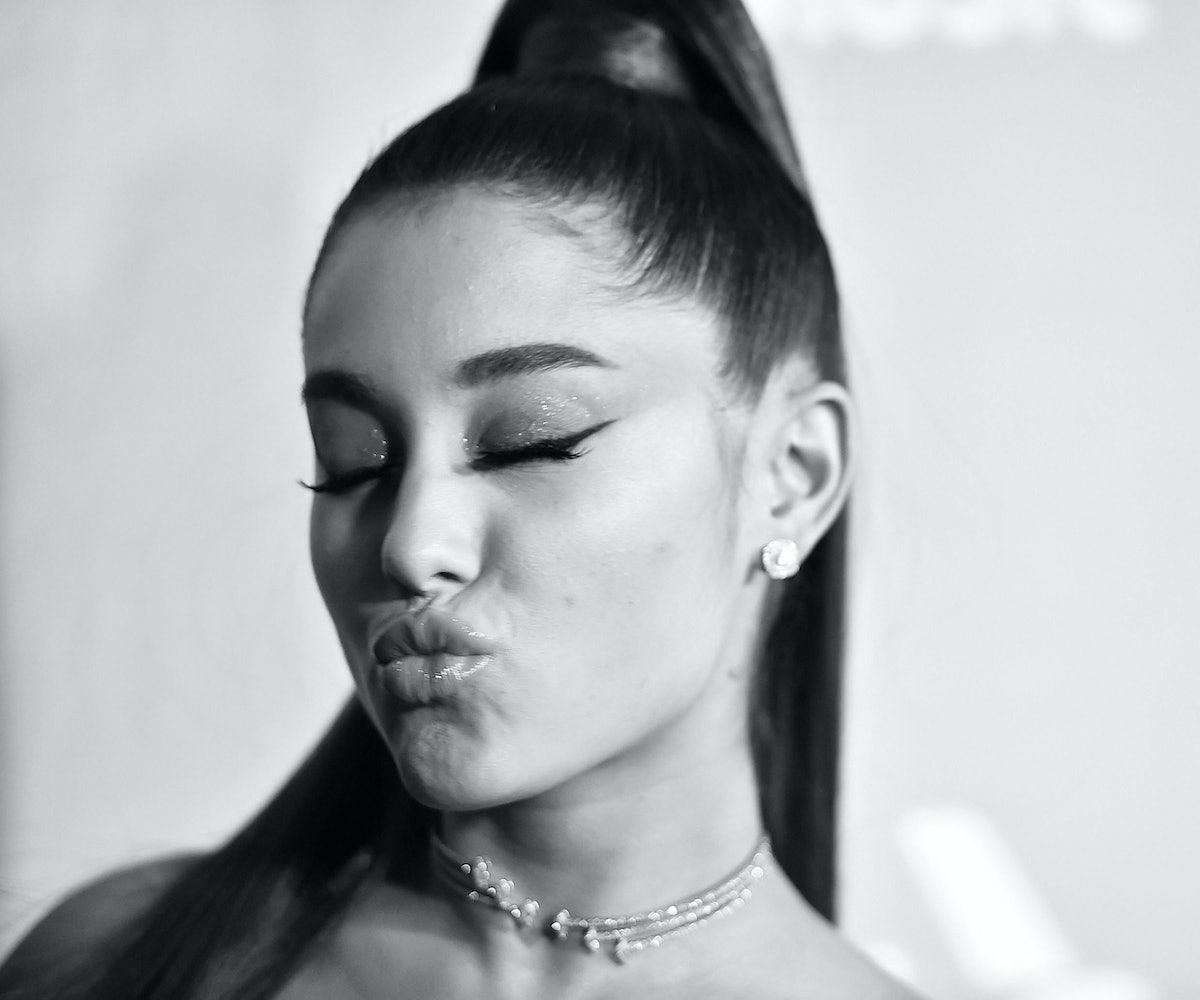 If 2017 showed us Ariana Grande's resilience, 2018 proved that there's truth in the idea that people find growth in tragedy.

It started with the music. In April, Grande released her first single "No Tears Left To Cry," a positive, pop-trip song. A couple of track releases later, we got Sweetener, the singer's most exciting, most honest album to date. While Pitchfork wrote of her 2016 album Dangerous Woman this: It leaves listeners "feeling like they still don't know much about the ponytailed lady peeping out from behind the mask," this isn't the case on Sweetener, where Grande sings about grief and mental health coated over sugary beats. Grande has always been a pop star—with talent that rivals some of the best vocalists—but this year she solidified herself as a pop force.

And then there was Grande's personal life. Before this year, little was known about Grande other than what she was willing to tell us. As I wrote in a piece last year about her reputation: "Very rarely do you see headlines about her beefing with another artist; a doughnut-licking incident a couple of years ago is about as much controversy that you're going to get out of the 24-year-old." This was calculated on her part. She said once in a 2016 Billboard interview: "If people are fighting, I stay as far away as possible. I've said this a million times: I hate drama. I love women in the industry. I'm a big fan of all my peers, and I try to keep it a hundred. That's why I don't look at anything. I'm like, 'My song's out!' Then I run for the hills. 'Here's another picture of my dogs! Bye!'"

That's since changed. Grande was on the cover of a handful of magazines this year alone and did countless interviews revealing things she typically keeps to herself. She responded to fans on social media honestly and earnestly, she liked tweets about her music and her life, she sent out hundreds of "love u"s and black hearts. She flaunted her relationship, embraced being in love, and revealed NSFW things about her partner. She let us—her fans, mere observers, the world—in. And perhaps because of that, we decided to stan in return.

I read somewhere (Twitter probably) that Grande gained almost two million followers since Sweetener's release. It's hard to say why everyone's decided to join the Arianator train now. Maybe it's her sense of humor or the fact that her music has matured from manic Disney dream girl to a 20-something in the thick of life. Or perhaps it's the way she's managed to handle tragedy in the public eye and remain as positive as she has. Her year imploded both this year and last, yet she still managed to put out a positive, empowering song, her most successful to date, about loving yourself. Celebrities are often thought of as otherworldly, but Grande has proven herself human because real, devastatingly human things have happened to her.

Grande was awarded Billboard's woman of the year earlier this month, and we can't think of anyone more deserving. She says in an interview with the magazine: "I guess there's not much I'm afraid of anymore. When life tries you with such serious shit so many times, your priorities change. I don't give a shit. I just want to be happy and healthy—one day—and make music."