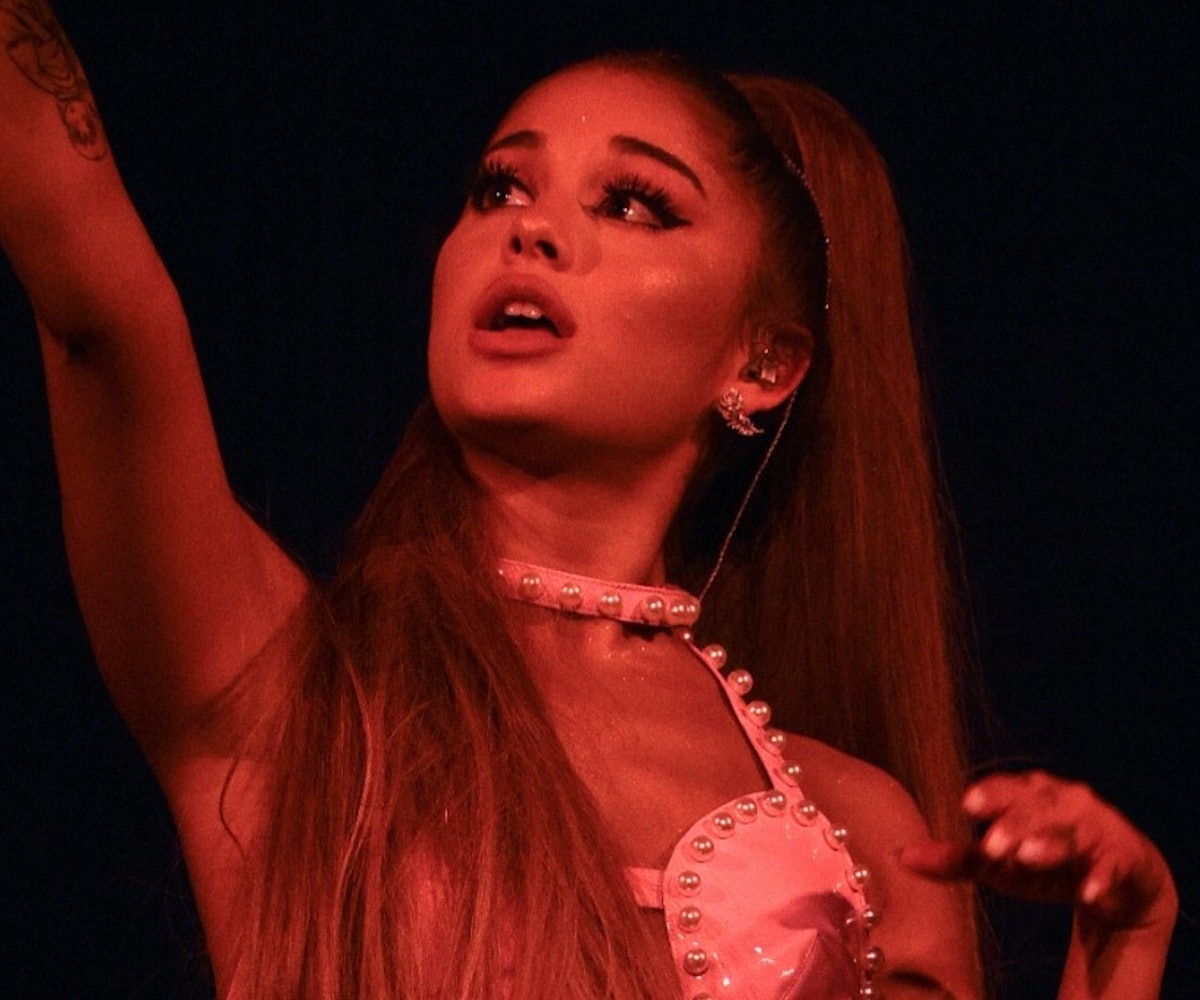 Ariana Grande just wrapped up her Sweetener world tour on Sunday, and now you can relive the entire experience with the arrival of a new live album, k bye for now (swt live). Coming in at a whopping 32 tracks, the record includes pretty much every track from 2019's Sweetener, and thank u, next, with a good selection of Grande's previous hits like the mega-hit Zedd collaboration "Into You" and 2013's "Tattooed Heart" thrown into the mix. There's also a sultry cover of "my heart belongs to daddy," a 1938 Cole Porter classic that was later popularized by Marilyn Monroe. The pop star uploaded the project onto streaming services just hours after her last show, nipping whatever oncoming emotions of FOMO one might've had right in the bud.

The pop singer first teased the arrival of the live album this past December by posting a photo of the track list on Instagram, although that has since been deleted. Grande spent most of 2019 on the road for the Sweetener tour. The nine-month-long effort took the pop star all across America and to 19 cities in Europe, kicking off in March in Albany, New York, and concluding on Sunday, December 22 in Inglewood, California. HeadCount, a nonprofit Grande partnered with that provided voter registration booths at the shows, shared that they received "33,381 voter registrations and actions" during the length of the tour, breaking an all-time record for the organization. Hear k bye for now, below.