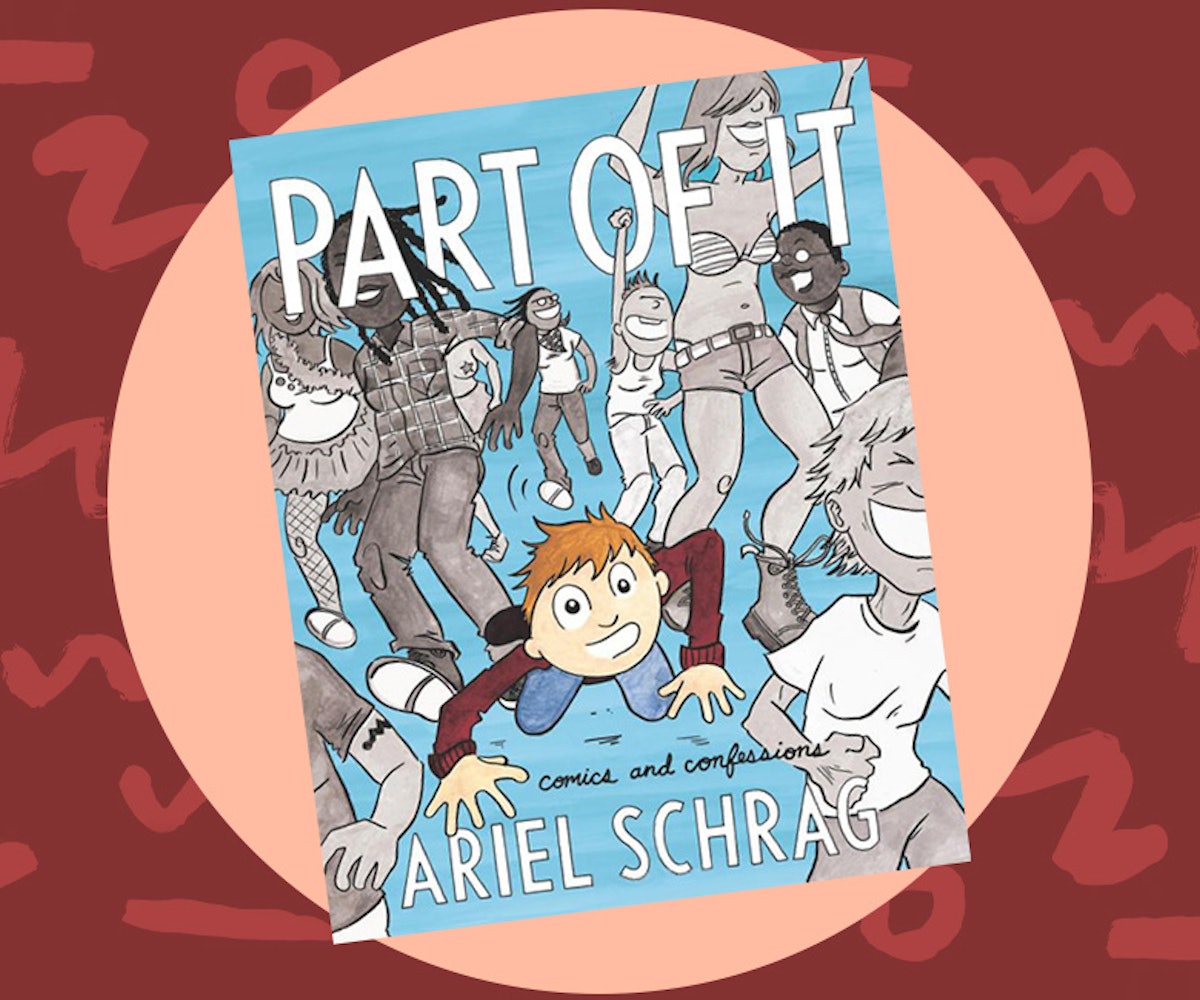 A lot of the appeal in coming-of-age stories lies in their ability to establish clear boundaries, aided in no small part by the gift of hindsight. These narratives help us understand our present lives by offering up our pasts for analogous inspection; the present, after all, is so much easier to comprehend when it is actually the past, when we have some distance from having made those choices that got us to where we are now. The decisions have been made, the fig has been plucked from the overburdened tree, the paths have been chosen, and, from the vantage point of adulthood, we can better understand why we ended up where we did, and so everything makes perfect sense and falls into place, immaculately—forever. Or, you know, not.

The problem, of course, with expecting a coming-of-age tale to be representative of a discrete part of life, one with clear boundaries delineating before and after, is that life is messy, going from one stage of it to another is often paralyzingly hard, and there is little that's linear about becoming a more fully realized version of yourself—if that's even possible. That's why the best coming-of-age stories are messes themselves, free of the reductive morality we've been taught to expect in these types of narratives, leaving the reader feeling liberated from any simplistic lesson; Ariel Schrag's latest illustrated book, Part of It, then, serves as one of the best examples of the genre, while also resisting any such categorization at all.

This is a book of "comics and confessions," and is a return to illustrated autobiographical form for Schrag, who became widely known while still a teenager for the comics she wrote contemporaneously about her high school experience, but who has also, more recently, written for TV (The L Word and Vinyl), and is the author of Adam, a witty and subversive, razor-sharp novel about a young man who pretends to be a trans man in order to get a girl.

In Part of It, though, Schrag goes back to her younger years, and relates over a dozen experiences she had, from the ages of six to 26, in which she does innocuous things—attempt to select a new pair of glasses or take a city bus to a friend's house—as well as more serious ones—teach at an after-school program in New York City and get in a fistfight at her college's gay prom. What's notable through each of the book's chapters is the way in which belonging—being a part of it, of something—is such a key aspect to becoming who you are, or who you think you should be. These choices, it seems, make you into you, but so, then, does the refusal to make a choice at all.

"It's really funny," Schrag said to me recently, as we spoke about the book, and I remarked how much I loved the chapter on the odyssey that is her glasses hunt, so painfully did I relate to the inability to settle on one pair of frames, or one anything, "because I took a modern literature class in high school where we read The Brothers Karamazov, Madame Bovary, stuff like that; and at the end of the year, the teacher was like, 'Okay, so having read all of these books, what is modern man's plight?' And we were all like, 'Uh, I don't know... God, or love, or whatever.' And she was like: 'Choice. The answer is choice.' Like, I could just keep choosing glasses... there was a 30-day return policy. I could just go on and on forever. I was imprisoned by choice."

This is a familiar predicament to, well, just about everyone, this inability to settle on one thing, lest we risk losing another, potentially better thing. It is, Schrag says, an indication of a kind of "infantile existence," one which—in the case of her glasses hunt—ends out of necessity: She got a job, and she moved on with her life. It's a conclusion that Schrag presents in a matter-of-fact way; she's never indulgent when relaying these pivotal moments, never moralizing, she just presents the quiet agony of not knowing what to do in life, and not having enough impetus to make a decision that will move you forward.

Of course, there are times when making those decisions doesn't necessarily mean you are moving forward in a positive direction. In the chapter "Fight at the Gay Prom," Schrag writes about punching someone in the face and, as such, dealing with the consequences of making a bad choice. She explained, "It was a challenge writing the gay prom moment, because part of me was like, I did this horrible thing, I don't want it to seem glorified in any way, because, at the time, I felt like it was glorious. But in the aftermath, I was like, This is horrible. And I did actually, in real life, immediately write a letter of apology to the girl the next day and entered counseling in college for what I did."

But what Schrag depicts so piercingly is that precise moment when your feelings of empowerment, spurred on by the mere fact that you made a choice at all, are destroyed because you are confronted with the consequences of those choices. In the case of the prom, Schrag found her post-fight high ruined by an encounter with campus police, who questioned her about her involvement, leading her to have to make another choice: Would she lie about it or tell the truth?

Schrag said of the situation, "[It was this] sort of transition away from, I can do anything, the world is mine to play with, and it's like a video game. And to then—I remember that moment in real life very clearly—at first [say to the police], 'Oh no, it was just a fight, we were all in it'—which I knew was completely not true. It was just me. And as they were like, 'I need to ask you again,' I suddenly was like, If I continue to lie, I am an evil person. It felt like this crossing of a boundary, like, Oh my god, I can't step over into that and be that—I have to tell the truth. It felt like this weird two-paths thing, and I was like, Even if I get in trouble now, I have to accept it. I have to deal with what I did."

These types of ethical complexities are beautifully set off by Schrag's elegantly rendered panels, in which faces are spare affairs, often comprising just eyes and a nose, or eyes and a mouth, to great effect. They are an ideal complement for her writing, as they work together to alternately offer dramatic tension and slack; they reflect the patterns of life, or, rather, life's routine lack of patterns. The illustrations are simple, often, but that's why the impact of the story is felt so strongly, they are a perfect background for the turmoil that exists off the page, within the minds of these furrow-browed faces.

And does it matter the age of the people behind these faces? Does it matter if they learn things, or become something other than who they once were? Does it matter if they... grow up? Come-of-age? Of course not. When we first began talking, Schrag mentioned how much she loves the novel Inappropriation, Lexi Freiman's brilliant satire of our cripplingly self-conscious, over-privileged, hyper-linguistic society, and referenced its Bookforum review by the writer Andrea Long Chu, in which Chu wrote, "Adults do not, as every adult knows, exist." Schrag explained that, for her, "writing these comics are about the same thing. I didn't just want to make it this coming-of-age moment." And so she didn't; instead of concerning itself with becoming, Part of It reflects the inherent complexities of just being, awkward and beautiful and painful and liberating though it may be.

Part of It: Comics and Confessions is available for purchase here.