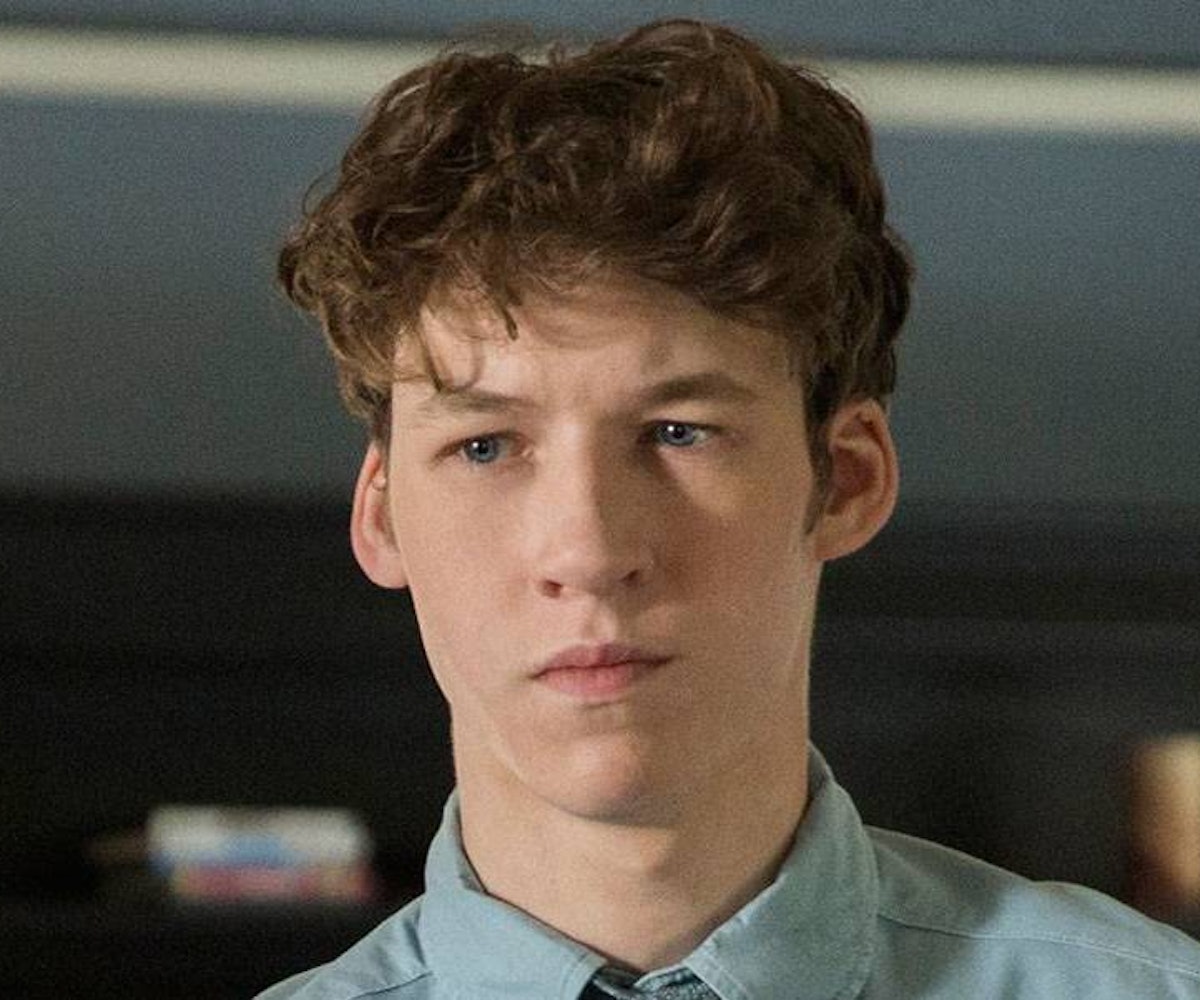 13 Reasons Why 's second season attempted to tackle a lot of difficult issues, with sexual assault coming to the forefront via several different subplots. However, one particularly graphic rape scene in the season finale has divided the internet—to the point where The Parents Television Council issued an “urgent warning."

The scene in question involves the brutal rape of Tyler Down, who is attacked by three male student athletes and sodomized with a mop handle. An unquestionably traumatizing incident, Down brings a loaded assault rifle to Liberty High with the intent of a mass shooting—a move that fans dubbed "disgusting" and "sick," with some also calling for the show's immediate cancellation.

In response to the backlash, showrunner Brian Yorkey told Vulture that the scene was developed from research concerning sexual assault against high school men, and that a lot of thought went into their decision to keep it.

“We’re committed on this show to telling truthful stories about things that young people go through in as unflinching a way as we can," Yorkey said in a statement. "We fully understand that that means some of the scenes in the show will be difficult to watch. I think Netflix has helped provide viewers with lots of resources for understanding that this may not be the show for everybody, and also resources for people who do watch it and are troubled and need help."

Yorkey then went on to explain why he believes the scene was important to include, saying, "as intense as that scene is, and as strong as our reactions to it may be, it doesn’t even come close to the pain experienced by the people who actually go through these things."

"When we talk about something being 'disgusting' or hard to watch, often that means we are attaching shame to the experience," he said. "We would rather not be confronted with it. We would rather it stay out of our consciousness. This is why these kinds of assaults are underreported. This is why victims have a hard time seeking help. We believe that talking about it is so much better than silence.”

He also asked why the first season's graphic depictions of sexual assault involving Hannah and Jessica did not cause the same level of controversy as Down's scene, indicating that he thinks women don't get the same level of sympathy as do male victims, and that the backlash, then, is due in part to sexist ideas of who a victim should be.

“The very, very intense scene of Hannah’s suicide seemed to overshadow the fact that Hannah and one other girl were violently raped in season one,” Yorkey said. “If there’s a greater sense of backlash about this scene, especially it being hard to watch, ‘disgusting,’ or inappropriate, that goes to the point that we need to be talking about the fact that things like this happen. The fact that this would be somehow more disgusting than what happened to Hannah and Jessica, I’m shocked but not surprised.”