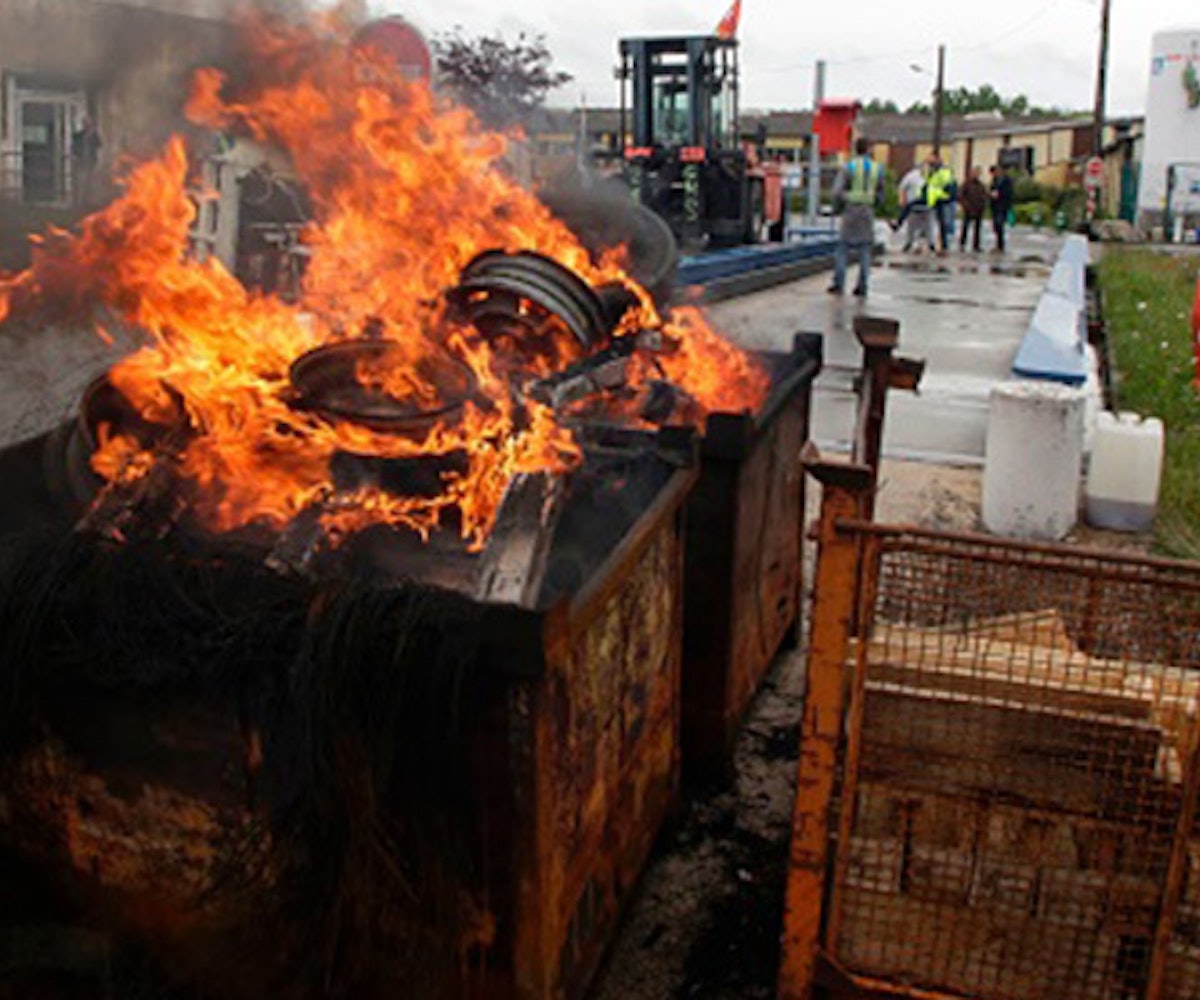 It goes without saying that we've all been through a lot this year. A demonic man with a toddler's attention span (and vocabulary... and intellect) became leader of the free world, climate change resulted in a chain of devastating natural disasters, and literal Nazis were given a huge platform to spew their hate. There were some good things that happened this year, but I can't think of any right now. This might explain why when Twitter user Shauna asked her followers to send her GIFs that describe 2017, things got dark real quick.

This is what we think about doing every single day.

How are we not all alcoholics at this point?

Dick Jenga perfectly symbolizes all the powerful men who've been accused of sexual assault or harassment this year.

This is the moment we all want to remember 2017 by, when white supremacist Richard Spencer was punched in the face.

How this year felt in a nutshell:

The more than 65 million of us who voted for Hillary Clinton saw this coming.

And yet, we still managed to be shocked by things that came out of our president's mouth.

We tried our best.

But some days it was just too much.