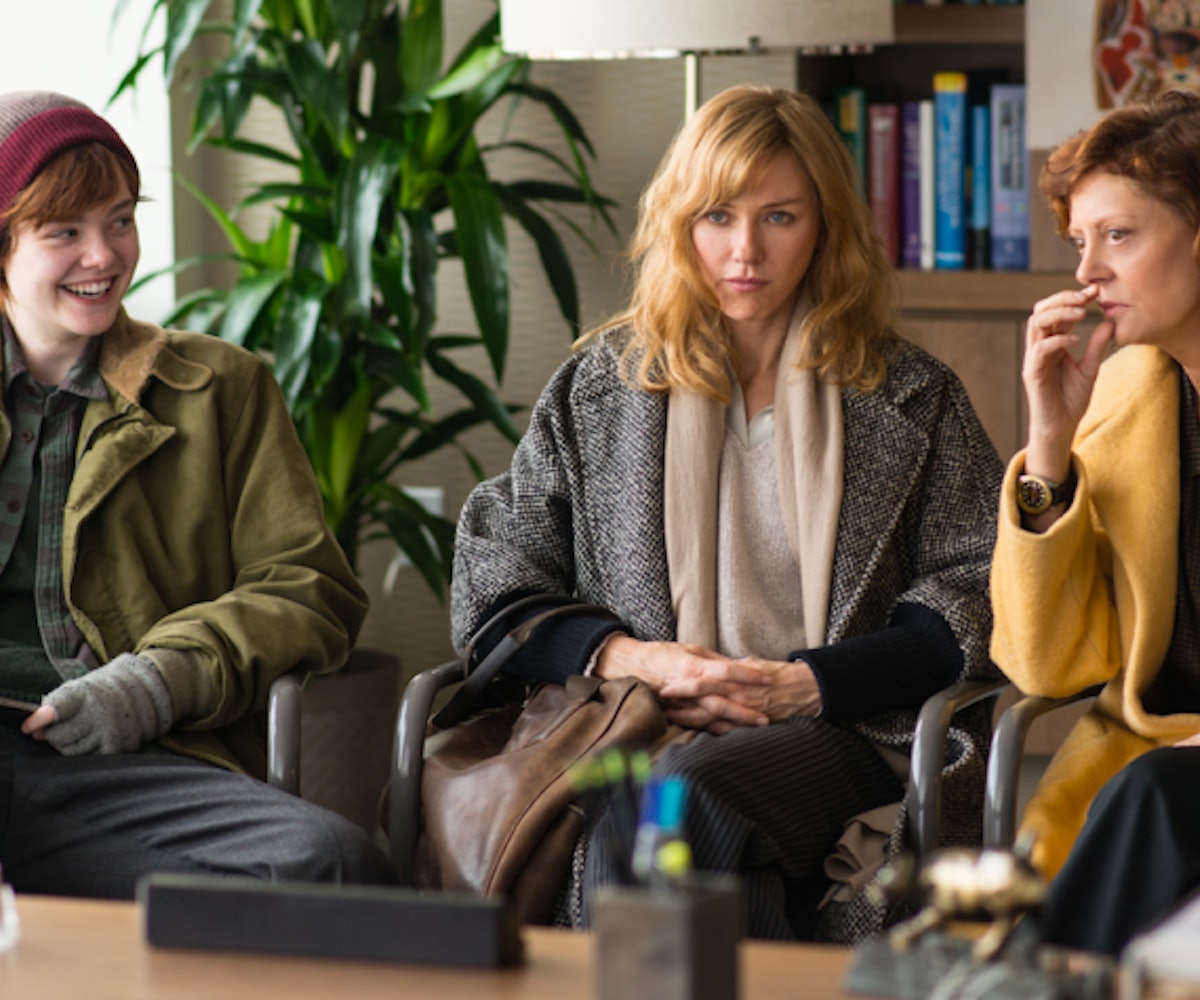 Upcoming film 3 Generations centers around a family drama, and the ways in which the mother and grandmother of a teenager learn to accept him for who he is. Sounds like a pretty classic coming-of-age film, right? The kind that tons of adolescents would love to see. The problem is, they might not be able to easily do so, because 3 Generations has an R rating, one which some people are speculating was given to the film simply because its teenage protagonist happens to be a transgender boy.

Earlier this week, LGBTQ advocacy group GLAAD sent a letter to the Motion Picture Association of America (MPAA) in which it expressed frustration that 3 Generations received such an exclusionary rating. The letter read:

All that differentiates the film from other PG-13 films is a few instances of strong language. The film does not include graphic violence, drug use, or nudity – it merely portrays a modern family. The Williams Institute at UCLA estimates that there are 150,000 transgender youth between the ages of 13 and 17 in the United States. These are families who deserve to have their story told in a way that's accessible to those most affected.

The Motion Picture Association of America should represent all Americans, including transgender youth.

A Change.org petition has also been started by trans woman Blair Durkee asking for the MPAA to reconsider its rating. Durkee explains:

All throughout my childhood and adolescence, I didn’t see images that reflected my trans identity in the media. When I graduated from college, I had not even an inkling that I was trans. But over the course of a year, I went from total ignorance to actually coming out. And coming out to yourself, especially when you’re trans, is the biggest hurdle.

Something that contributed to that self-awareness was seeing transgender images on-screen. The storylines weren’t always perfect and neither were the characters, but they were there. They were living their truths. I saw characters that I could look at and see myself reflected in – and that made a huge difference in my life.

There is a notoriously low level of representation of trans people in film and in other forms of media, so the idea that the MPAA would make it difficult for trans teenagers, specifically, to see stories similar to their own on-screen, is disheartening to say the least. The 150,000 trans youth between the ages of 13 and 17 in America should have every right to see a film like this without an arbitrary impediment like an R rating in place.

Of course, 3 Generations is not without other controversy: The trans community has vocally protested the fact that a cis woman actor, Elle Fanning, is the one portraying a trans man, rather than a transgender actor. This type of casting controversy is all too common, and has happened in award winning films and TV shows, from Boys Don't Cry and The Danish Girl to Transparent. But simply because 3 Generations has its problems, doesn't mean that its focus on the life of a trans teenager should prevent actual trans youth from watching and critiquing the film themselves. After all, there is nothing inherently inappropriate about the life of a trans person, yet that's exactly what an MPAA rating like this seems to suggest.

3 Generations opens May 5; the MPAA has yet to change the rating.