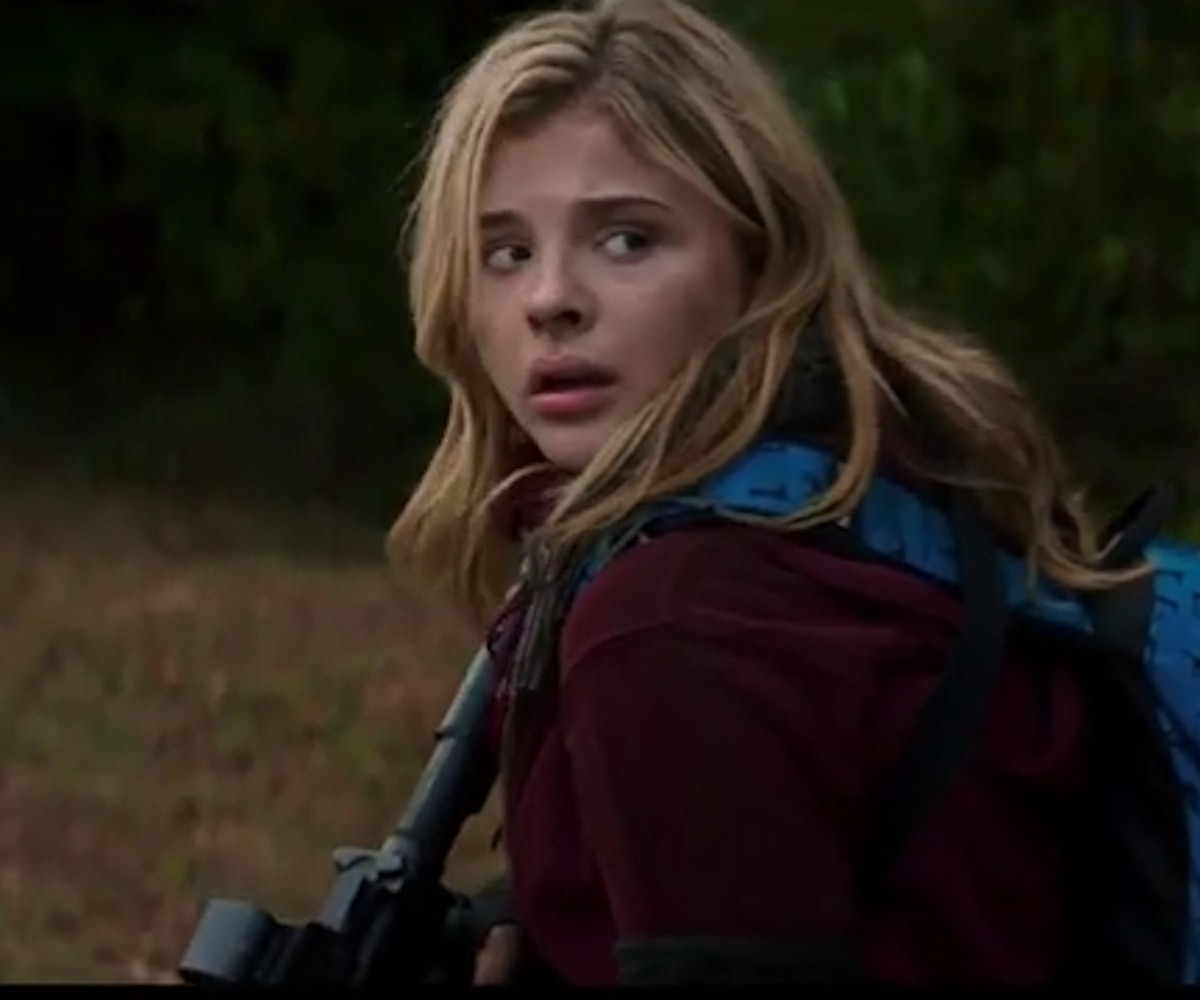 Chloë Grace Moretz was one of the final actresses up for the role of Katniss Everdeen in The Hunger Games, so the universe simply would not allow her to enter adulthood without a YA franchise to call her own. That franchise will hopefully get launched with The 5th Wave, an invasion thriller starring Moretz as a girl who might be humanity's only hope after an alien race called The Others wipes out most of the planet.

The movie is based on the acclaimed novel by Rick Yancey, but it's difficult to say if The 5th Wave is poised for success. As we've seen with misfires like Beautiful Creatures and The Host, adapting a best-selling YA novel and casting gorgeous and talented young actors isn't enough. The script needs to be good and audiences need to be invested in the characters. Also, show us something we haven't seen before. With giant waves obliterating landmarks and humongous spaceships hovering ominously over cities, The 5th Wave looks like a patchwork of other apocalyptic blockbusters. And that it drops on January 15—typically a dumping ground for Hollywood studios—does not bode well. Still, like Moretz's character in the movie, we're holding out hope. Watch it above and judge for yourself.