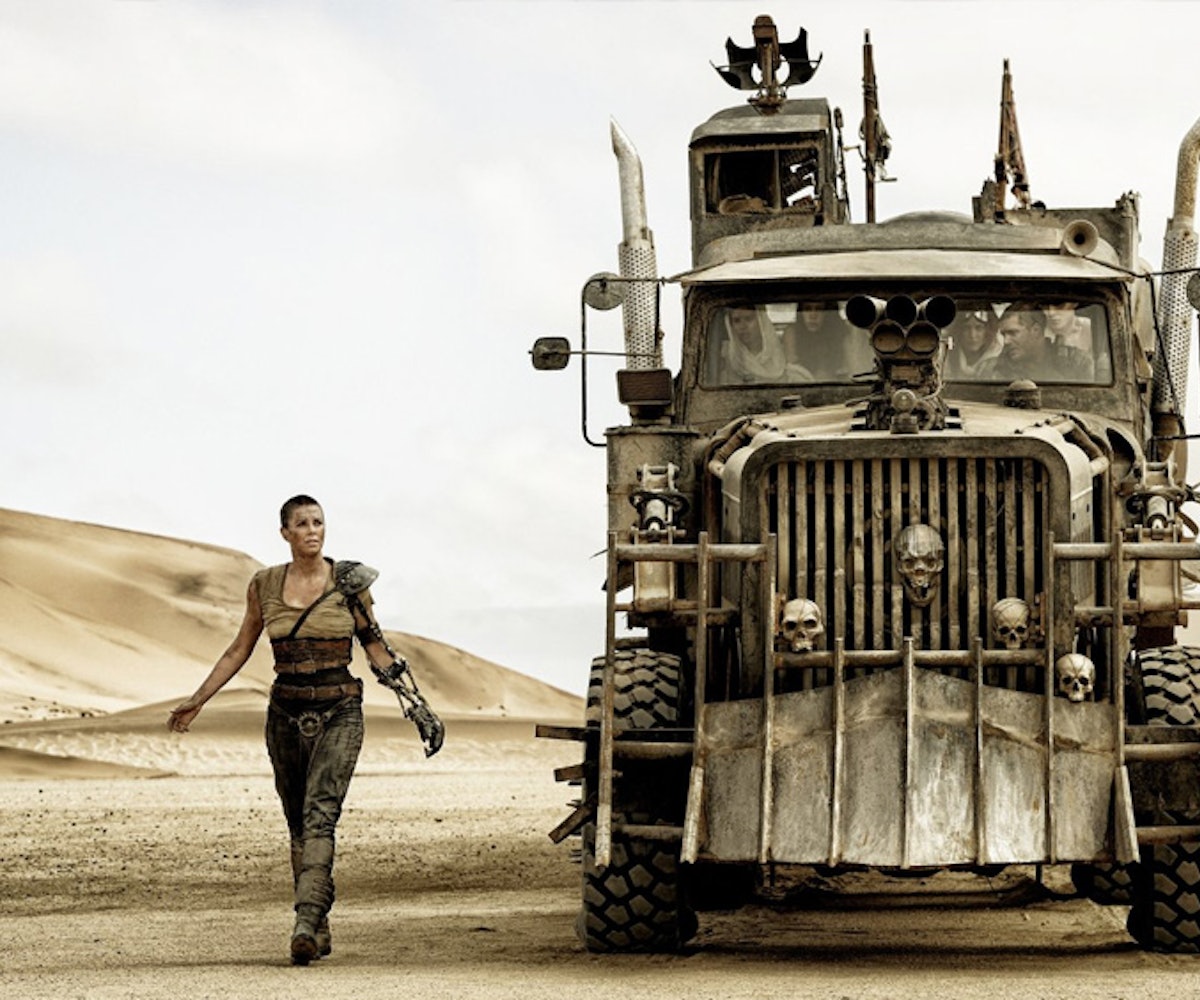 This Friday, Mad Max: Fury Road will head-on collide with audiences, and they’ll be subject to filmmaker George Miller’s nihilistic vision of a post-apocalyptic world where humanity is a fraction of what it used to be, and the world as we know it is no more. Miller is updating his own interpretation of life after civilization, and it looks absolutely terrifying. Here are seven movies that similarly imagine what life would be like after the end of all things.

The image of a dazed Cillian Murphy, fresh out of a month-long coma, stumbling through a completely abandoned London, has become, in its own way, the grandaddy of post-apocalyptic imagery in the movies. Little did he know this seemingly desolate new world was now crawling with rage-a-holic zombies. But for a brief moment, we’re able to, along with the lead character, find some beautiful serenity in a world gone totally mad.

A sorely underappreciated movie when it came out in 1995, this twisted--and twisty--psychological time travel thriller features a prescient, end-of-the-world environmentalist conspiracy, and one of Brad Pitt’s greatest performances (he was nominated for a Best Supporting Actor Oscar). Inspired by the 1962 classic French short, La Jetée, 12 Monkeys has since taken on its own cult classic status, even inspiring a good TV show whose second season airs next year on SyFy Network.

Following a catastrophic man-made environmental disaster, what’s left of humanity hurtles around the earth during a new ice age. Poor people in the back, rich folks up front. A group of rebels who are tired of this new world order must fight their way to the front of the train--cart by deadly cart--in order to change what’s left of the world. This deeply bizarre and entertaining movie shocked audiences who were expecting a by-the-numbers dystopian action flick starring Captain America, but instead got a crackerjack political allegory that featured thrillingly cartoonish fights scenes and ghoulishly weirdo characters, like Tilda Swinton’s unforgettable Mason.

Dawn of the Planet of the Apes

The rare occasion where a sequel vastly outdoes the original. Most of the human population has been wiped out by the Simian Virus, while the evolved race of apes have set up shop in the forest outside of San Francisco. Eventually, a truce between the apes—led by Caesar—and the humans is reached, but if that were to last, we wouldn’t have a movie. A refreshing departure from your typical rise-of-the-machines post-apocalyptic scenario, this movie somehow manages to make monkeys—monkeys!—seem like a legitimate threat to our existence.

One of the most brutal fallen civilizations ever put on a film, this sequel to the original Mad Max left audiences reeling with its relentless nihilism. Set in a world where gasoline is scarce and bands of desperate psychopaths will stop at nothing to get it, director George Miller left his mark as a mad genius less concerned with man’s tendency to destroy himself and more concerned with blowing our socks off.

The post-apocalyptic world as depicted in The Matrix is so terrifying for the very reason that its inhabitants have no idea it exists. Instead, they’re plugged into a computer system that simulates life as they knew it, oblivious to the scorched earth that surrounds them. Neo, played with stone-faced perfection by Keanu Reeves, is tasked with liberating the human race from their virtual reality and the robot overlords who built it. As we grow more reliant on machines, the future of The Matrix becomes more real, and more terrifying.

It’s 700 years in the future and the earth is filled skyscrapers made out of garbage. Humans—fat, lazy, and endlessly consuming—float above the planet in space ships that resemble giant Wal-Marts. Below, WALL-E dutifully compresses and organizes all the trash we’ve left behind.