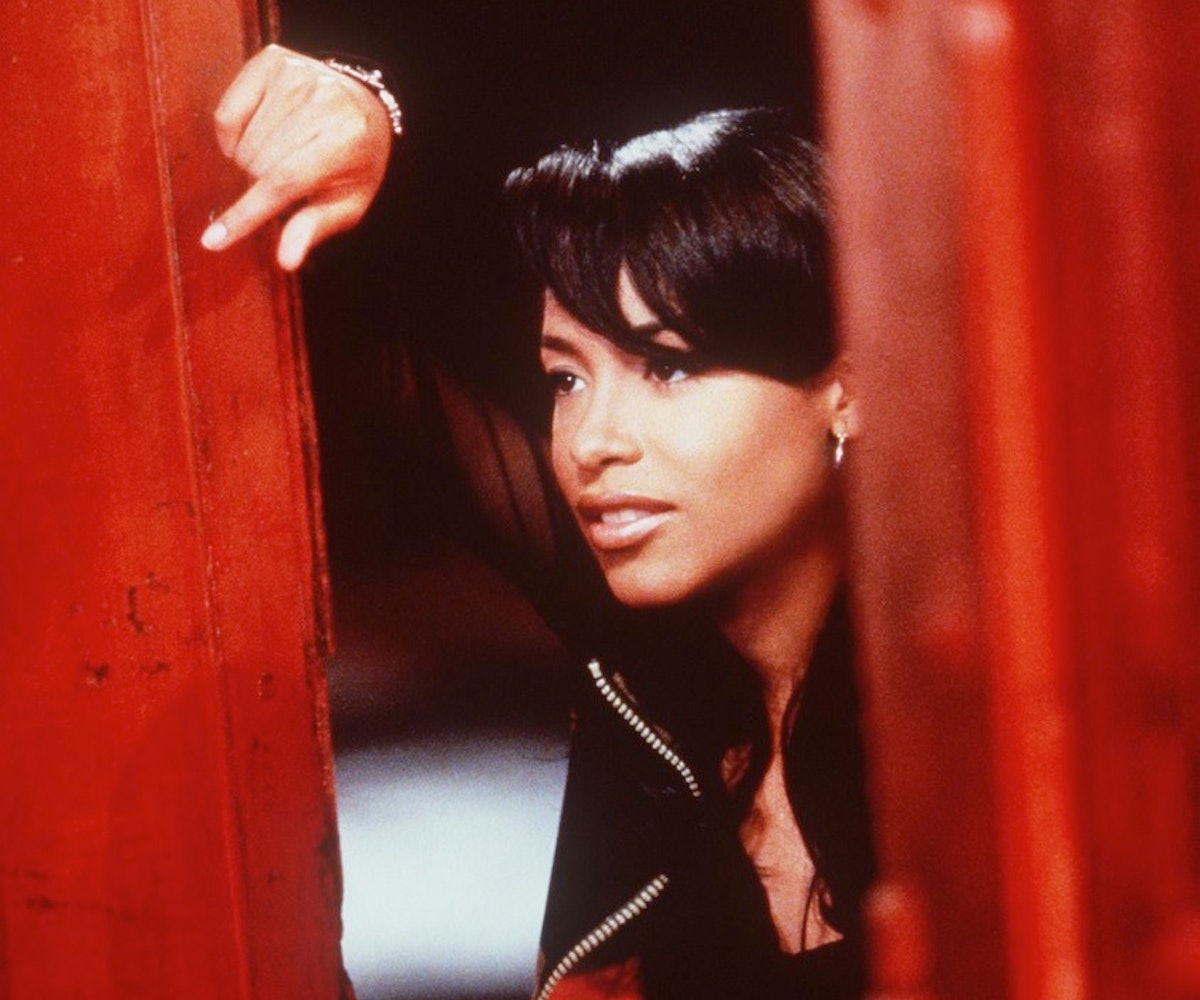 Take a Hike Day. Now you have a really good excuse to take a longer than normal lunch break.

+ Mac DeMarco was arrested during a live performance at University of California, Santa Barbara for wanting to fight concert goers and for moshing. Say wha?!

+ Christmas fans, get pumped because the 30th Band Aid “Do They Know It's Christmas?” debuted, and features your favorite musicians like Ellie Goulding, Sam Smith, Rita Ora, and Ed Sheeran. Let the countdown being!

+ The Hunger Games cast crashed Saturday Night Live and it was really awesome.

+ You might have heard that Solange was going to get married, but in the celeb gossip world who really knows what's true?! Actually this was, and she did it this weekend.

+ Aaliyah: The Princess of R&B aired on Lifetime this weekend, but not without controversy.

American Apparel is hooking you up with up to 75-percent off of their rad pantyhose collection (including fishnets, over-the-knees, stirrups, and two-toned styles)!

"There is no aspect, no facet, no moment of life that can't be improved with pizza. Thank you." - Daria Morgendorffer

NEXT UP
Culture
The Madonna Biopic Is Being Scrapped
Entertainment
Harry Styles Is Performing At The 2023 Grammys
Entertainment
Samia On 'Honey' & Saying The Ugly Part Out Loud
Entertainment
Gracie Abrams & Gia Coppola On The Joy Of Free-Flowing Collaboration
Style + Culture, delivered straight to your inbox.