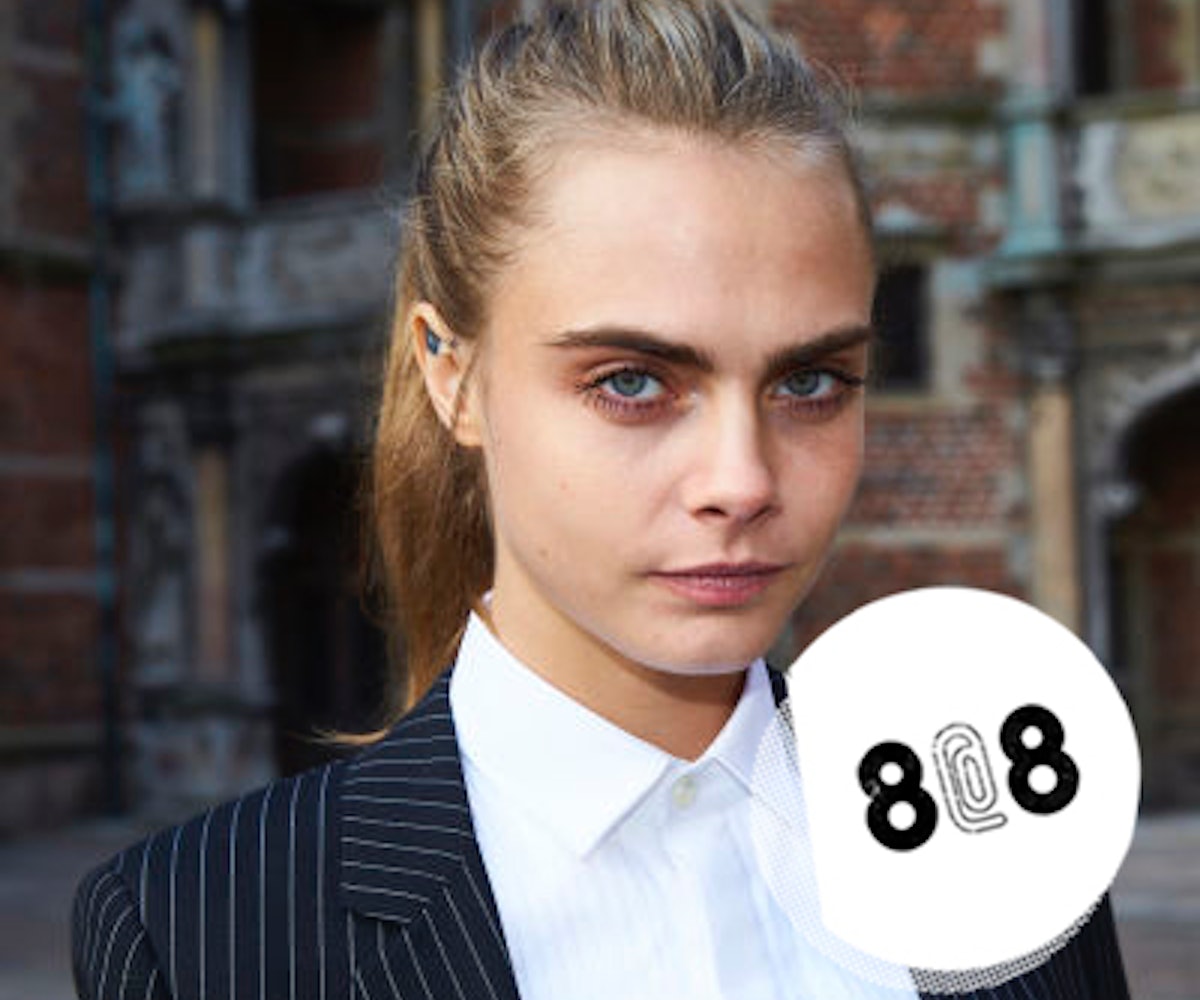 + With new campaigns for Chanel Eyewear and Saint Laurent, it seems that Cara Delevingne has returned from her modeling hiatus. However, the budding actress addresses the gossip of her return with a simple tweet—claiming she never quit in the first place.

+ An underground group of artists known as Indecline honored the Black Lives Matter movement by placing the names of police brutality victims on their own stars on Hollywood Walk of Fame. Shining light on the overarching issue of violence from government officials toward the black community, Indecline hoped the piece would spark a public conversation by confronting the viewer with names such as Eric Garner and Michael Brown.

+ Run by teen girls and built for teen girls, School of Doodle is ready to bridge the confidence gap for young women everywhere. The online platform acts as a "magical place" where anyone who identifies as a girl can be given the tools to create, connect with established professionals, and generally kick ass. Launching today, we're excited for every lady of Generation Z to exercise their imagination and channel their inner world changer. #GirlsBeLoud.

+ FlucT's Monica Mirabile and Otion Front partner Sarah Kinlaw are joining forces to direct a performance art piece that will dissect the many layers of authority. Taking place from May 20 through May 22, Mirabile and Kinlaw say that Authority Figure will explore the "systems that program our obedient identities" and help us "understand our relationships to each other." The event will feature more than 150 performers, including choreography and installations by New-York based artists, and original music by Dan Deacon, Pictureplane, Hot Sugar, Eartheater, Sophie, Dev Hynes, and Chairlift's Caroline Polachek.

+ Colleen Green is giving us a taste of her forthcoming self-titled EP with her new single "Between The Lines." Being a sucker punch kind of chick never sounded so amazing.

Get a head start on your summer wardrobe with the new collaboration from L.A. fashion brand dRA and blogger Kelli Murray. If you're in need of floral prints and feminine cuts, pre-order the adorable collection today at dRA.

"I learned, when I look in the mirror and tell my story, that I should be myself and not peep whatever everybody is doing." —Kendrick Lamar