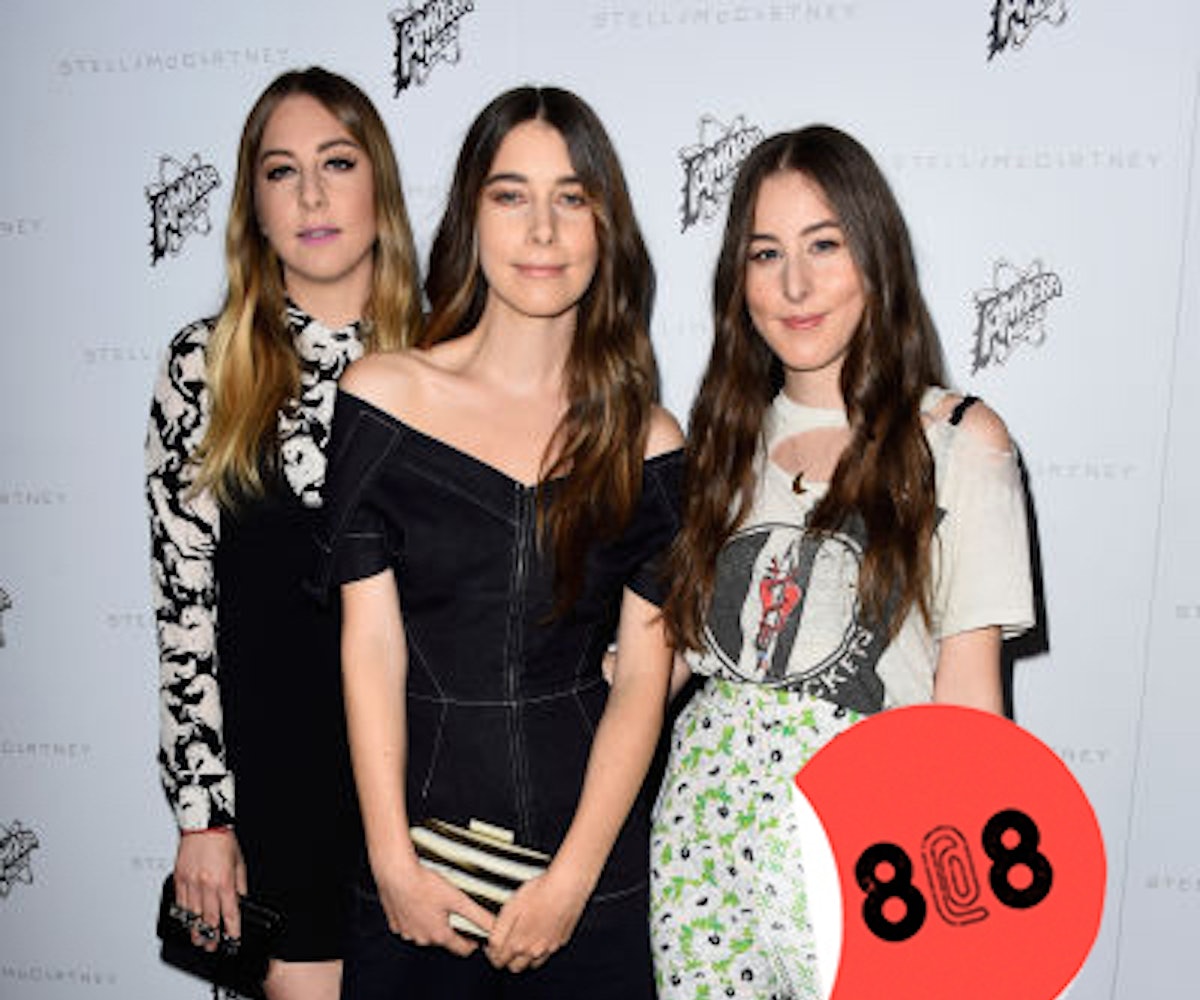 + The Girls Rock Camp Foundation will be throwing an event that is the epitome of girl power hosted by Rachel Bloom from Crazy Ex-Girlfriend with a special performance from HAIM. Honorary members include Yoko Ono, Cyndi Lauper, and Katy Perry. The charity supports young girls by developing their creative expression and life skills through music, a pretty great cause if you ask us.

+ Grace Jones and Devonté Hynes (aka Blood Orange) announced that they will be "bringing ultimate blackness" performance on August 27 at the Greek Theatre in Berkeley, California. You won't want to miss it.

+ In a special Q&A session with Rolling Stone, Grimes revealed that there are leftovers from Art Angels. In other words, there's more music on the table to potentially be released soon.

+ Uber is on a mission to reach new heights at Coachella this year through a partnership with digital aviation company BLADE that offers helicopter rides. Costing $695 a person, the flight takes approximately 55 minutes from the BLADE Los Angeles Lounge at Van Nuys Airport to the BLADE Desert Lounge in Palm Springs. To book your UberChopper trip, download the Uber or BLADE app.

+ RL Grime dropped a new single called "Aurora" and it will blow your speakers out. The producer debuted the track with a video that he created himself using a GoPro attached to a weather balloon headed toward outer space.

Urban Outfitters is embracing its musical roots by teaming up with Domino Recording Company to create a label-curated compilation consisting of 10 tracks. Artists like Porches and Real Estate are featured on this showcase of sound, with an unreleased track from Blood Orange as well. This assortment of songs is now available on green-colored cassette and vinyl, available for purchase here.

"I see the human in everyone and everything. No one is more important than anyone else."—Zoë Kravitz