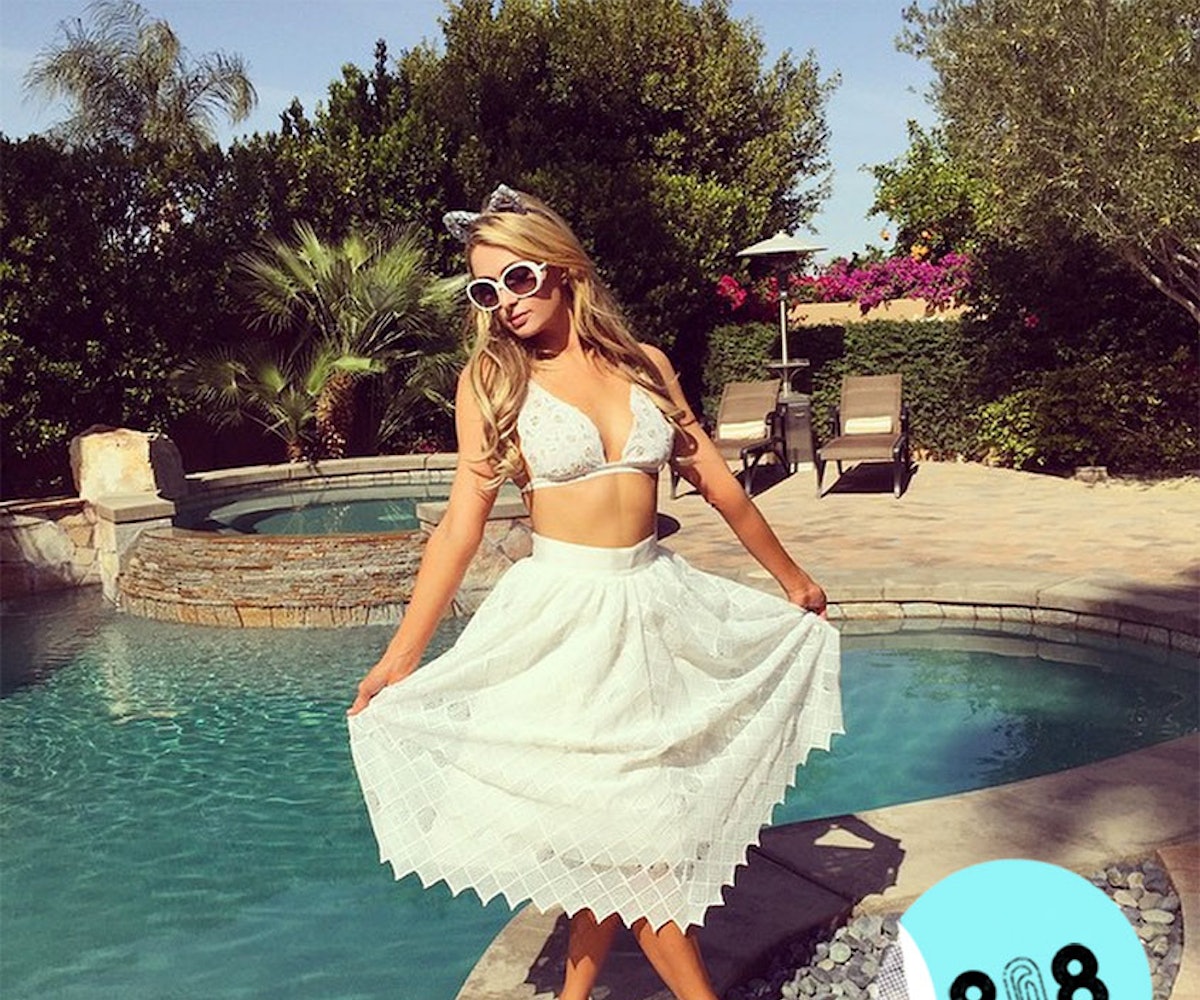 + Pop icon of 2006 ("Stars Are Blind," anyone?) Paris Hilton has listened to your prayers and is releasing a new single. She previewed the track with an Instagram, of course:

+ Celebrate Earth Day early with H&M's new exclusive conscious collection. Shop it online or drop by the pop-up shop in Times Square, which will be open until Sunday, April 19th.

+ Just days after Wonder Woman's director Michelle MacLaren left the project because of creative differences, Patty Jenkins has stepped into the role.

Stock up on some stationary with 10% off new products at Rifle Paper Co. Mother's Day is just around the corner.

"There's beauty in the things we think are imperfect. That sounds very cliché, but it's true." — Laverne Cox