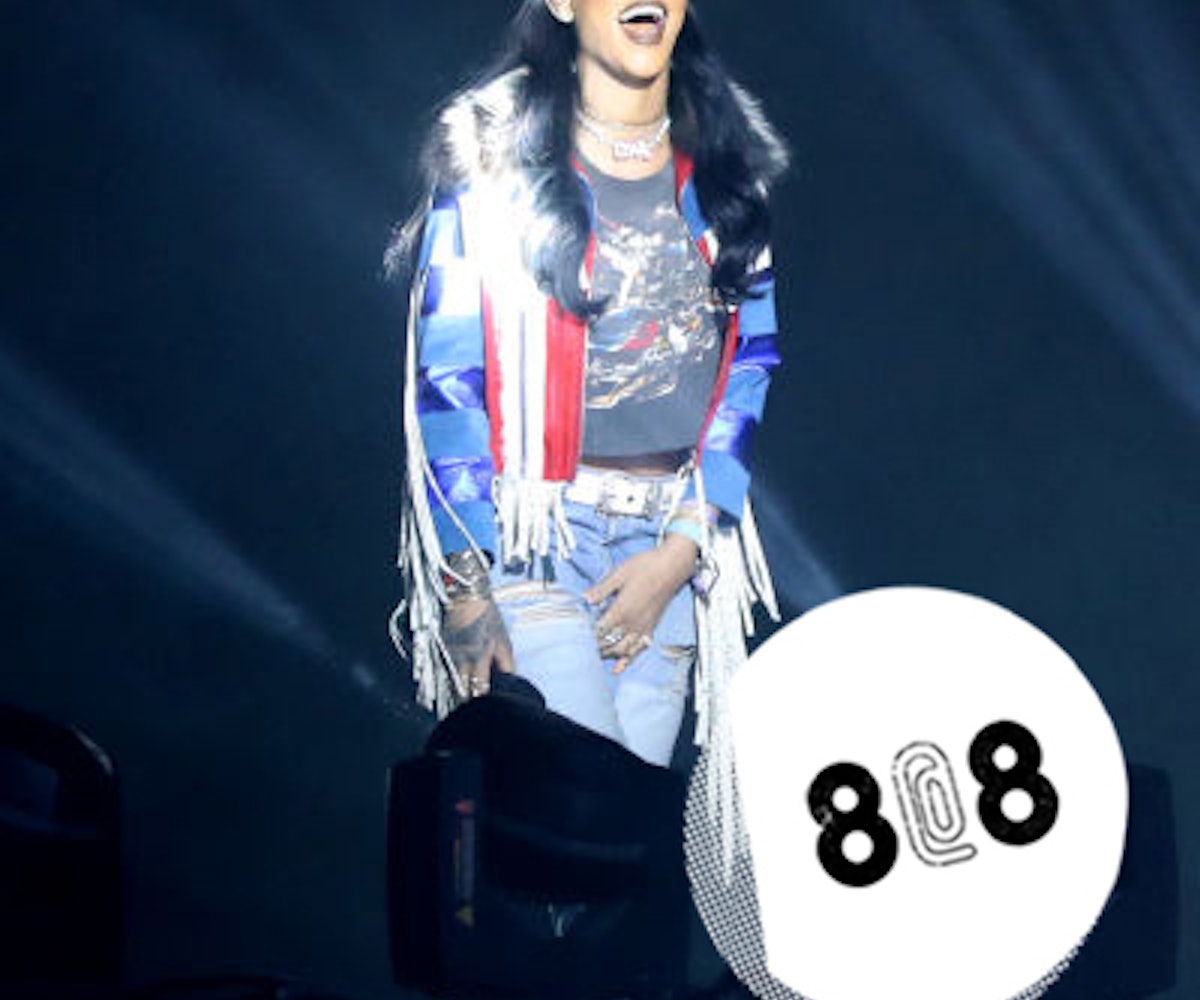 + Now you can wear a little bit of Rihanna on your feet. Her new sock collab with Stance, Fenty for Stance by Rihanna, is now available. You can shop the collection here, but be quick. We're sure these will sell out quickly.

+ Afropunk Brooklyn is back with artists like Ice Cube and Tyler, The Creator making their way to the festival stage. The world-renowned event has just announced the full lineup, bringing a variety of art and music acts to Commodore Barry Park in Fort Greene. Afropunk will take place August 27 and 28th, and tickets are now available here. See the full lineup, below.

+ The $20 bill is getting a major makeover. The U.S. Treasury Department was originally going to add a female face to the $10 bill but reconsidered once negative reactions began outpouring about Alexander Hamilton's removal. Yes, the Broadway musical Hamilton certainly had fans rallying against the action. The agency will instead be replacing Andrew Jackson with an influential woman, to be announced later this week. Potential candidates include former first lady Eleanor Roosevelt and African-American abolitionist Harriet Tubman.

+ Steve Buscemi is shining a light on an issue that has been in the shadows for far too long. The actor has executive produced a documentary called Check It, which focuses on the mixture of gang violence and LGBT youth in American subcultures. Buscemi is currently trying to raise funding for the release of the movie at Tribeca Film Festival in New York. A portion of the collected funds will also be donated to those starring in the film who are looking to financially support their own fashion line.

+ With summer coming so close, we are all for experiencing the beach—in any way possible. R&B artist JMSN has just released a track called "Hypnotized" that takes us straight to the Caribbean with a reggae-infused sound. Put on those shades and lay out in your backyard while listening to this hot weather jam.

Objects Without Meaning is releasing a capsule collection with Urban Outfitters for those who are ready to hit up the music festivals this season. All of the pieces feature breezy silhouettes and bold patterns, perfect for laid-back music events. Flared white denim jeans? Yes, please.

"If you don’t love yourself when someone else says horrible things to you, part of you is always going to believe them." —Anne Hathaway