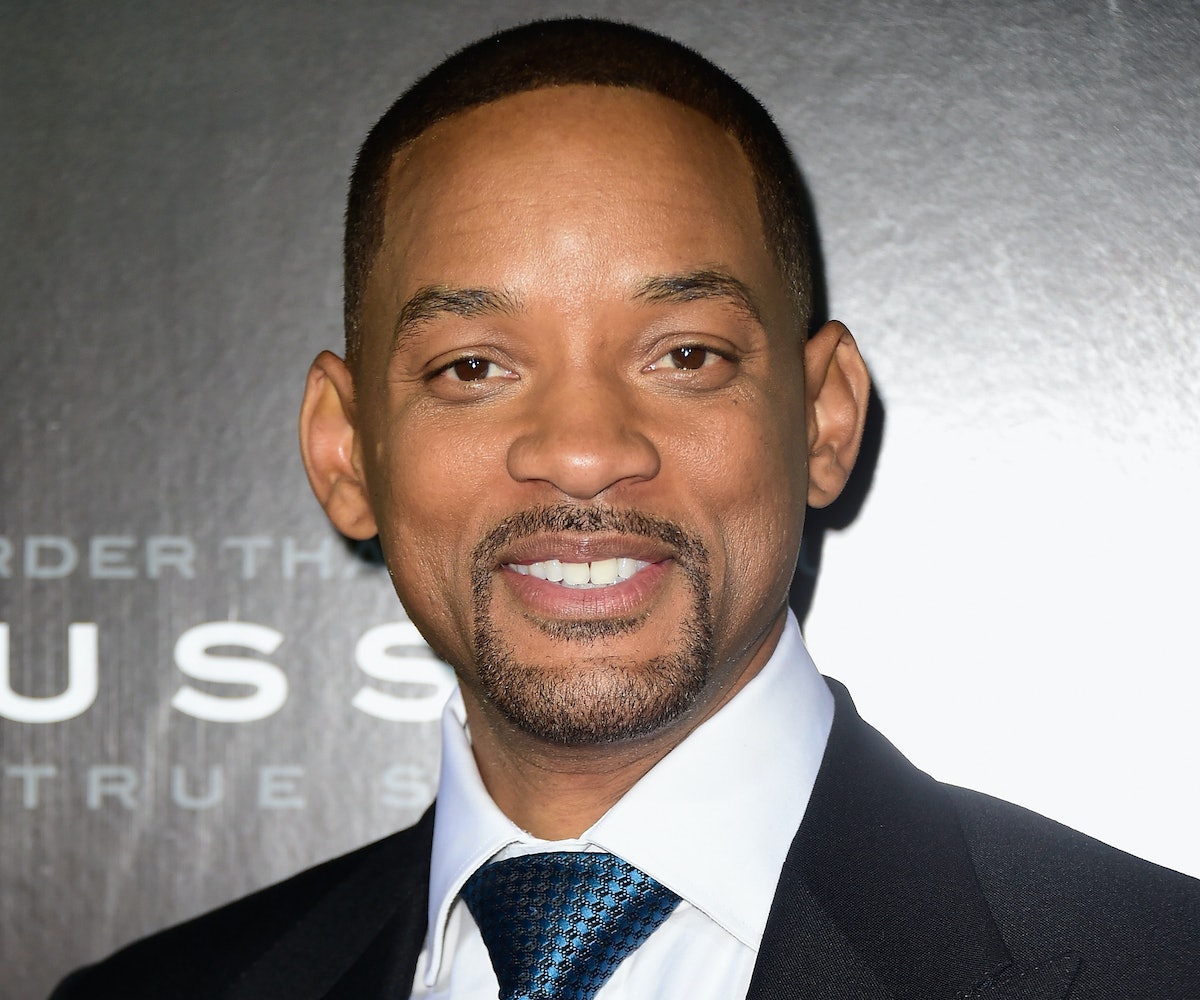 + Will Smith is rumored to be playing Genie in the upcoming live-action adaption of Disney's Aladdin. Though Smith was previously in talks with Tim Burton on starring in live-action Dumbo and was recently preoccupied filming Bad Boys 3, Dumbo fell through due to scheduling conflicts and Bad Boys 3 never got off the ground. So, Smith may have some extra time for Dan Lin and Jonathan Eirich's fresh rendering of the Aladdin story. Fingers crossed—we'd gladly spend all three wishes on confirming Smith's role.

+ BBC Radio 4’s Seriously, a radio documentary celebrating writer Zora Neale Hurston, aired earlier this week featuring Solange. In her tribute to the African-American literature foremother and Harlem Renaissance revolutionary, Solange explained how Hurston’s blunt and before-her-time expression in works like Their Eyes Were Watching God and Dust Tracks on a Road influenced Solange’s own black womanhood and artistry. In addition to reading from some of her favorite Hurston works, Solange reflected on the destruction of the angry black woman archetype, the advancement of the black woman’s narrative, and what she’s learned from reading Hurston’s words.

+ Winnie Harlow is featured in Marc Jacobs’ latest ad campaign. The ad features the vitiligo model and another model, from the thigh down adorned in lacy pink mini dresses and with embellished handbags. Harlow, who made her modeling debut on America’s Next Top Model in 2014 and went on to walk in Marc Jacobs’ Fall 2017 show, has become a fashion industry fav. Marc Jacobs’ embrace of diversity is a major step in the right direction, but we're still waiting for the day when basic diversity is no longer newsworthy.

+ Supermodel and philanthropist Naomi Campbell and Diesel have joined forces to create CHILD AT HEART, a graphic T-shirt and hoodie charity collection. A portion of the collection’s proceeds will support Fashion for Relief, Campbell’s charity which has supported global child welfare since 2005. Proceeds from CHILD AT HEART will directly provide financial aid and resources for refugee children. The collection will be available in stores and online.

+ The first wave of Chicago’s Riot Fest lineup was announced yesterday. Nine Inch Nails is set to headline on Friday, Queens of the Stone Age on Saturday, and Jawbreaker—in their first reunion in 21 years—on Sunday. The punk rock fest has a thing for reunions, but no one was expecting a Jawbreaker get-together after their 1996 breakup when guitarist-vocalist Blake Schwarzenbach and bassist Chris Bauermeister got into a violent fist fight. This should be interesting. Tickets for Riot Fest are available now. The festival takes place September 15 to 17.

Online organic and planet-friendly lingerie boutique Brook There is having an Earth Day sale featuring a 22 percent off sitewide discount. Use code EARTH22 between April 20 to 24. Treat yourself and Mother Earth!

NEXT UP
Fashion
Kim Petras Wore An All-Denim Homage To Britney Spears At The 2022 AMAs
Culture
Jeremy Allen White Has At Least Four A24 Scripts on His Desk
Culture
Aubrey Plaza Directorial Plans Involve Filling The “Female Tim Burton Spot”
The Art Issue 2022
From Renaissance To Gemini Rights: The Stories Behind 2022's Best Album Covers