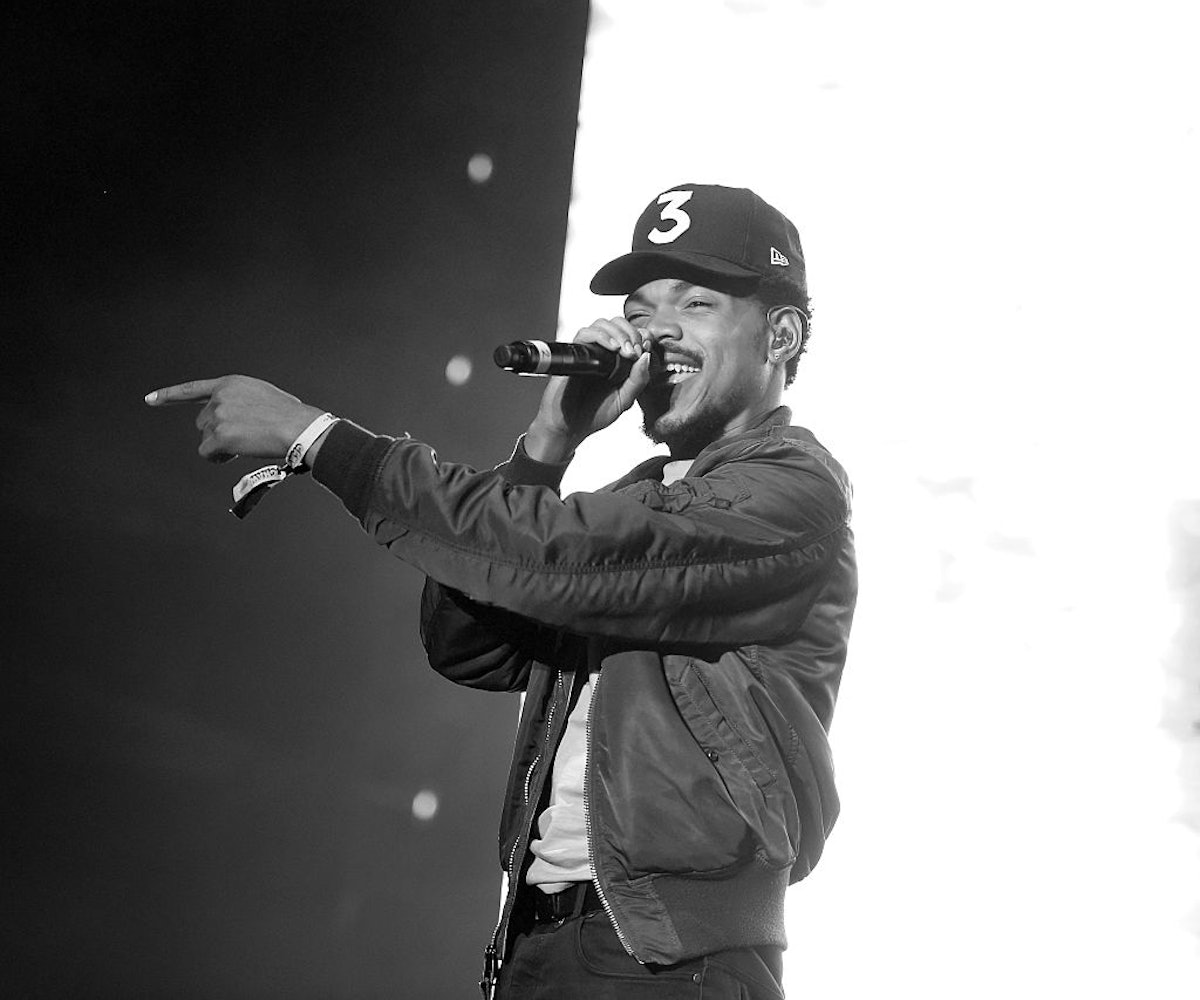 + Chance the Rapper has become the first confirmed speaker at the "People's Inauguration" rally being held by the Youth and College Division of the NAACP. The event will take place in Washington on January 21 with the goal of launching a new era of activism aimed at protesting the potential threats that a Trump presidency may pose.

+ Almost a year after the release of his debut album Broad Shoulders, Taylor Bennett has finally dropped a new single titled "New York Nights." The fire track features Stro and Jordan Bratton. With his smooth flow and smart verses, the 20-year-old is well on his way. (His big brother must be so proud!)

+ If your bucket list (or budget) for the new year doesn't include a trip around the world, Spotify has you covered. The music streaming platform just launched an interactive musical map of the world. With just the click of a button, you can hear songs from emerging artists in Iceland to distinctive tunes of Taiwan, all from the comfort of your home. Start listening right here.

+ A new study has linked the relationship between alcohol consumption habits and sexual assault. Approximately 1,000 male college students have been surveyed throughout their college careers, and a staggering 18 percent of the participants admitted to committing at least one sexual assault over a five-semester time period. The findings revealed that it isn't binge drinking alone that puts students at risk, but instead their "drinking setting" or environment that increases the likelihood of male students turning into perpetrators.

+ If you didn't know that a VFILES x Mountain Dew Collection was exactly what you needed in your life, now you do. VFILES will be launching their MTNDEW Camo Out collection with a holiday pop-up shop at their 12 Mercer Street storefront in NYC today from 11am to 7pm. Stop by to peep the collection and catch a performance by Kodie Shane—or snap a photo with their "Hot Camo Santa."

New year, new you, new dress! Redefine your style by shopping Reformation's two-week long, end-of-the-year sale. Styles will range from 30 to 70 percent off, both in stores and online. You have until the clock strikes midnight on New Year's Eve, but don't wait too long because these looks are guaranteed to go fast.

"The truth will set you free, but first it will piss you off." —Gloria Steinem