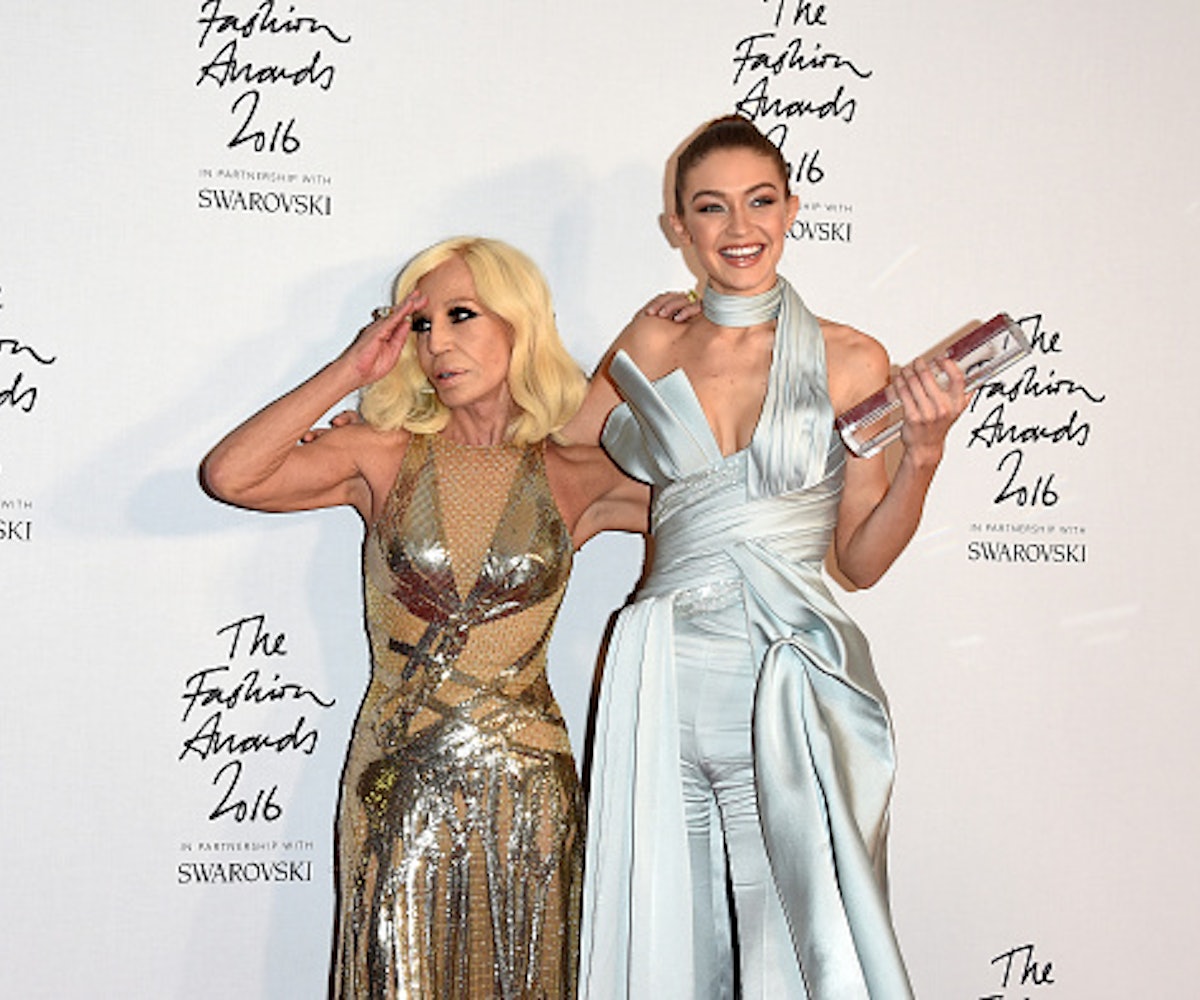 + Gigi Hadid went au naturel for the latest Versace campaign. The flashy spread features the supermodel in nothing but a pair of black stilettos, lounging on a canopy bed, with gold embroidered pillows surrounding her. Cozy girl swag.

+ After many renowned fashion designers publicly refused to dress Melania Trump for Inauguration Day, '90s icon Calvin Klein has stepped up to the task under one condition—if no one else is willing. In conversation with TMZ about the topic, the designer said, "Of course I would." Klein isn't the first designer to agree to potentially dress the next FLOTUS—Diane von Furstenberg, Thom Browne, and Marcus Wainwright have also said they would dress the future First Lady.

+ You can finally stream Skepta's documentary Greatness Only on Apple Music. The 30-minute film offers a glance at the grime star's creative process as he prepares for his major milestone, performing at the Alexandra Palace. Check out the trailer below and watch the film in its entirety here.

+ Pink pineapples are officially a thing now and have even been approved by the FDA. Del Monte, the company responsible for the fruit cups of our youth, has patented the genetically modified pineapple under the name "Rosé."

+ Sophia Amoruso’s #Girlboss brand is hosting its first IRL Girlboss Rally next year in Los Angeles. Amoruso announced the event, taking place on March 4, on Instagram. Speakers will include prominent entrepreneurs for the millennial era, such as Glossier CEO and founder, Emily Weiss, and Bumble CEO and founder, Whitney Wolfe.

Still stumped about what gifts to get your besties for the holidays? Check out Project September, a new app that brings all the products your favorite Instagrammers have to your closet. Now you can scroll through the most envy-inducing items and purchase them instantly through the app. Insiders such as Nicole Richie are already in on this, and you can be, too, by checking out Richie's specially curated holiday gift guide here on her Project September page.

“If one is lucky, a solitary fantasy can totally transform one million realities.” —Maya Angelou