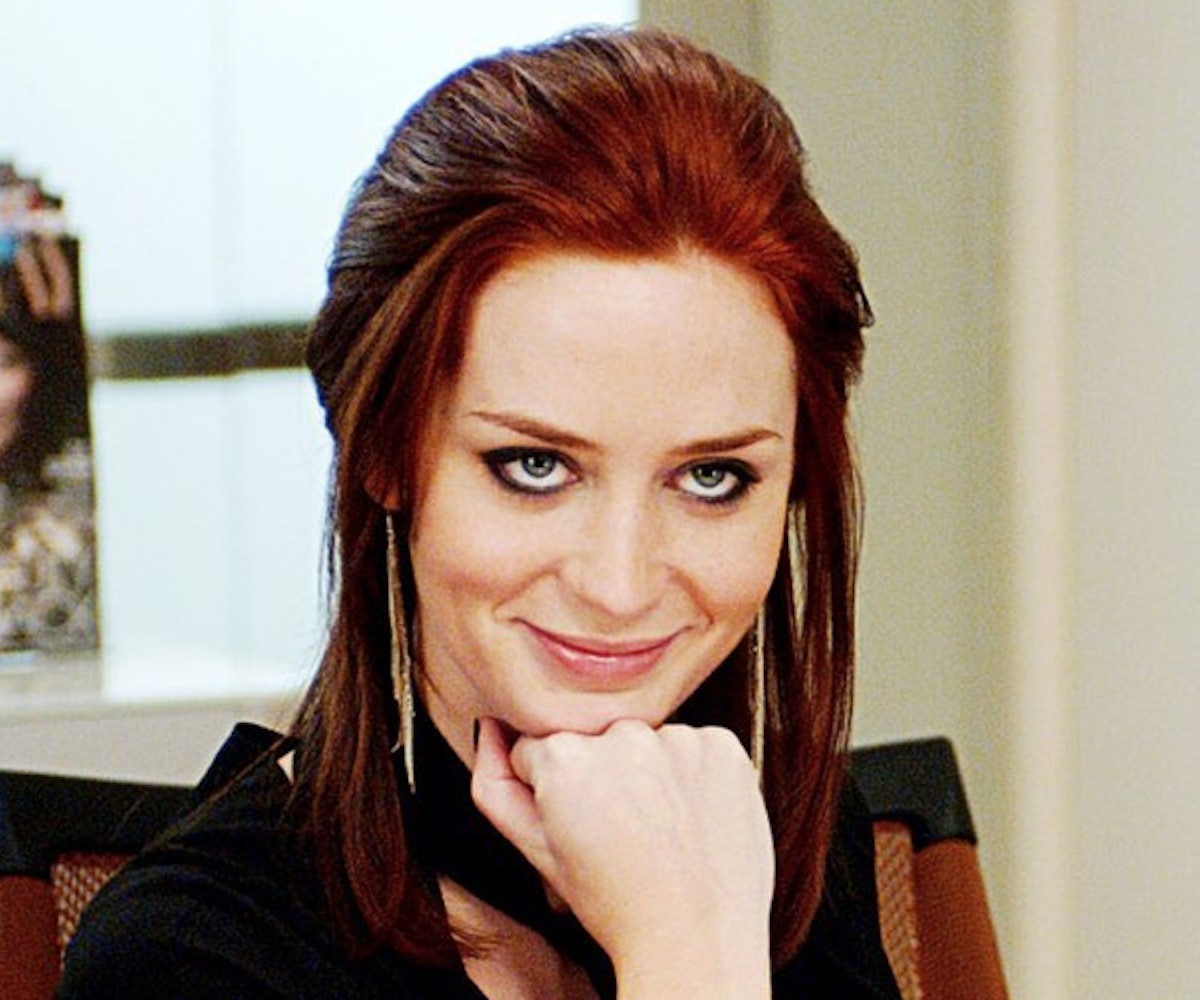 + A new installment of The Devil Wears Prada books is coming in June, 15 years after the first book’s release and five after the sequel, Revenge Wears Prada. Titled When Life Gives You Lululemons, the third book will focus on Emily Charlton, Miranda Priestly’s more tightly wound ex-assistant, played by Emily Blunt in the film. Following the events of the second book, she’s taken on a new job as a celebrity image consultant and settled in the suburbs. You can read an excerpt from the upcoming novel, here.

+ Kendrick Lamar just teased his new sneaker collaboration with Nike, and it's glorious. The Cortez-style shoe comes in a red, white, and black colorway and is named after his alter ego, Kung-Fu Kenny. The Chinese characters on the side of the shoe translate to “Supposed to Die,” but also serve as a double entendre that means “Damn.” But honestly, we're most excited for the punny “DON'T TRIP” lace holder.

+ The story of the Nutcracker is not as bright and bubbly as you might remember, according to Disney's upcoming live-action remake. The trailer for The Nutcracker and the Four Realms was recently released, and it shows a much darker side to the ballet we grew up seeing every winter. You'll spot Keira Knightley, Morgan Freeman, and Helen Mirren alongside lead, Mackenzie Foy, in the trailer. Watch it, below.

+ M.A.C's packaging is getting a pretty pink upgrade courtesy of the brand's newly revealed Lunar New Year collection. The lineup includes four lipsticks, a blush-highlighter duo, and a nine-shade eyeshadow palette, all in the pearly pink and rose-hued color family that matches the packaging. The collection will be available on January 18 for a limited time, so make sure you add to cart as soon as possible.

+ You can now Stranger Things-ify your bath with these themed sets from Etsy vendor The Fizzy Filly. The sets include two bath bombs, a bath soak, and a whipped soap sugar scrub that pay tribute to the cult favorite show. “Eleven’s Eggo Extravaganza” smells of maple syrup, “Dustin’s Slushside Down” borrows colors from Dustin's signature cap, and “Mind Flayer’s Vale of Shadows” is a blood red pomegranate shade. Each set is a thrifty $30 and comes with a magnet featuring one of the characters. Get yours here.

Reese Witherspoon's brand, Draper James, is here to bring a little sensible Southern charm to your holiday wardrobe. Starting now, you can enjoy up to 60 percent off of its holiday collection, no code needed. Get to shopping, here.

“What I’ve learned is that real change is very, very hard. But I’ve also learned that change is possible—if you fight for it.” — Elizabeth Warren