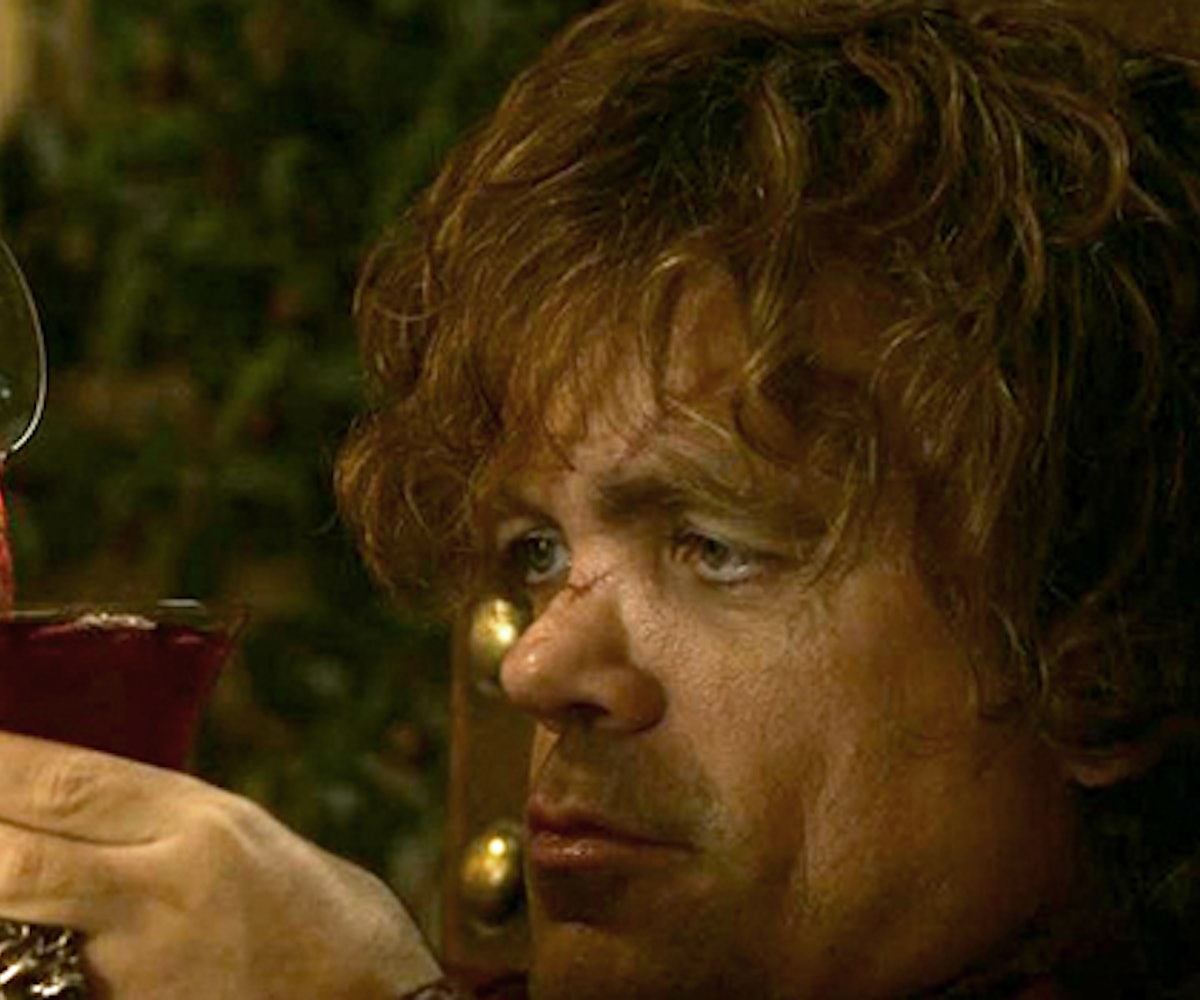 + Game of Thrones may not be coming back until 2019, but more GoT-inspired-beer is coming next year. The Royal Reserve collection is a group of four limited-run beers that's set to hit shelves next spring. Ommegang, the series' official brewing partner, describes the new drinks as a “homage to one of four epic figures in the battle for the Seven Kingdoms." They haven't told us who the figures are, but at least they won't make us wait two years to find out.

+ We all know that the Distracted Boyfriend meme is super-relatable, but its holiday-themed iterations are hitting even closer to home. Now, we have a visual representation of the indescribable (see also: awful) feeling we get when our families start talking about politics at the dinner table, among other "festive" feelings. Keep scrolling for some of our favorites.

+ Panic! At The Disco has just made this insane year worth it. Brendon Urie, the band’s frontman, whipped up a holiday song as an unexpected present to his fans. It’s called “Feels Like Christmas,” and trust us when we say it’s the best holiday track released this year. Stream it, below.

+ 7-Eleven is currently testing a delivery app, which will be released nationwide sometime next year. You can order everything from pizza and phone chargers to alcohol and their signature Slurpees, all from the comfort of your own home. There’s a $4.50 delivery fee, but getting favorite hangover food delivered is priceless.

+ HAIM reenacted the choreography to Britney Spears’ "Oops...I Did It Again" during one of her final Las Vegas residency shows, and it was truly a treat for all. Check it out, below.

Our favorite affordable skin-care brand, The Ordinary, just made its U.S. debut at Sephora and released a limited-edition set to celebrate. It features three products that combat wrinkles, dry skin, and uneven texture, which is just what everyone needs for the harsh winter months. Grab a set, here.

“I will not have my life narrowed down. I will not bow down to somebody else’s whim or someone else’s ignorance.” — bell hooks