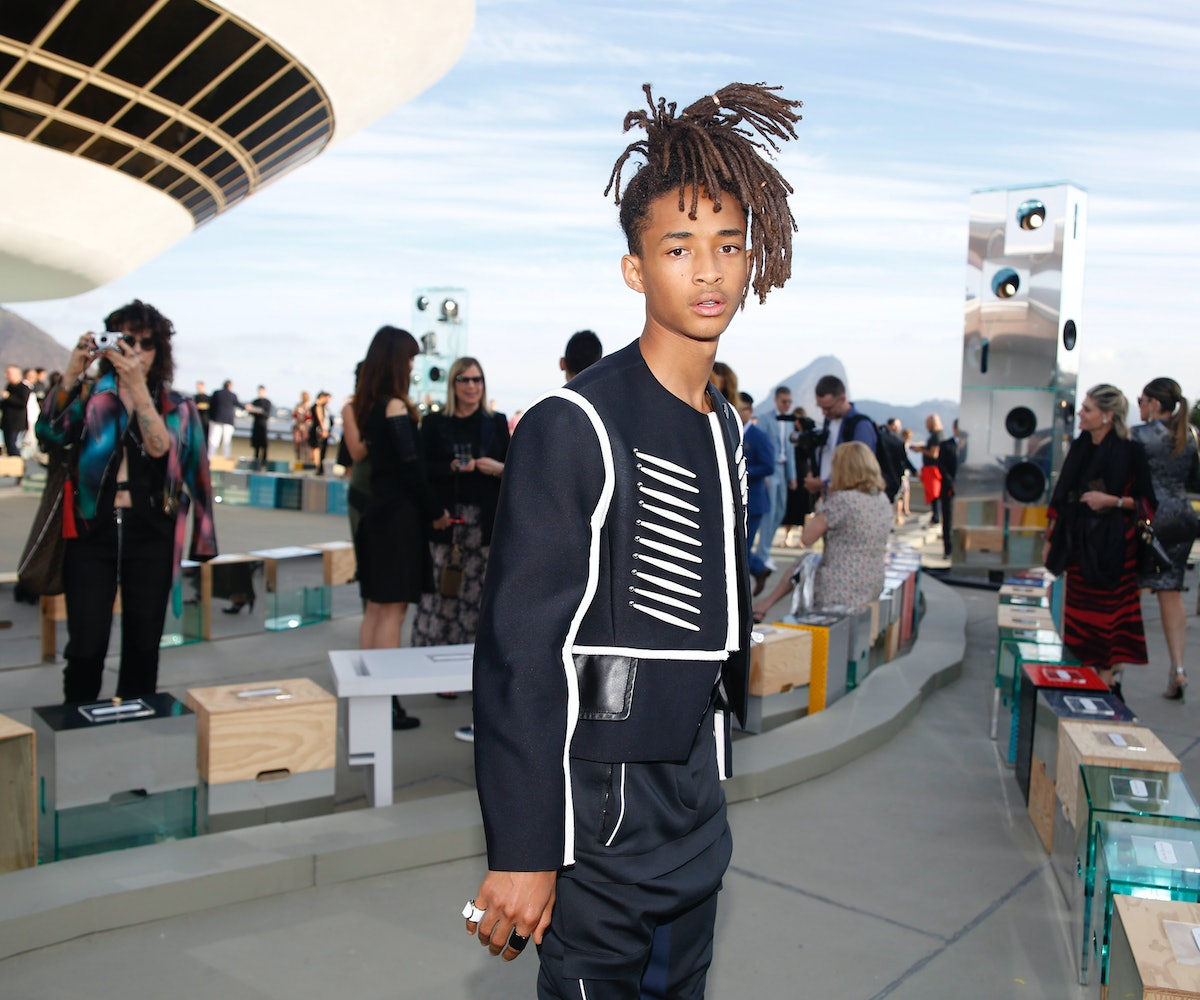 + Jaden Smith is furthering his activism involvement by signing on to participate in the Environmental Media Association's first-ever IMPACT Summit. The event will take place on March 23 at the Montage in Beverly Hills, California. The purpose of the summit is to bring entrepreneurs, entertainers, investors, and philanthropic leaders together for two days of intensive programming. The EMA's goal is to build a community of leaders who are committed to making an "IMPACT" on the future of our planet.

+ Ibtihaj Muhammad was recently detained at an airport by U.S. customs agents for approximately two hours, and she's still not sure why. The U.S. Olympics fencer was the first female Muslim athlete to win a medal for the U.S. and the first American athlete to compete while wearing a hijab. Muhammad doesn't publicly discuss the discrimination she faces often, but she was also confronted about removing her hijab by an employee at SXSW last year.

+ The newly released trailer for Netflix’s television adaptation of Justin Simien's 2014 film Dear White People has been offending a certain group of people to the point that they are canceling their subscriptions on the platform. Many of the complaints are coming from right-winged Neo-Nazis who claim that the teaser is an example of "white genocide." Netflix described the series as "satirizing" and "post-racial." Dear White People premieres on April 28.

+ Chimamanda Ngozi Adichie and Adwoa Aboah have been added to the lineup for the Women of the World Festival (WOW) at Southbank Centre on March 7 to 12. The festival focuses on celebrating gender equality and the achievements of women and discussing obstacles that are faced in everyday life.

+ FORM Arcosanti announced the full lineup for its fourth annual festival. It includes Solange, James Blake, Father John Misty, Future Islands, Skrillex, Noname, Deafheaven, Kelela, Mitski, and so many more. The music and arts festival is curated by experimental pop band Hundred Waters and takes place in Arizona at experimental eco-city and architectural landmark in the middle of the desert on May 12 to 14. If interested in attending, there are still a limited amount of tickets available to apply for here.

"When you know better, you do better." —Katonya Breaux

NEXT UP
Culture
The Madonna Biopic Is Being Scrapped
Culture
Phoebe Dynevor Will Not Return for Bridgerton Season 3
Culture
Kaia Gerber Won’t Stop Until She’s Cast As Patti Smith In A Biopic
Culture
The 2023 Oscar Nominations Full List Is Here
Style + Culture, delivered straight to your inbox.