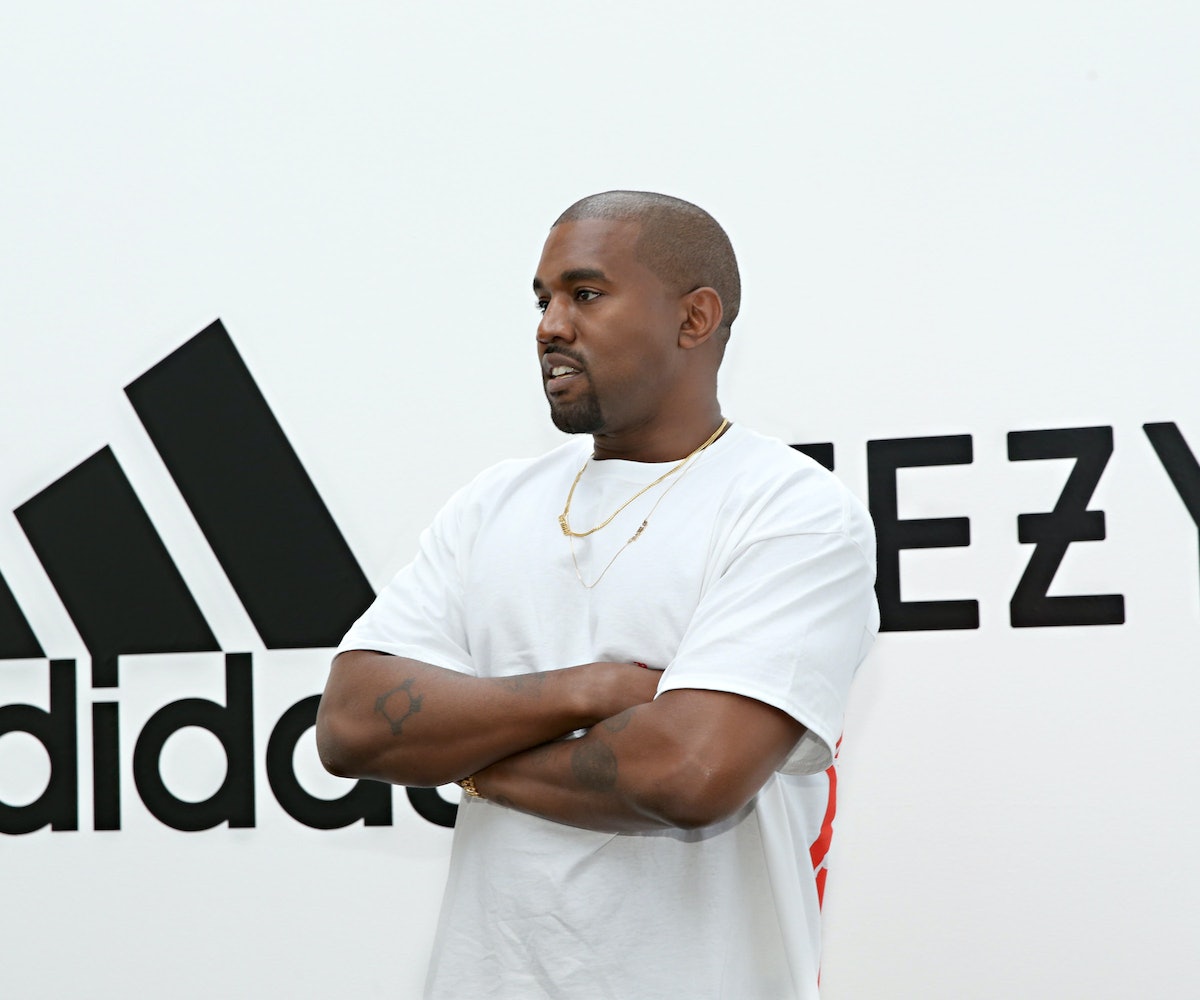 + If you've been dying to get your hands on some Yeezy of your own for the past five seasons, then you might have better luck with Kanye West's alleged new line of cosmetics. There isn't much information on what the line will consist of yet but, according to reports, it will be named after the late rapper's late mother Donda. What we really want to know is if the products will sell out quicker than Kylie's Lip Kits.

+ We all remember Britney Spears' 2007 meltdown. (I mean, how can we not?) One person out there will be able to own the very umbrella that Spears used to attack a photographer (you know, after her infamous head shaving). The item is going up for auction and is being sold by Daniel Ramos, the photographer, on the 10th-year anniversary of the incident. Ramos reportedly says half of the money will be donated to a charity of Spears' choice, so at least this will all be for a good cause.

+ A whopping 65 writers have joined PEN America to urge Donald Trump not to the pass the immigration ban. The open letter was posted online in hopes of persuading the president to repeal his January 27 executive order. The letter states: "In barring people from seven predominantly Muslim countries from entering the United States for 90 days, barring all refugees from entering the country for 120 days, and blocking migration from Syria indefinitely, your January Executive Order caused the chaos and hardship of families divided, lives disrupted, and law-abiding faced with handcuffs, detention, and deportation." You can read the rest here.

+ ANOHNI just dropped a new music video, starring artist and model Eliza Douglas, and it's pure art. The song "Paradise" is from ANOHNI's new EP of the same name, set to release on March 17 via Secretly Canadian and Rough Trade. Check out the video below.

+ Sound the alarms: Girl Scout doughnuts are a thing! This is not a drill! If your box (or five boxes) of Girl Scout Cookies haven't satisfied your craving, then you should visit Broad Street Dough Co in New Jersey. The doughnut shop has made our wildest dreams come true with their Samoas, Tagalongs, and Thin Mint inspired treats. Excuse us while we drool on our keyboards.

Kiehl’s skincare brand has a new campaign, #HealthySkinForAll, created to help customers design custom skin-care routines. Starting today through March 8, you can visit a Kiehl’s store or Kiehls.com to choose any four deluxe samples with a purchase of $65 or more, or any full-size facial cleanser with a purchase of $100. If you're shopping online, just enter the code HEALTHY at checkout.

"The question isn’t who’s going to let me; it’s who is going to stop me." —Ayn Rand