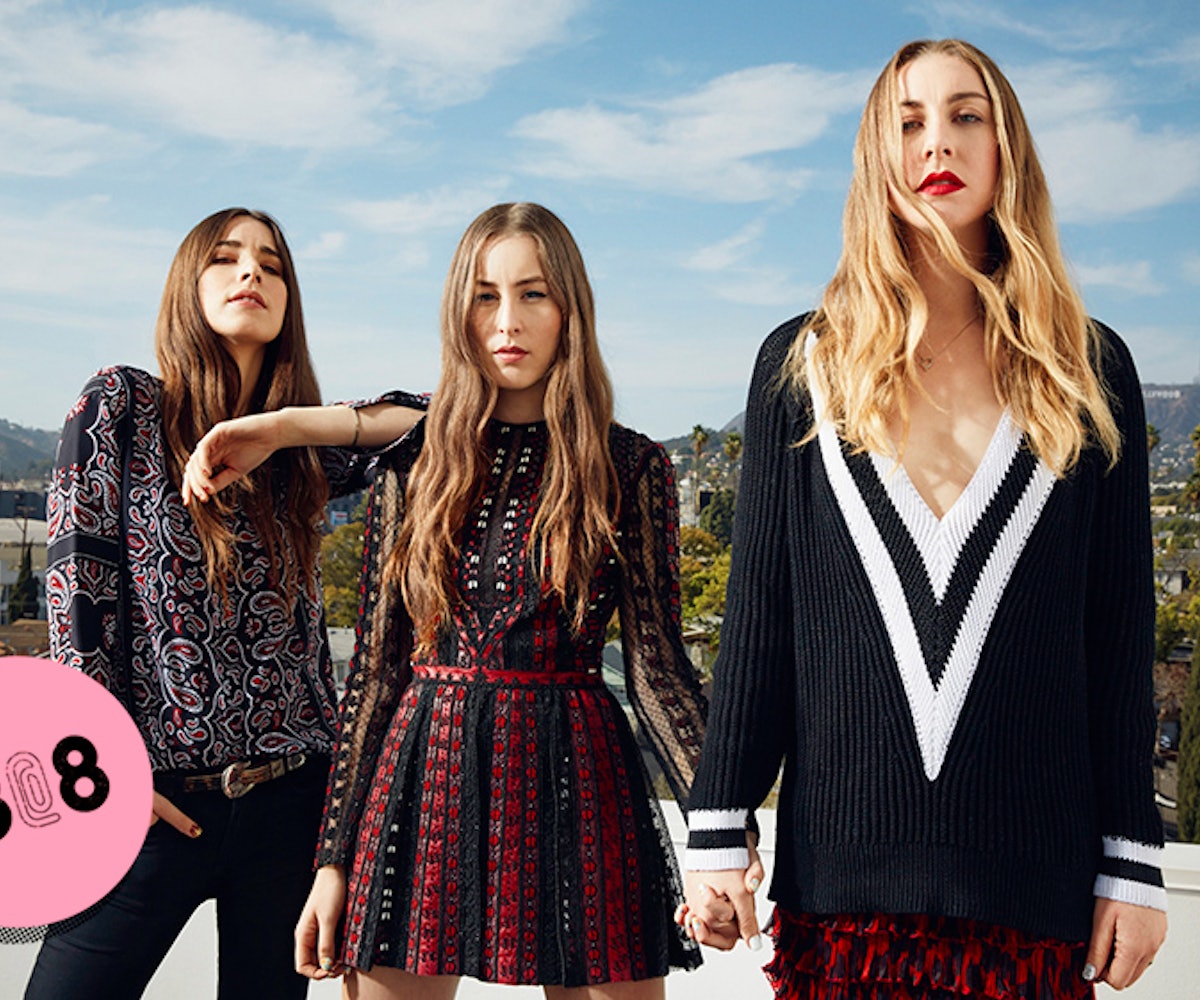 + Finally, the final Hunger Games: Mockingjay Part 1 trailer is here. Whether you're so over these previews or not, we're daring you to watch this one and not get totally pumped during the next few weeks until November 21.

+ FKA Twigs' dynamic and cinematic video game is way strong. Her latest for “Video Girl” is both haunting and full of hypnotic dance moves.

+ Cara Delevingne may not just be taking over the world, but she might be helping save it, too. The latest rumor is that the multi-hyphenate It Girl will play The Joker’s on-again, off-again girlfriend, Harley Quinn in DC Comics’ upcoming film, Suicide Squad.

+ Haim’s collaboration with Calvin Harris, “Pray to God,” off of his new album Motion, is the ultimate jam to pump you up for the end of the week.

+ Victoria’s Secret is getting some major flack on Twitter for featuring the tagline “The Perfect Body” across three models in its latest campaign image. A petition against the ad started by two students in the UK has already gained nearly 2,000 signatures.

Today is your last chance to take advantage of Porter’s 60-percent off seat sale, so book your ticket, pack your bag, and embark on an adventure.

"Someone said to me the other day, your twenties sort of happen to you and you can't really control what you're doing, and then in your thirties, you get to choose how you want to shape what happened to you." — Alexa Chung, NYLON October '13

NEXT UP
Fashion
Peter Do’s Spring 2023 Show Was A K-pop Lover’s Dream
Entertainment
The Meaning Behind Paramore's Disillusioned Anthem, "This Is Why"
Entertainment
Who Will Rihanna Bring To The Super Bowl?
Entertainment
Rina Sawayama's "Happier Than Ever" Cover Is A Must-Listen