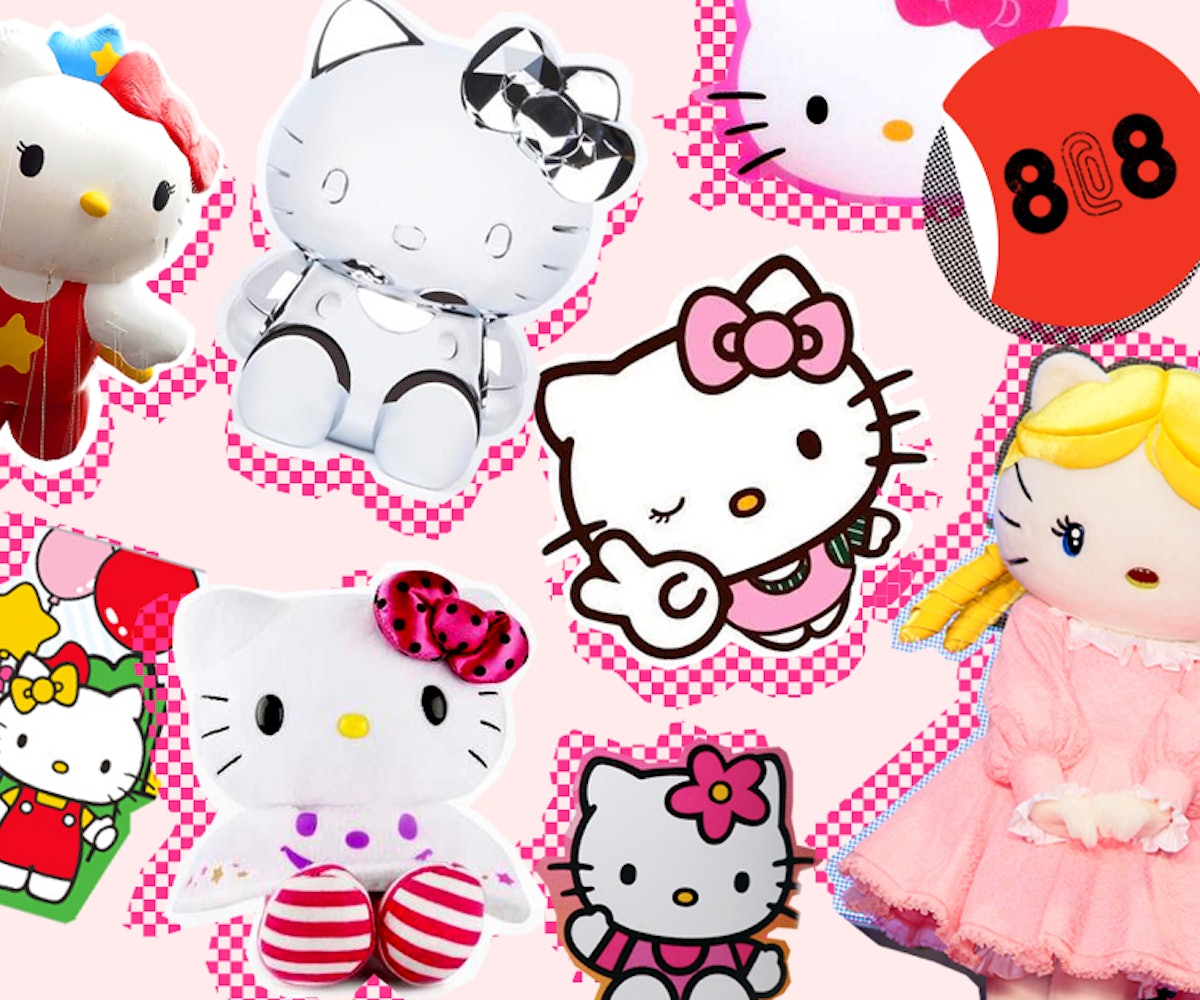 images via getty and sanrio

National Cat Day. BRB, we're petting all the cats. Actually, though. We're requesting uberKITTENS: Brought to you by Cheezburger (and totally planning on adopting some super cute felines). You should, too!

+Marvel has just announced two new films. And we're giving them major kudos for stepping up their girl-power and diversity game. The studio's first black superhero will be the star of Black Panther while Captain Marvel will feature its first female superhero.

+Listen up L.A., NYC, and Chicago: If you’re still in need for Halloween plans, or just want to support an awesome cause, UNICEF is holding its Dia de los Muertos Black & White Masquerade Ball to benefit its education programs for Syrian children this Thursday. The events are sure to be a spooktasic time all for a good cause—not to mention the L.A. ball will be hosted by Diana Agron, Cara Santana, and Jesse Metcalf.

+To celebrate the 40th anniversary of Hello Kitty—arguably the world’s favorite cat—Sanrio and Beats by Dre will debut a headphone and earphone collaboration at Hello Kitty Con October 30. Can't make it to L.A. for the event? The entire line will be available worldwide mid-November. In the meantime, check out the AMAZING headphones here.

+If you run out of ways to express your love Taylor Swift’s new album 1989, this guide of every song off the album in emojis may just be the answer.

+Peep the new video for Bleachers' (Jack Antonoff's solo project) “Rollercoaster.” Directed by Richard Shepard (Girls, Dom Hemingway), the video will give you some major road trip inspiration. But be warned: Ice cream truck not included.

When we need a good pair of shades, we know to head to Illesteva. To celebrate the opening of their New York flagship store at 29 Prince Street (hey, neighbors!), they're giving NYLON readers 10% off all in-store purchases with the password #49PRINCE.

“Girls can be so brutal to each other. I wish that weren’t true. I wish that, when people say that, I could respond, “No, that’s a myth.” Having female friends is the best thing in the world, but until I was in my early 20s, it didn’t settle down. But I k0now that you will eventually find the people who make you feel safe.” –Lena Dunham