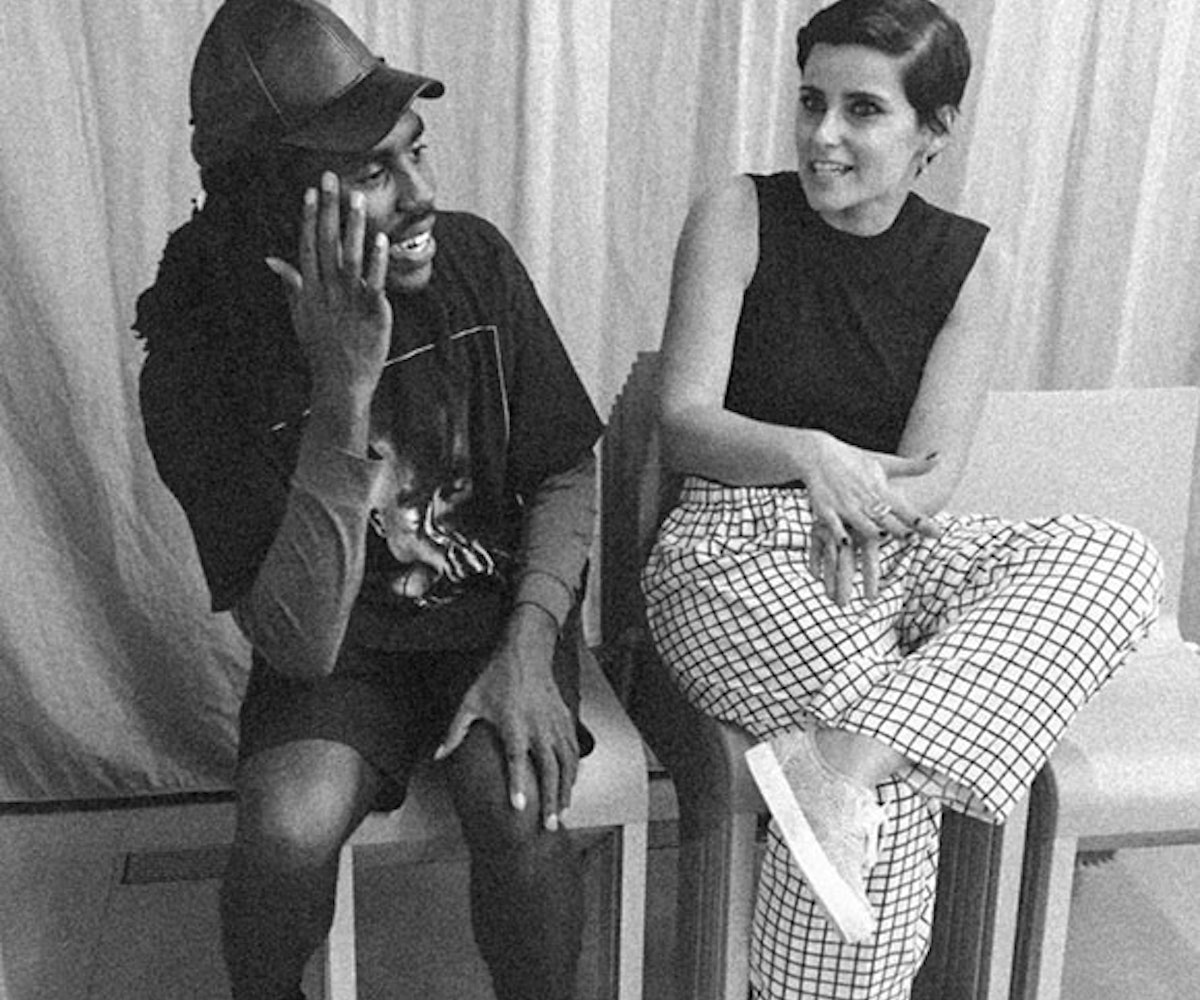 + As previously reported, Blood Orange and Nelly Furtado’s "Hadron Collider" was only released on cassette tapes available at the Blood Orange & Friends benefit shows at the Apollo Theatre, so anyone who wasn't there that night was SOL. Now, the song has finally made its way online so everyone can listen to the fire collab! Bless up.

+ Back in the '90s, Apple made a prototype pair of sneakers that never went on sale in the market. Nobody knows what happened to them!

+ BOY is debuting a new line at London Collections: Men AW16 in celebration of the iconic brand’s 40th anniversary.

+ Cynthia Nixon revealed that all of the plot lines in Sex And The City were actually based on real experiences that happened to members of the cast and crew.

Swipe an extra 40-50% off sale items at J.Crew in stores and online with the code MUSTSHOP!

"Being beautiful isn't everything...Sometimes it's interesting to show how you feel on the inside on the outside, just through expressing yourself."- FKA twigs