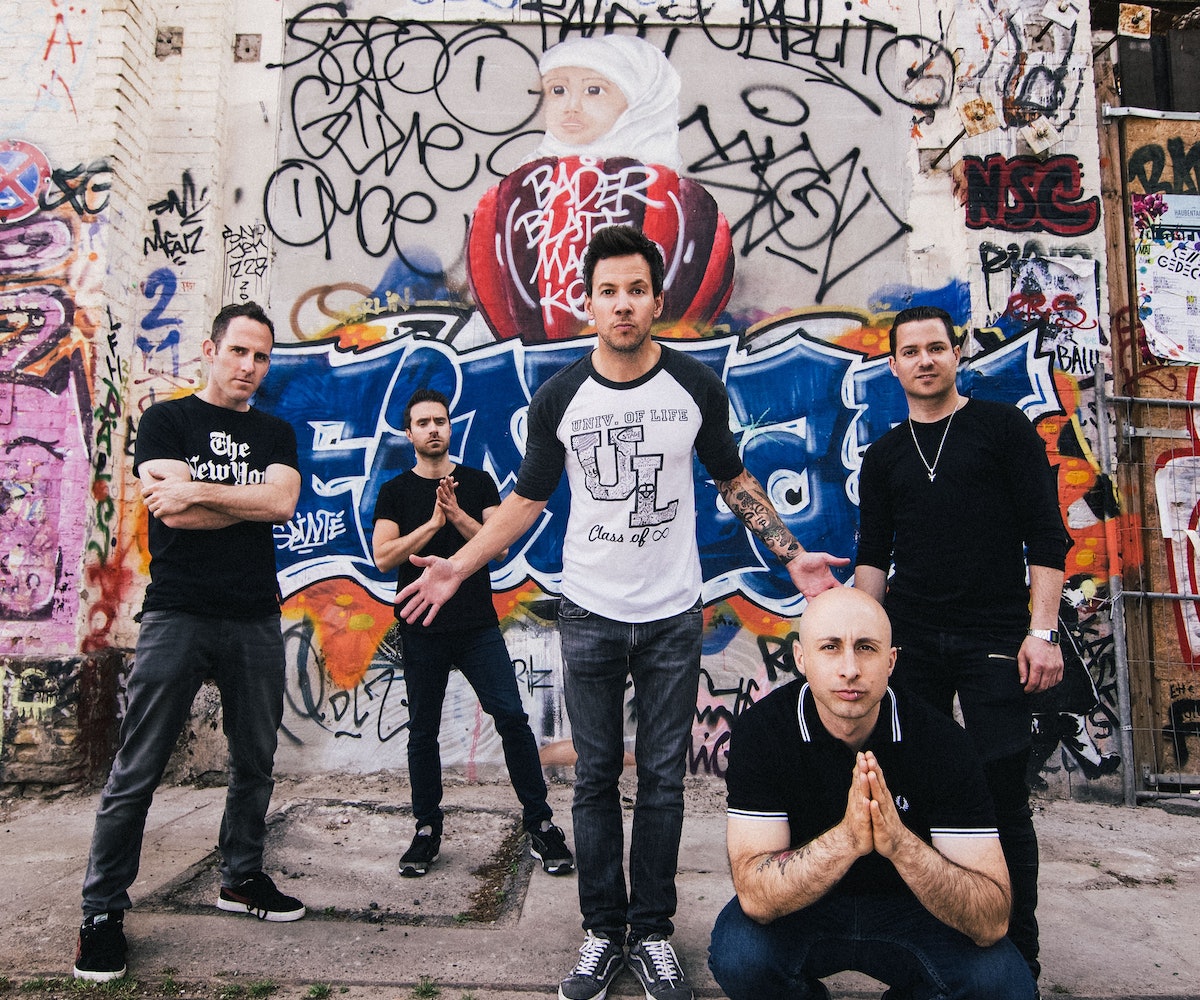 + We're freaking out. It's been 15 years since Simple Plan's two-times platinum debut album No Pads, No Helmets....Just Balls released, and, to celebrate, the band is going on a full U.S. tour, kicking off in Fort Lauderdale, Florida, and ending in San Francisco. "We felt it was important [to] take this opportunity to look back and celebrate the amazing adventure we've had as a band and as friends," they said in a press release. Mark your calendars, as tickets go on sale this Friday.

+ In other music news, Girlschool has just announced the lineup for their second women-fronted music festival, taking place on January 27 to 29 in L.A. This year will include performances by Chelsea Wolfe, The Bird and The Bee, Francisca Valenzuela, and Deap Vally, in addition to two full afternoons of talks, workshops, and panel discussions. Not only is this going to be one empowering, badass music festival, but all proceeds benefit the Rock ‘N’ Roll Camp For Girls LA. You can snag tickets here.

+ Harriet Tubman is officially being honored with a National Historical Park in upstate New York. The park will include the site of Tubman’s residence, a home she helped establish for elderly and indigent African-Americans, and the historic Thompson A.M.E. Zion Church and rectory. This park will focus on her post-Civil War work in women’s suffrage and other causes and will be a sister park to the Harriet Tubman Underground Railroad National Historical Park in Maryland.

+ Later this month, everybody can own a little bit of Balmain for themselves—well, if you live in France. Olivier Rousteing has teamed up with the French post office to design their annual collection of heart-shaped stamps, just in time for Valentine’s Day. You can expect black-and-white stripes, lacework, and architectural motifs incorporated into the design. Très chic!

+ Alicia Keys just released her first material of 2017. The artist teamed up with Montreal producer Kaytranda on the new track “Sweet F’in Love.” The song was sweetly shared on Instagram by her husband Swizz Beatz with no indication of whether this means a new album is in the works or not. Check it out, below.

Calling all astrology enthusiasts: Maje has just launched a line of zodiac necklaces. Each hammered pendant features a chic interpretation of each sign, adorned with Swarovski crystals for an added touch. Shop the full capsule, here.

“I’m sort of in love with what I don’t know. I’m in awe of what is not explainable or predictable.” —Meryl Streep

NEXT UP
Entertainment
Paramore Announces Album 'This Is Why' For February 2023
Entertainment
The Meaning Behind Paramore's Disillusioned Anthem, "This Is Why"
Fashion
Saint Laurent's Front Row Was Black And Pink And Blackpink All Over
Life
October 2022's Must-Read Book Releases