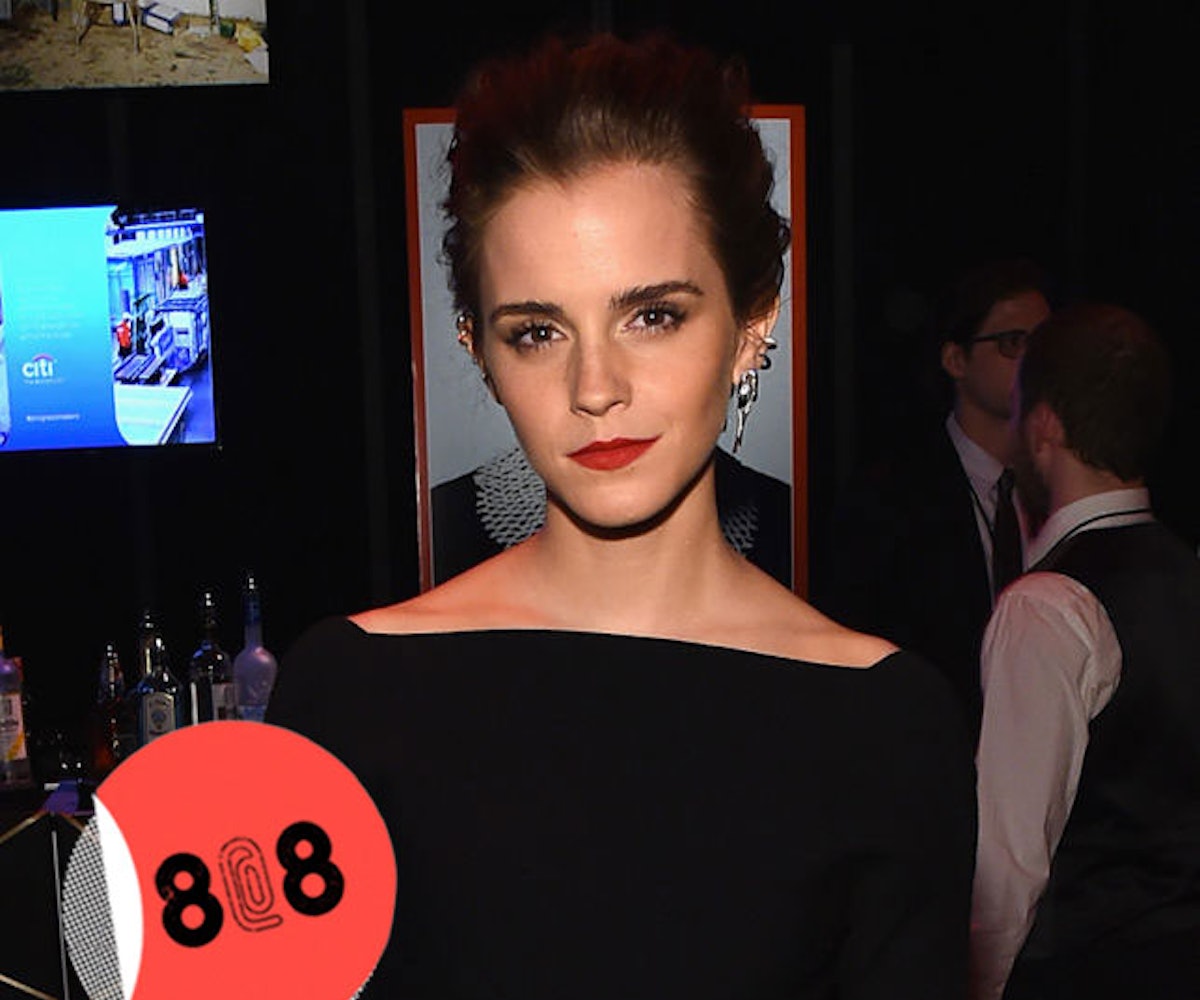 + Emma Watson started a feminist book club which you can join via Goodreads, and it has already surpassed 82,000 members.

+ In tour news, hip hop artist Tinashe has just announced a world tour for February through May with UK's Snakehips, and synth-pop project M83 have announced a North American tour in April through June, including multiple festival stops. Major Lazer will be playing a free show in Cuba this March, making them the first US musical act to perform in Cuba since diplomatic ties have been restored.

+ Sasquatch! has announced their lineup for the Memorial Day Weekend music festival, feauturing acts such as The Cure, Florence & The Machine, M83, and Grimes.

+ Kill two birds with one stone. Get your daily fix of hot dudes and adorable kittens at the same time on this amazing Instagram account.

"I like to control everything, and you cannot control everything. You have to at some point say, 'I let go and I'm going to let the cards fall where they fall'—For a control freak, it's hard." - Naomi Campbell

NEXT UP
Life
On Repeat: Vaquera’s Away Collaboration Is Brought To You By Britney Spears B-Sides
Entertainment
Paramore's "This Is Why" & 9 Other New Songs Out This Week
Entertainment
Arctic Monkeys Announced A Huge 2023 North American Tour
Entertainment
Tove Lo Announces 2023 Dirt Femme Tour