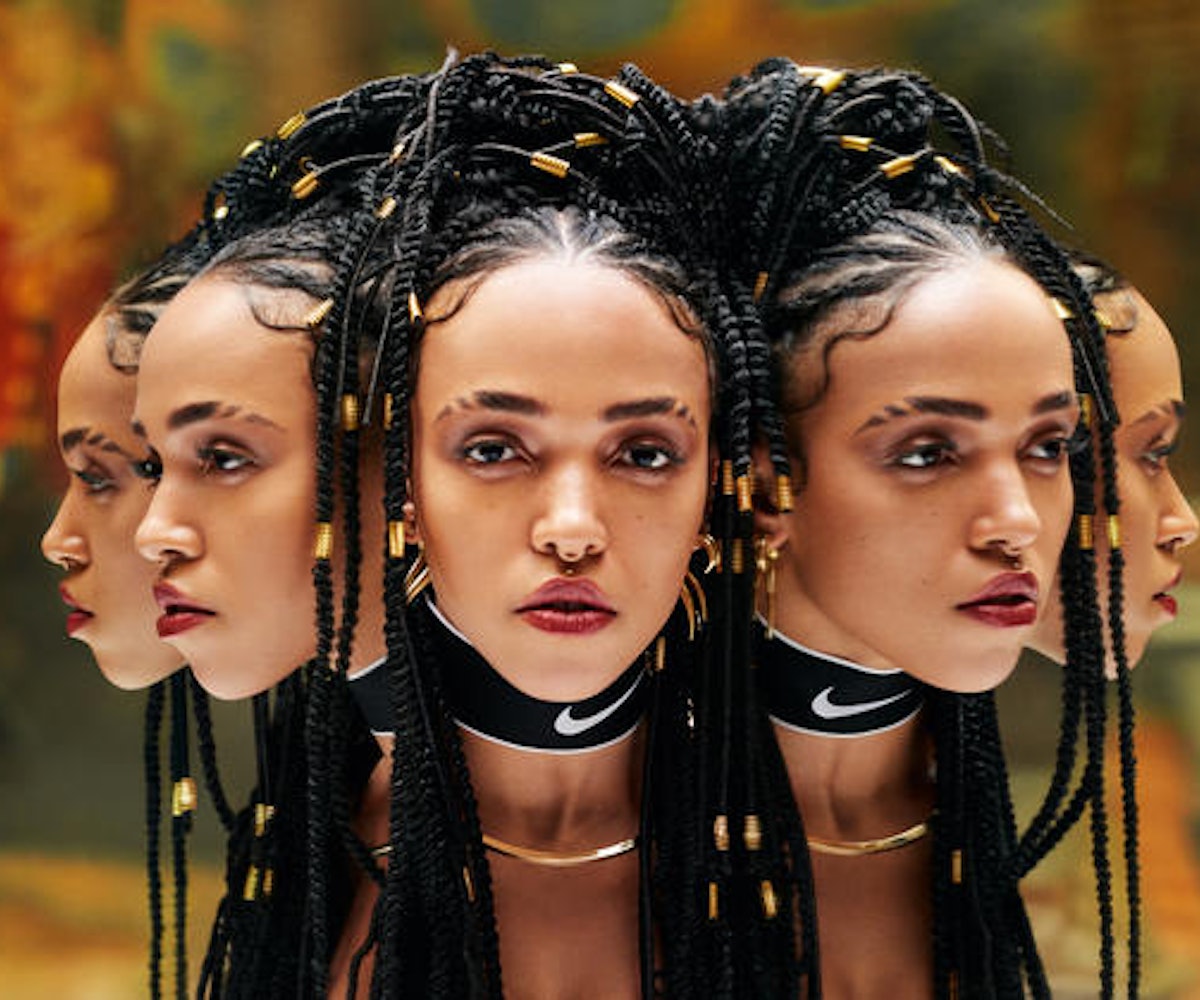 + FKA twigs teamed up with visual artist Suzannah Pettigrew on a one-of-a-kind zine. It's another piece of twigs' Do You Believe In More project, her exclusive collaboration with Nike for the brand's Women's Spring Zonal Strength Tights campaign. English Gardner, Chester Martinez, Saskia Horton, Paleta CalmQuality, Jay Kirton, Rithiely Pereira, Lilly Leithner, Latonya Swann, Kaili Bright, Madelyne Spang, Mishay Patronelli, Cyan Assiter-Clark, Oneohtrix Point Never, Motion Graphic, and David Uzochukwu also contributed to the mixed media spread. No word yet on how fans can get their hands on this rare gem, but peep some of the pages right here.

+ Lady Gaga, Natalie Portman, Charlize Theron, Blake Lively, and Isla Fisher are among 81 influential celebrities who have signed an open letter for girls' education in partnership with the organization ONE. For more information on how to get involved, click here.

+ You can now watch a virtual reality tour of the White House, led by President Barack Obama himself. Thanks Obama, for real.

+ The Women's March On Washington has dropped Texas-based anti-abortion group New Wave Feminists as a partner. A spokesperson from the organization sent the following statement to The Cut:

The Women’s March’s platform is pro-choice and that has been our stance from day one. We want to assure all of our partners, as well as participants, that we are pro-choice as clearly stated in our Unity Principles. We look forward to marching on behalf of individuals who share the view that women deserve the right to make their own reproductive decisions. The anti-choice organization in question is not a partner of the Women’s March on Washington. We apologize for this error.

+ Skrillex just dropped his first new single in 10 years. The track is called "Make War" and features From First To Last.

Graf Lantz and OAK joined forces to create a bag that dreams are essentially made of. The Loak City Tote is available in three designs: washed denim, splattered paint, and washed white denim. Add it to your closet here.

"Being beautiful isn't everything... Sometimes it's interesting to show how you feel on the inside on the outside, just through expressing yourself." —FKA twigs