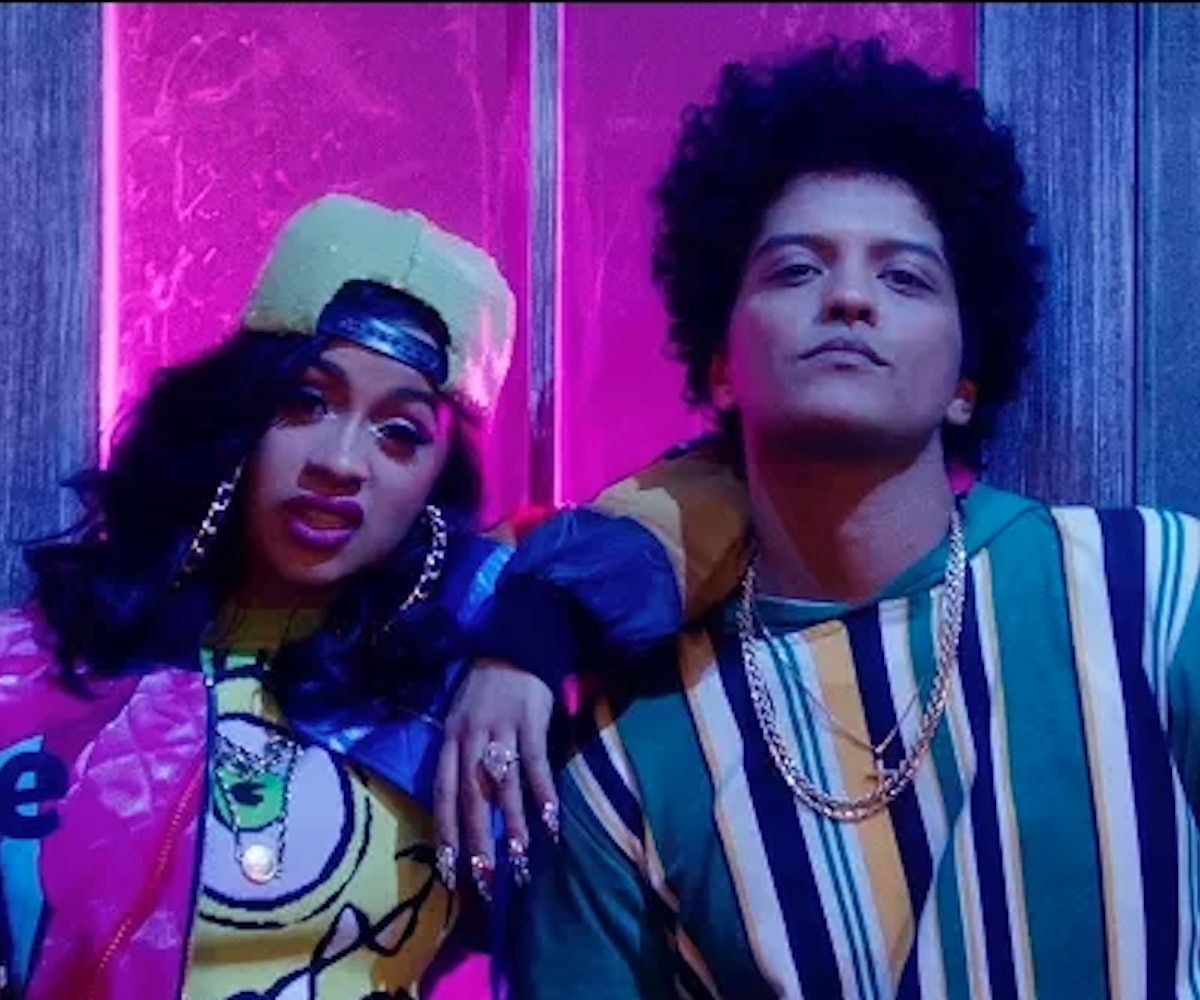 + Surprise! Cardi B and Bruno Mars not only brought us a new song to kick off the new year in style, but presented us with a video for it, too. The visual for the new single, which is a remix of Mars' song "Finesse" off his Grammy-nominated album 24K Magic, sees both artists in an In Living Color-inspired visual. It's the perfect gift for all you '90s kids out there. Groove with the duo in their new video, below.

+ Kerry Washington's Olivia Pope and Viola Davis' Annalise Keating will finally meet in a new Scandal and How to Get Away with Murder crossover, aptly titled How to Get Away with Scandal. There's no word on when the specific episode will air, but both shows will return on January 18 at 9 and 10pm, respectively, on ABC. Until then, let these adorable photos of Davis and Washington in character hold you over.

+ E.l.f. Cosmetics just announced a brand-new pore-minimizing primer mask that will give you an Instagram-ready glow without any filters. Get yours here or at an IRL E.l.f. store for just $2.

+ Taco Bell will soon be adding nacho fries to its menu. For a limited time starting January 25, you can get your hands on fries dusted with habanero seasoning or "loaded" with beef, pico de gallo, sour cream, and nacho cheese. A regular order will start at $1, Supreme will be $2.49, and Bell Grande $3.49. The fries are the chain's first foray into its new $1 menu.

+ It appears that Ariana Grande is about to drop some new music. The pop superstar shared an Instagram video of a clip of an upcoming new single, and it sounds heavenly. Take a listen, below.

Just because the holiday season is over doesn't mean you can't still shop until you drop! Head over to Anthropologie and take an extra 40 percent off of their sale section. Spend now, thank us later.

"Be passionate and move forward with gusto every single hour of every single day until you reach your goal." — Ava DuVernay