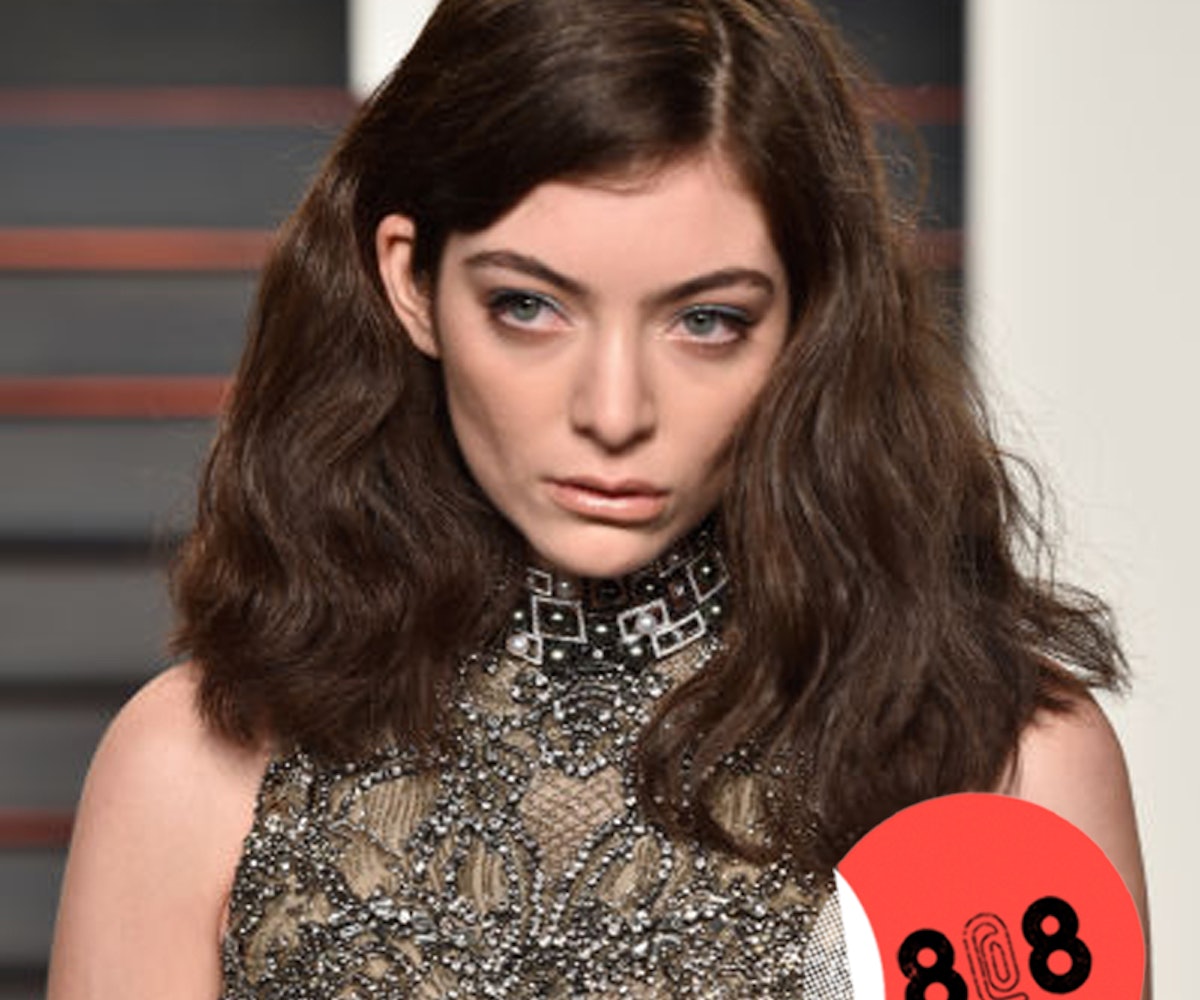 + Lorde recently donated $14,500 to the Fuel the Need Charity. The organization aims to provide lunches to children who otherwise wouldn't have access to them. Each meal costs $3, and the organization's goal is to raise $30,000 over the course of the school year. Thanks to Ella Yelich-O'Connor (Lorde posted the donation under her real name), they're nearly there.

+ Gabby Douglas graces the cover of Teen Vogue this month where she discusses her hopes for the Rio Olympic Games, both professional and personal. At the 2012 London Olympics, Douglas shattered records and established precedents that the sport had never seen before. How could she possibly top that? She's Gabby Douglas, that's how.

+ '90s kids rejoice! Lisa Frank is coming out with a coloring book. Coming to the Dollar General in July, Frank, known for intricate and colorful designs of rainbows and puppies, will debut the book specifically targeted to adults. We can't wait to feel like kids again.

+ New research shows that if you are healthy and not pregnant, annual pelvic exams are unnecessary. The point of annual pelvic exams is to detect cancer or abnormalities in the region. However, new evidence suggests that certain problems they are looking for in these exams do not benefit at all from early detection. You would be given the same treatment if you waited for specific symptoms to arise.

+ Today, Jamie xx will release the video for his song "Gosh," off of his Grammy-nominated album In Colour. His record label, Young Turks, shared a clip of it. Catch it below.

Skrillex's company, OWSLA, and clothing company Pink Dolphin have teamed up for a new clothing capsule. The collaboration features punk styles mixed with bright colors. Styles vary from T-shirts to hoodies and range from $35 to $85. Grab the capsule here.

"My message is to never quit, never give up. When you have a little trouble here and there, just keep fighting. In the end, it will pay off." —Gabby Douglas